The fourth game of the World Series has commenced with the Braves beating the Astros 3-2. The Braves lead the series 3-1 and can win the World Series tonight with a victory at home. In last night’s matchup The Astros scored first in the first inning with Carlos Correa grounding out, while scoring Jose Altuve in the fielder’s choice. This run was scored off of Dylan Lee in his first ever MLB start.  He didn’t last long, in fact he was pulled in the first inning after only getting a single out.

The Astros struck again in the 4th when Altuve hit a solo home run off of Mike Wright. The rest of the game was all Braves. Eddie Rosario scored off of a single from Austin Riley in the 6th. But after the 7th inning stretch is when the Braves clinched the victory with a pair of back to back solo home runs from Dansby Swanson and Jorge Soler, sending the crowd in a frenzy.

A great way to learn more about baseball odds is by visiting our Betting Tips page for detailed clarification. 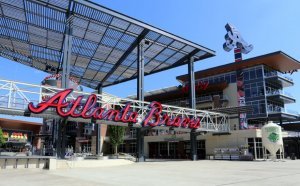 Tyler Matzek gets the victory in tonight’s matchup only going one scoreless inning shutting out the Astros at the beginning of the 7th. Luke Jackson threw a scoreless 8th inning with a strikeout to earn one of the biggest holds in his career. Veteran reliever Will Smith, not to be confused with the actor, also threw a scoreless inning with a strikeout to receive the coveted save. Although Dylan Lee failed at his first MLB start, giving up two walks, a hit, and a run while only harvesting one out, the game was still manageable for the Braves. The rest of the team picked up the slack and held off the Astros dynamic offense enough for the Braves to get hot later in the game.

Although  the ‘Stros scored early on gamble reliever-turned-starter Dylan Lee, it wasn’t pretty. Altuve was the lone Astro to cross home plate today, though he is still just batting .222 in this series. Bregman and Alvarez are batting under .100 during the World Series making their 3rd and 4th spots in the lineup extremely exploitable. Alvarez did walk twice, but together the meat of the lineup went 0-8 tonight. Carlos Correa did go 1-4 raising his abysmal series average to .143. If the Astros have any chance of coming back in this series. They need more production from their 1-5 spots in the lineup.

Game 5 Matchup Preview: Trick or Treat for the Astros

In tonight’s Halloween game the Astros are throwing out Framber Valdez who has a 1-1 record with a 6.35 ERA this postseason, although he pitched rather well in the regular season boasting an 11-6 record with an impressive 3.14 ERA.

On the other side, Morton’s injury to the Braves forces them to start Tucker Davidson, who has a 0-0 record and 3.60 ERA in only 4 games this year. The last game that he has pitched in the majors was on June 15th against Boston where he imploded with 5 runs in 2.1 innings. It has been 4.5 months since Davidson has pitched in the majors and he will not have a long leash. Look for the Braves to go back to their bullpen (arm barn) early tonight. Although it would be chaotically beautiful to see the Braves win at home in a 4-1 sweep, I’d expect this Halloween game to go the Astros way.

Yordan Alvarez has been consistently solid during the playoffs, but has struggled recently during this high-stakes series. Look for Alvarez to return to his .356  playoff average, and Tucker to continue raking in RBIs. Tucker has 15 this playoff, which is 6 more than anyone else on his team. 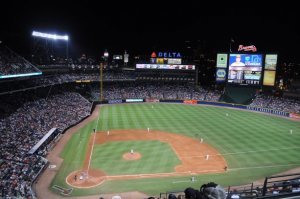 With Valdez pitching, the Astros look like a good choice. They currently hold a -1.5 spread on tonight, which with a new starting pitcher and a second bullpen game back to back nights, I’d expect them to win by at least 2 runs. Tonight will either be a Houston victory giving many sports betters a treat, or a trick as the Braves could win it all in only 5 games played, keeping the postseason solely in October.

To find a great edge for this World Series matchup look to the Betting Strategies for Baseball page.