After upsetting the top two seeds in the AFC with game-winning field goals in back-to-back weeks, the Cincinnati Bengals are bound for Super Bowl LVI in Los Angeles. Zac Taylor’s team faces the hometown Rams on February 13 as the 2021 NFL season comes to a close. The Rams are the betting favorite by more than a field goal, but fans underestimate Cincinnati’s abilities.

The Bengals are primed to bring a Lombardi Trophy to Cincinnati for the first time in franchise history. This young team has swagger, and they feel invincible on the field. I’m sure Sean McVay and the Rams won’t go down easy, but there’s almost nothing stopping Burrow’s Bengals from winning their fourth consecutive playoff game, more than the franchise won in its last 39 seasons. 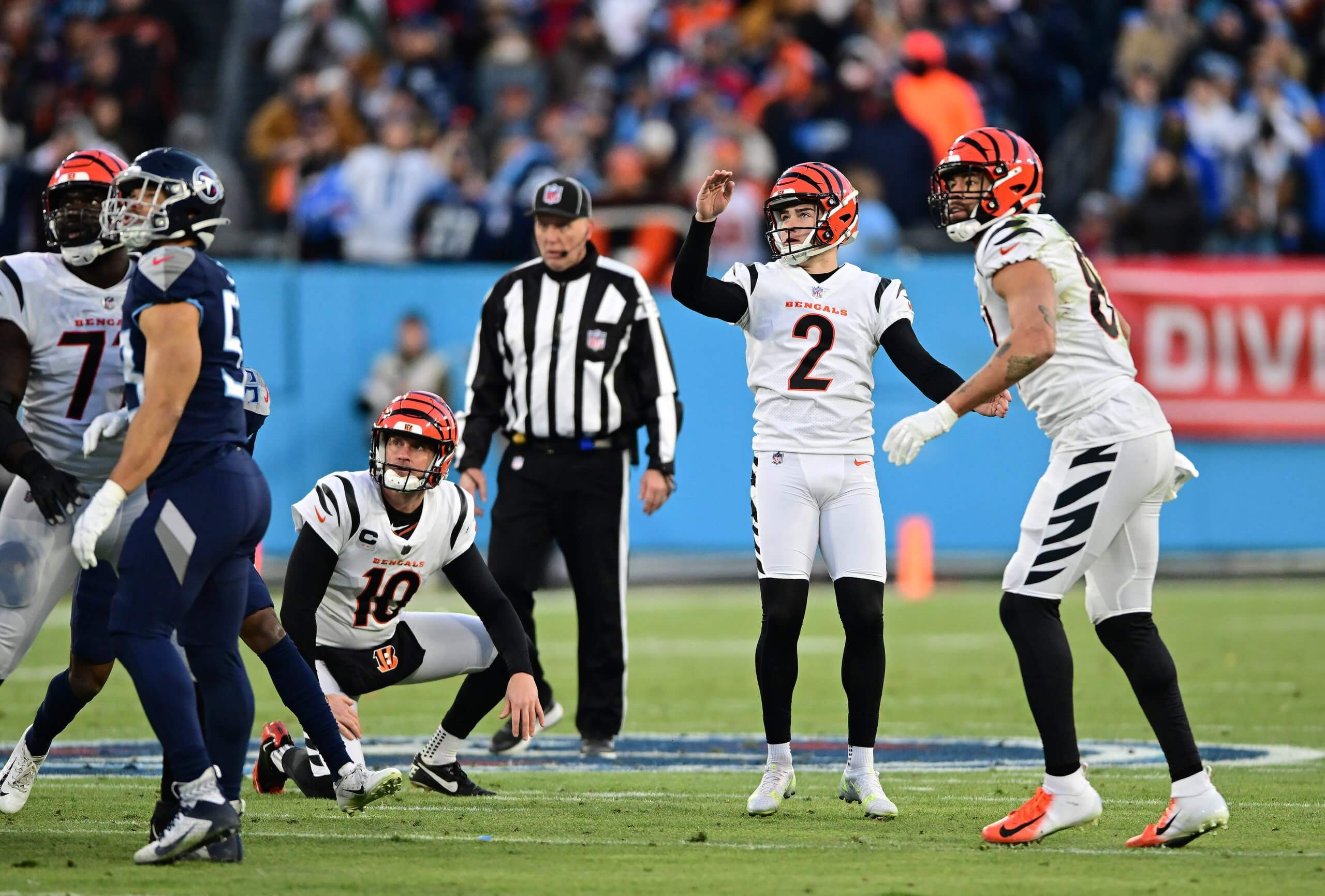 In only his second season, Burrow is already a better quarterback than Stafford. Many fans placed bets on the former Lion winning the MVP this year, expecting he would have a monster season in McVay’s system. Stafford is still an above-average quarterback, but he didn’t sniff the MVP debate down the stretch. On the other hand, Burrow was the third-best quarterback in the regular season and deserves some MVP votes.

Burrow was excellent during the regular season. He led all qualified quarterbacks in yards per pass attempt (8.9), finished third in yards per game (288.2), first in completion percentage (70.4%), second in passer rating (108.3), and first in Pro Football Focus’ passing grade (91.2). With Tom Brady retiring, Burrow is already a top-three quarterback with some combination of Josh Allen, Patrick Mahomes, or Aaron Rodgers above him.

The former Heisman Trophy winner has the “it” factor every team looks for in the draft. He hasn’t had the best postseason run so far, but I expect Burrow will pull things together and outperform Stafford in the Super Bowl.

This Super Bowl features some of the NFL’s best receivers. Los Angeles boasts Odell Beckham Jr. and Cooper Kupp (who have more receiving yards than any teammates this postseason) along with Van Jefferson. Meanwhile, the Bengals have one of the game’s most electric, young wide receiver duos in Chase and Higgins, complemented by Tyler Boyd.

The wide receiver stardom swings in favor of Cincinnati because Los Angeles surprisingly doesn’t have many great coverage options. Jalen Ramsey is a dominant player, but few other Rams defensive backs have hit their stride this postseason.

Darious Williams is struggling to find consistency, Nick Scott had one career start entering the playoffs, and Eric Weddle is 37 years old and a few weeks removed from enjoying retirement. As we saw last week against Kansas City, even if the Rams double cover Chase with Ramsey and a safety over the top, Higgins will dominate against Williams.

The media spends plenty of time talking about Aaron Donald, Von Miller, and Ramsey, but the Bengals have several extremely talented players on defense. Defensive end Trey Hendrickson has 86 pressures and 16.5 sacks this year (including playoff totals). Jessie Bates III struggled during the regular season, but he and Vonn Bell are playing out of their minds. Slot corner Mike Hilton and interior linemen B.J. Hill and D.J. Reader are unheralded heroes of this Super Bowl run.

Rams fans will feel uneasy if the game comes down to a field goal. The rookie fifth-round pick is 12-12 on field goals this postseason, including three kicks from over 50 yards. McPherson has hit game-winners as time expired against the Chiefs in Week 17 and Tennessee in the Divisional Round, and he sent Kansas City packing with a 31-yard boot in overtime in the AFC Championship.