After sifting through some lackluster Thursday Night Football matchups we finally have one to look forward to. The 3-1 Rams are coming off their first loss of the season and head to Seattle to take on divisional foes, the 2-2 Seahawks. We’ll give you all of the tips you need for this edition of Thursday Night Football, but be sure to check out Betting.net’s Best Football Strategies before you bet any other game this weekend. All odds are brought to you courtesy of the FanDuel Sportsbook, home of the $2,000 risk free bet. 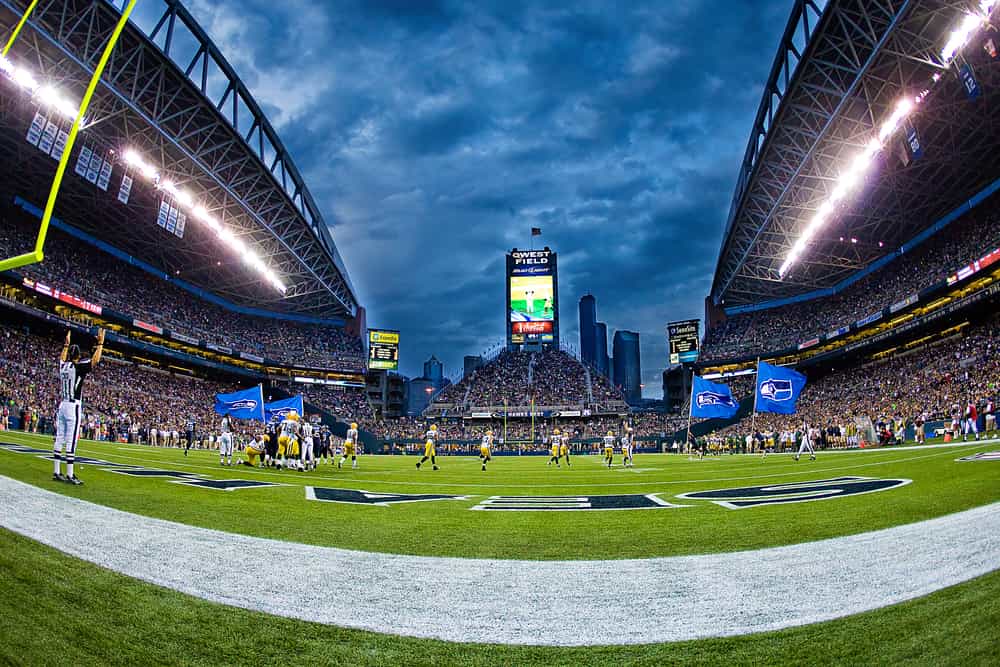 This line has bounced around a bit, starting the week at -1 for the Rams before going all the way up to -2.5. Even still, this looks like a good bet for Los Angeles. The Rams played against the Seahawks three times last season, and went 2-1, 1-1 in Seattle. For all three of those games, Los Angeles had Jared Goff under center. Now, they’re gotten an upgrade in Matt Stafford, and with him the team has become more explosive than ever.

Over their past eight games, the Rams are 5-3 against the spread, and have covered in four of their last five. Even in Seattle with the 12th man cheering loud, the Rams should be able to win this one by more than a field goal.

Both teams have great quarterbacks, solid run games and dynamic wide receiver duos. For this reason it can be easy to talk yourself into taking the over. However, I see the under more likely to hit in this one. The last three times these teams faced each other in the regular season, the game combined for less than 40 points. Everyone knows the Rams have a great defense between Aaron Donald and Jalen Ramsey, but the Seahawks also play much better defense whenever they’re at home.

I see this game going over the 40 point threshold and maybe even close to 50, but not the shootout that 54.5 points implies. I wouldn’t be surprised to see the spread or the points shift leading up to Thursday night’s kickoff. To get the latest and best odds visit Betting.net’s Best Football Odds page for the best live odds.

Even with Russell Wilson in the backfield, Pete Carroll loves to establish the run early. Carson gets plenty of work rushing over a dozen times in each contest so far and scoring three TDs in four games. If the Seahawks get the ball to start the game, look for them to march down the field and punch it into the endzone with a plunge from Carson.

If you buy into the narrative that Carson scores on the first drive of the game, why not take a flyer on him scoring again in the second half as well. There’s big money to gain if this one hits.

Woods is a great receiver, but has been relegated by Matt Stafford behind the likes of Cooper Kupp and even Van Jefferson at times. Woods has only eclipsed 50 receiving yards once this season and he had to be targeted nine times in order to do so.

These divisional matchups have notoriously slow starts. I’d be surprised if both teams are able to go down the field and score a touchdown. What’s more likely is that one team does and the other is lucky to get a field goal.

Before you go place your bets make sure you’re getting the most bang for your buck.

Take a look at our Best Betting Offers Page for all the best Promos.

This Monday Night we have the rare opportunity to watch two games ...