Looking forward to this week’s matchup, we’ll examine the moneyline, spread, and anytime touchdown scorers in the Week 10 showdown on Thursday. With constant injury news after a wacky Week 9, check the football odds comparison tool, which has updated odds on all the matchups. 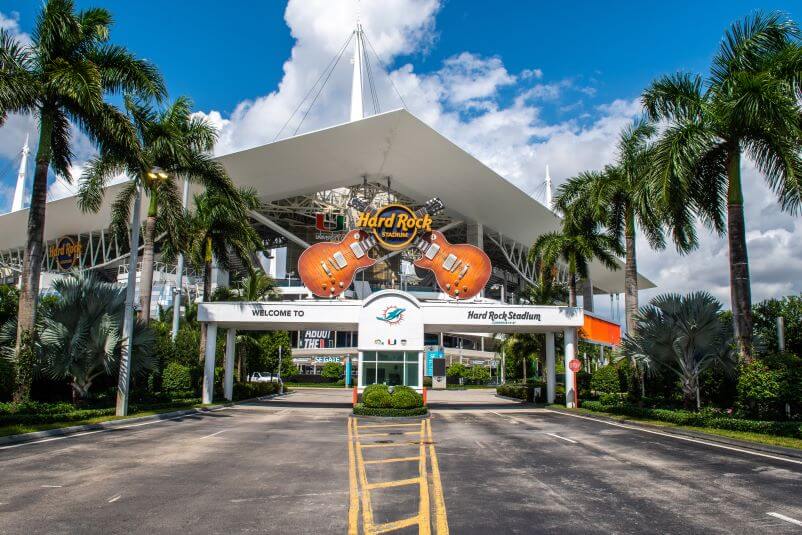 It’s not hard to choose the Ravens as winners in this game. The Dolphins’ 2-7 record is an accurate depiction of their struggles throughout the season. Their only two wins are against the Patriots in Week 1 and perhaps the only team worse than them, the Houston Texans, in Week 9. They average surrendering almost 400 total yards per game to the opposing offenses, and allow an average of 27 points per game, while only averaging 17 themselves. Their best games played have had QB Tua Tagovailoa under center though. However, Tua is a game-time decision for Thursday with a finger injury.

Since the Ravens are playing a 2-7 Dolphins team on a short week, look for the Ravens defense to struggle and make the game closer than it needs to be. On the offense, Lamar Jackson looks great, TE/receivers Mark Andrews, Hollywood Brown, & Rashod Bateman look great, and the rest of the team is good enough for a win, but not a pretty one.

On the other side, the 6-2 Ravens have played to the skill of their opposing teams so far this year. In games they should of won comfortably (Detroit & Indianapolis) they only won by 2 & 6 points respectively. Against average teams (Denver & Minnesota), the Ravens only beat Denver by over two scores because the then-hot Bridgewater got hurt midgame, and they only beat the Vikings by 3. The Ravens also roasted the Chargers (34-6), yet got roasted themselves by the Bengals (41-17). Furthermore, the Ravens have looked good enough, but play to ability of their opponent.

This game could be even closer, and possibly even an upset if Tua gets to play for the Dolphins. In the 4 games he played he beat the Patriots, and brought the game in one score between the Jaguars and Falcons. When the Bills were shining, Tua even made it closer than it should have been with only a 15 point deficit (compared to the 35 deficit to the Bills under backup Brissett). In conclusion, use this information to maximize your bets with a whole page dedicated to giving you the best offers from betting sites in your area.

He consistently receives about 6-8 targets a game and has scored a touchdown twice this year. With WRs Parker & Fuller on the IR, it should be Gesicki, Waddle, and Gaskin receiving most of the receptions for the Dolphins. However, the Ravens are the 31st team to give up fantasy points to TEs, so look for the TE who lines up as a receiver to bring one in.

Bateman is quietly having a solid rookie debut. In his 3 games played since missing the preseason and early season due to injury he has commanded 6-6-8 targets in those three matchups. It is only a matter of time for his breakout performance to match those targets and what he is doing with them so far. It’s a bigger gamble, but look for Bateman to get his first NFL TD this week in Miami.

Review any last minute betting strategies before placing any bets for this TNF game that could continue the surprises of Week 9.