DraftKings Review
Nothing Found
About betting.net
Betting.net / News / Wait ‘Til Next Year For Missouri Sports Betting

Things were looking very promising for Missouri sports bettors early in the 2022 legislative session. Legislation passed the state’s House of Representatives, but it stalled out in the Senate and was not passed before the session closed last Friday. 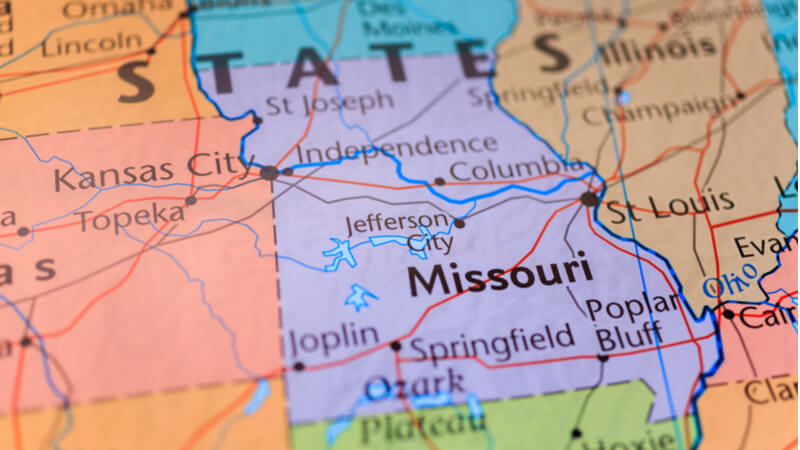 Unfortunately, MO fans will have to wait another year for top bookmakers to join the state. As 2022 began, it looked like Kansas and Missouri were racing to see who could make sports betting legal first, and it was widely speculated that the two states would follow each other’s lead if one was able to make progress. That prognosis did not come to fruition, as Kansas was able to pass legislation that legalized sports betting in the state and likely will begin taking bets by the time the NFL season begins, while Missouri was unable to push their legislation over the finish line and will be forced to wait until 2023 to try again. While sports betting gained a lot of momentum in 2022, there are many variables that make it passing in 2023 far from a done deal.

Three separate bills with various minor differences were considered and presented to the interested parties in the state in the interest of generating support. The version that made it the farthest featured a 10% tax rate and a guarantee of the ability for each of Missouri’s six professional sports franchises to operate their own online sportsbook. Overall, the bill would have allowed for 39 total online “skins”, divided amongst the six sports teams and the state’s six casinos.

Missouri State Senator Danny Hoskins claims to be in favor of legalizing sports betting in Missouri, but it was his objections that ultimately sealed the fate of the failed legislation. First Hoskins insisted that allowing video lottery terminals (VLTs) be included in the bill, a provision long considered a “poison pill” for any piece of legislation. Why Hoskins chose to tie the two unrelated issues together is unclear, as obviously legal sports betting has little to do with the legality of what amounts to a slot machine located outside of a casino. Hoskins eventually softened on the VLT issue, but held fast on his demands to more than double the proposed tax rate on sports betting revenues which ended up causing the failure of the bill.

The bill that passed the Missouri House of Representatives featured a 10% tax rate on sports betting revenues. Supporters of the 10% tax rate pointed out that the rate was in line with neighboring states. Keeping the tax rate competitive with neighboring states ensures that Missouri sports bettors won’t continue to travel over state lines in search of better odds and more attractive promotional offers, and also ensures that black market operators will not hold as significant an advantage over legal sportsbooks that dutifully pay their taxes. Senator Hoskins insisted on a 21% tax rate, mirroring the taxes imposed on the state’s casino gambling revenues. He claimed that casinos were universally opposed to any legislation that did not tax sports betting revenue at the same rate as casino gaming revenue.

The people of Missouri are the losers here

The ability for Missouri sports bettors to place legal wages was denied in spite of widespread public support as well as the support of all the state’s major sports franchises. Most Missouri sports bettors likely do not care about any casino’s perceived slight of being faced with different tax rates, they only want their elected officials to perform their civic duty by enacting laws that they are in favor of instead of delaying them due to pressure from corporate interests. The tax rate in the proposed legislation was designed to be in the best interest of the state generating tax revenue and to ensure that Missouri sportsbooks are put in the best possible position to succeed. Given that the casinos would benefit from the same lower tax rate on their own sports betting revenues, their opposition appears to be little more than sour grapes.

It is frustrating for Missouri sports bettors who will have to wait at least another year before being able to legally place wagers from the comfort of their own home, when it seems like it should have been easy for the state to pass this legislation and allow casinos to take up any issues with casino gaming tax rates or video lottery terminals in separate legal efforts. Fortunately for many Missouri residents, especially those in the state’s largest population center of St. Louis, online sports betting is legal in Iowa, Illinois, and Arkansas and will be legal in Kansas very soon, so they can find the freedom to place their wagers just a short drive away.

We might see these top providers in MO next year, then!