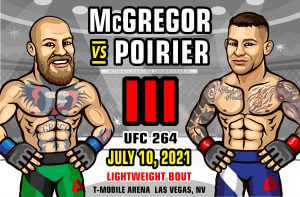 Velasquez vs. Dos Santos, Ali vs. Frazier, The Lord of Rings. All famous trilogies in their own right, and could soon be joined by McGregor vs. Poirier as the pair clash for the third time this Saturday July 10th in Las Vegas Nevada at UFC 264.

We have to go all way back to 2014 and UFC 178 when the two were Featherweight’s for their first bout in which Conor trash talked his way to a first round TKO in less than two minutes time. It then took seven years and a jump to the lightweight division for the two southpaws to meet again in January 2021 at UFC 257. While he undoubtedly won the first round, McGregor suffered a barrage of kicks to his front right leg which allowed Poirier to close the distance and ultimately pummel McGregor to the ground in the second round for the Irishman’s first and only TKO loss. Before Poirier’s fist could be raised in the air as champion, the two were already speaking of a rubber match.

Conor McGregor hardly needs any introduction. The man known as “Notorious” was just as well known for his brash personality out of the octagon as he was for his aggressive fighting style and knock-out power within it. Nowadays the 5th ranked lightweight is 32 years old and while he has seemed to simmer some, he is still must-watch TV and a win vs Poirier could mean another shot at the title.

Dustin Poirier has steadily climbed the ladder to the number 1 ranked lightweight with only two losses since his first matchup with McGregor in 2014. Dustin, “The Diamond” has absolute sledgehammers for fists and a rare ability to drop opponents to the floor with his right just as well as his dominant left. A win on Saturday would cement him as one of the best fighters in the game and a favorite to be the next Lightweight Champion. 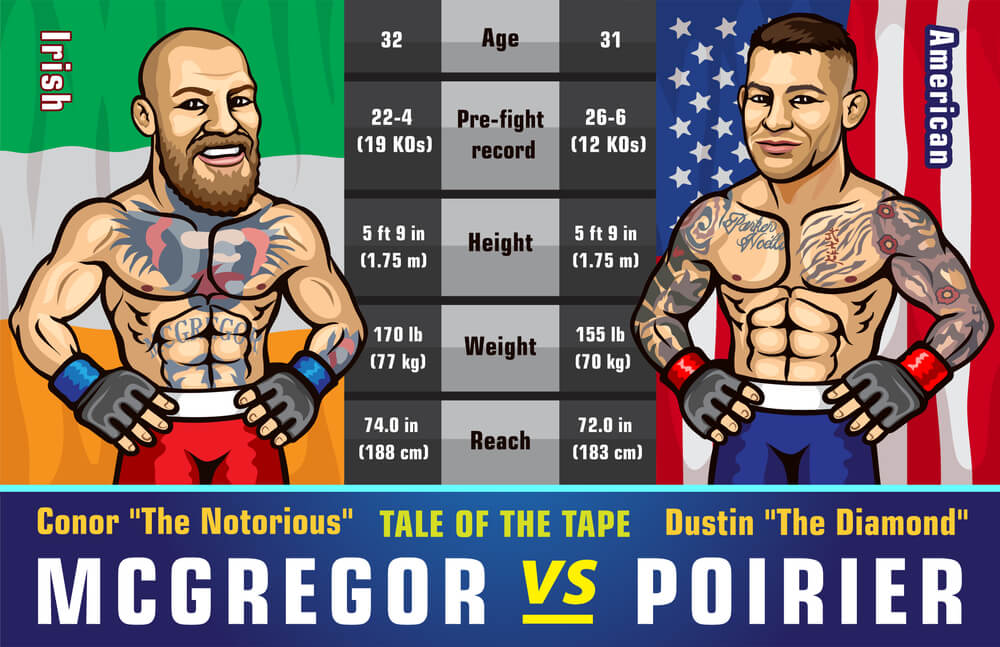 Back in January I doubt anyone thought the tie-breaker would come this soon, but less than six months later it is here, and we are all for it! After losing three out of his last six fights, Conor McGregor wants to prove that he’s still the best in the business. Meanwhile, Dustin Poirier passed up on a chance to compete for the vacated Lightweight title so that he can show the world his last victory was no fluke. Oddsmakers and fans alike doubt this fight will get through all five rounds and who can blame them with two strikers like these who could easily end the fight with any one punch.

While the Main Event will likely go down as a classic, the undercard may turn out to be just as interesting. It will pit the #2 Welterweight Gilbert Burns vs. the #4 Stephen Thompson. In the well rounded world of MMA this match is a throwback to simpler times as Burns, a Brazilian Jiu Jitsu World Champion, is primarily a grappler while Thompson, a 5th degree black belt in Kempo Karate, was an undefeated 58-0 in kickboxing before making the switch to the UFC. It’s a clash of styles rarely seen in today’s UFC landscape, which is likely to make it all the more entertaining.

Find the best UFC odds with our comparison tools.