Speaking about top new sportsbooks, Here’s 5 to check out before reading on :

The top 10 weirdest sports stadiums in the world

What makes it weird? It has a lazy river in right field

We get it, a lot of people find baseball boring. I can’t think of a better way to kill nine innings than to float around in a lazy river drinking beers and eating dogs. 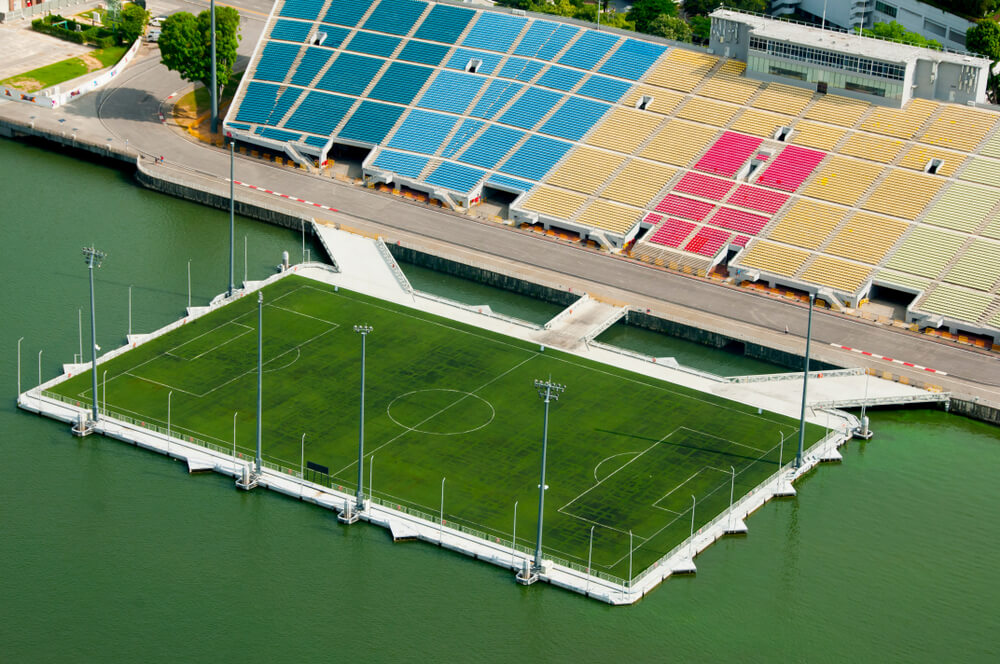 What makes it weird? It’s a floating soccer field

This stadium has it’s seats on the land and field on the water. Good luck finding any streakers running onto this field, or else they’re going to have a cold swim afterwards.

What makes it weird? The Green Monster

It’s iconic to the point of almost becoming normalized in it’s 110 years of existence. Still, there’s nothing normal about having a 37 foot (11.33m) high wall in left field. 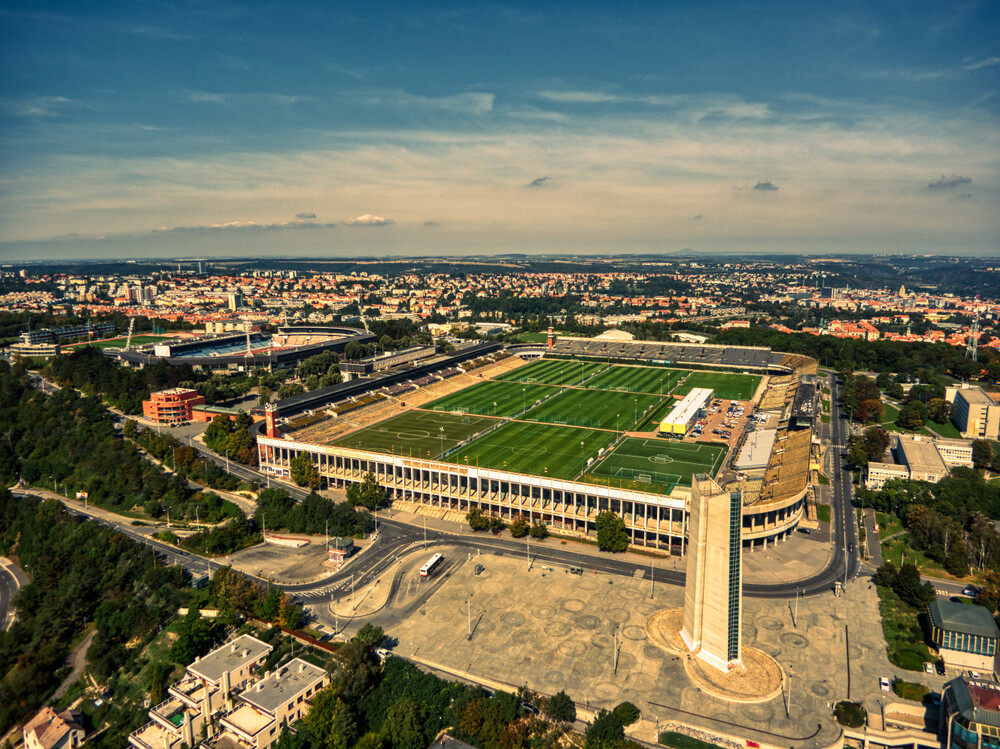 When it was built Prague had a population of 850,000. It can hold 9 nine soccer fields and is the second largest sports stadium ever built.

What makes it weird? Floating stands

The layout of the stands in this stadium are unlike anything I’ve ever seen before. The layered tiers, or unattached and staggered giving a unique view to fans and players alike.

Interesting stadiums really add to a game, but being able to place a good bet always makes a game more interesting. Here’s our top favorite sportsbooks so you can place a bet ahead of your next big game.

Here are three of our favourite sports betting sites to check out: 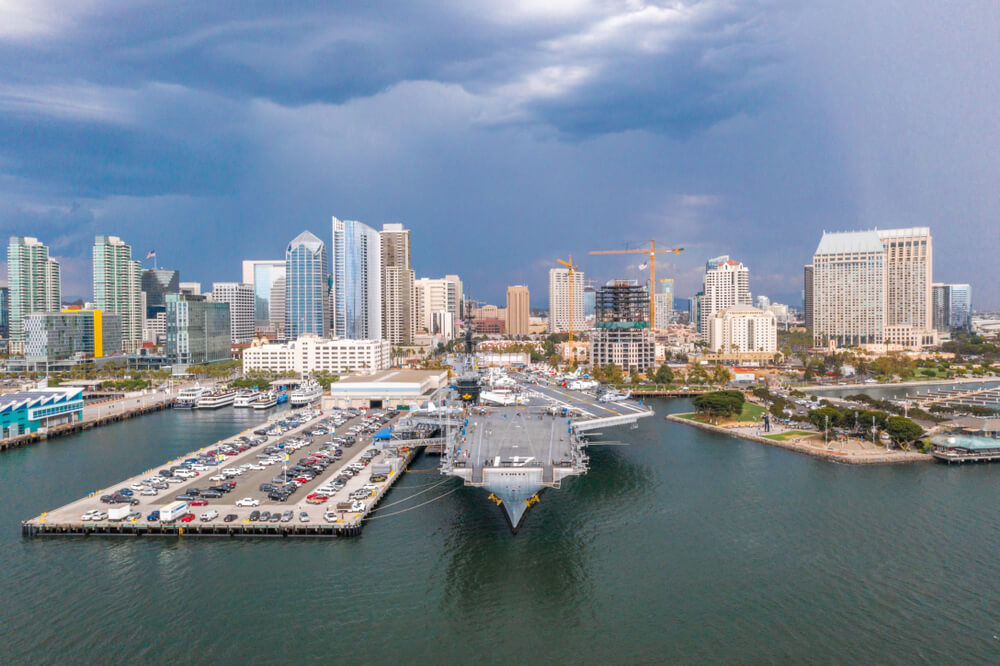 What makes it weird? It’s a basketball court on the deck of an aircraft carrier!

In 2012 the San Diego State Aztecs hosted the Syracuse Orange for a game of college basketball that was played on a court set atop a US aircraft carrier. We need this to happen again!

What makes it weird? It’s on top of a mountain

Ottmar Hitzfeld has the highest elevation of any stadium in Europe. At more than 6,500 ft above sea level, it’s gotta be a tough place for the away team to catch their breath. 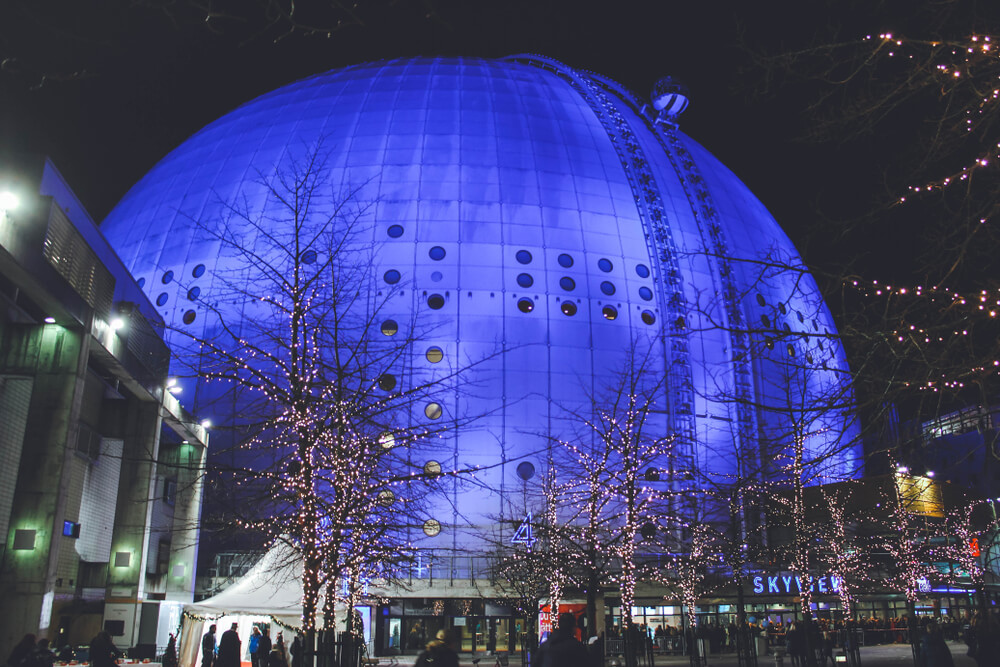 Yes, that’s an elevator on the side of the Ericsson globe

What makes it weird? The stadium is inside a globe

The Ericsson, which holds a hockey stadium inside, is the largest spherical building in the world and serves as the sun in a 1:20 million scale model of the milky way.

What makes it weird? A lot 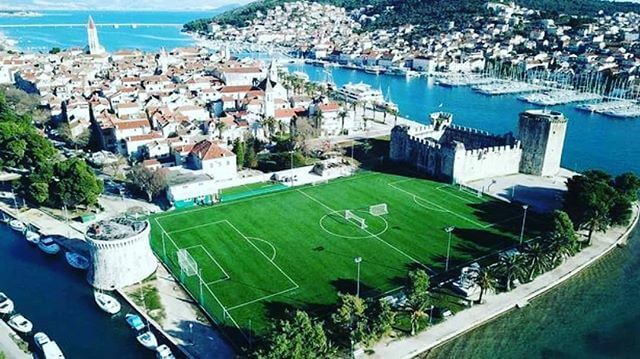 What makes it weird? It’s sandwiched between two UNESCO World Heritage Sites. The soccer field has a 15th century fortress behind its south end, a solitaire tower behind its north, and the sea 30 feet behind its west.

There you have it, the weirdest, wackiest, and sometimes just downright coolest places to take in a game. What do you think? Are there any strange stadiums that we missed out on? Have you ever been to a game at any of these? Let us know in the comment section below!

With sports betting becoming legal in over 30 different states in the ...

The Tokyo Summer Olympics is set to kick off later this week. ...