Boxing is known for some bad decision, but what are the absolute ten worst? These are what we thought are the ten worst of all time. I am aware that none of the fights on the list are from before 1947, but I tried to limit this to fights that I have either seen or read quite a bit about. I have no doubt plenty of bad decision happened prior to ’47, but maybe we’ll cover that area another time.

If you plan on putting money on the next big boxing match do yourself a favor and check out our other list of the best online betting sites for boxing so you can find a place to bet that’s right for you! 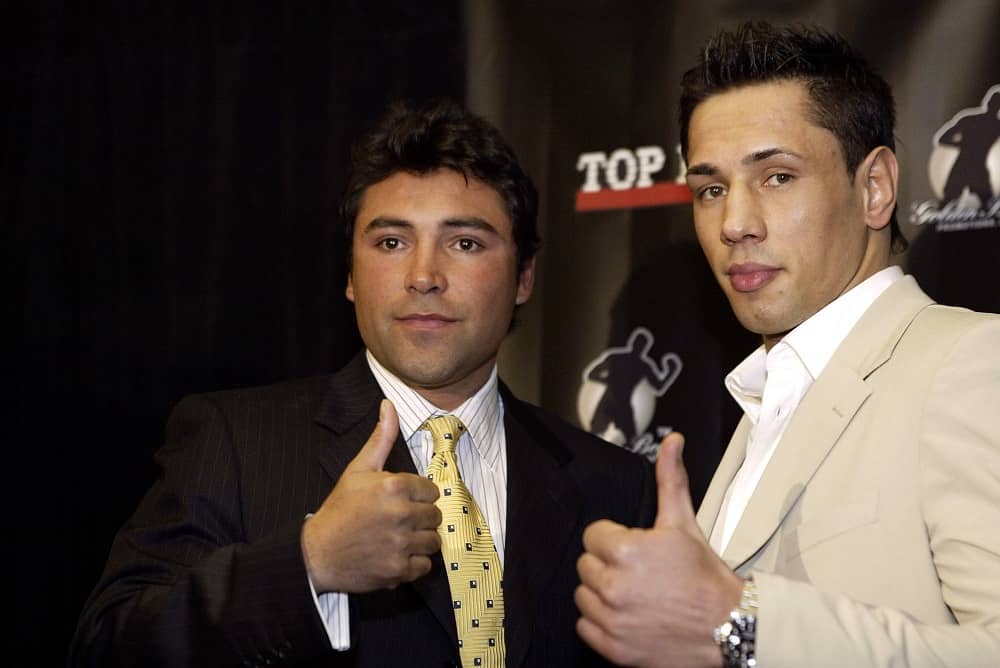 The idea with this fight is it was a warm up for Oscar’s middleweight fight against Bernard Hopkins. Which is exactly why this fight had to end the way it did. Oscar was more aggressive and threw 792 punches compared to Sturm’s 541. However, De La Hoya only landed 24% of his punches compared to 43% from Sturm. The fight was likely Sturm’s, but as we said, it had to end a certain way.

Pac-man landed more of his punches than Bradley through 10 of the 12 rounds according to statistics from CompuBox. When the dust settled Manny landed had hit Bradley with over 100 punches. Anytime, “Desert Storm,” relaxed he was clobbered, but when the decision came it went Bradley way. No surprise he answered, “I have to watch the tape,” when asked questions about this mysterious win.

Even a poll saw that 50 of 53 ringside observers thought Pacquiao won the fight.

Philadelphia judge Lou Tress scored this fight 145-143, Puerto Rican judge Ismael Fernandez scored it 146-143, both in favor of Escalera. Mexican referee Ray Solis had Everett winning 148-146 as did the AP ringside 146-141 for Everett. They knew they botched this one so the ring announcer was even told to say the decision was not final when he ultimately announced it.

Another De La Hoya fight on this list was thought to be Hearns/Leonard-style fight. However, this was not the case as Oscar dismantled Trinidad for the first nine rounds before phoning it in for the last three. Normally that’s not a problem when you dominate the first nine rounds, but this time the judges saw it different and gave the fight to Trinidad. 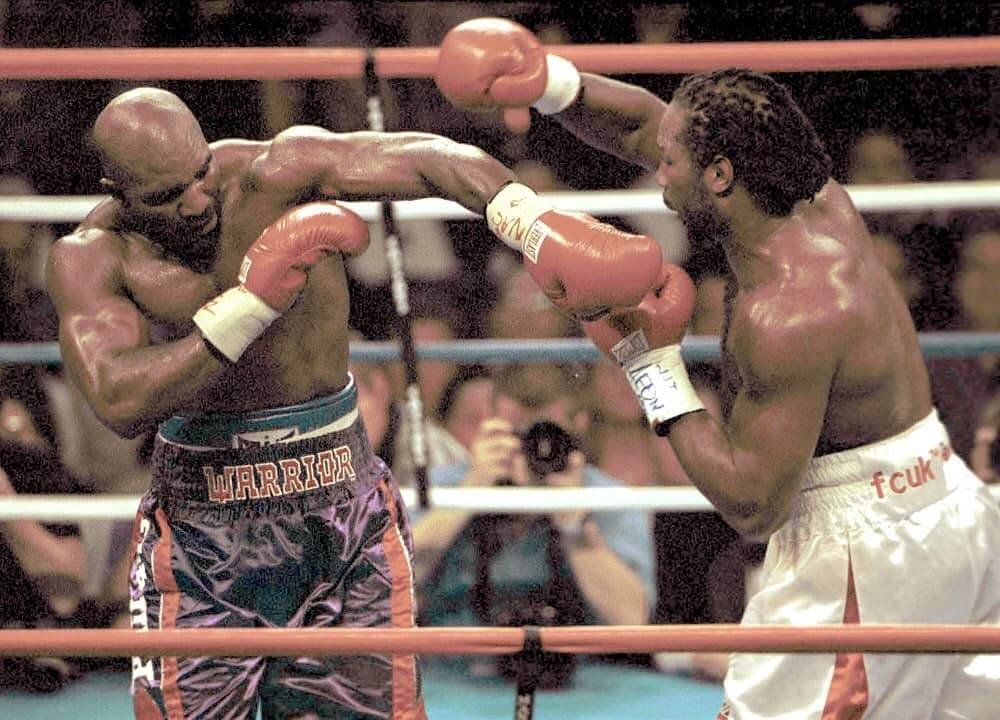 It was hyped to be similar to Ali/Frazier 1, but that wasn’t the case. This, “fight of the century,” was a snoozefest thanks to Lewis dropping stiff jabs and landing over 200 punches more than Holyfield. Judge Eugenia Williams somehow saw Holyfield win 115-113. She even gave the fifth round to Holyfield, even though Lewis landed 43 punches compared to Holyfield’s 11!

It wasn’t all on her though, judge Larry O’Connell fabricated a 115-115 draw which overruled Stanley Christodoulou, the only person keeping score with a brain and he still only scored it 116-113 for Lewis. This was still too close, but in the end what do I know?

Chavez came into this fight with a record that was a perfect 87-0. The majority of talking heads thought he at the time was the undisputed pound-for-pound boxing champion of the world. In fact many of the sports bookmakers of the time thought he would easily demolish Pernell Whitaker.

This was not the case however as Whitaker was faster and overall a more complete fighter than Chavez. The first three rounds were close, but after that it was obvious to all who the better fighter was. Whitaker was just too quick on his feet for Chavez to do any real damage to, and whenever they got in close Chavez would be exposed.

Chavez fans had packed into the Alamo Dome that night, however the arena grew more and more quiet as the fight wore on. Somehow the first judges decision was only 115-113, but at least it was for Whitaker. The other two judges had it split 115-115. To no one’s surprise a rematch was never fought. Chavez was a good fighter, but not on the level of Whitaker.

This one sided affair saw Casamayor get outlanded by Santa Cruz 129-246. Santa Cruz even put him on the mat once. At best this fight should have been 118-110 for the Cruz. There was nothing in this fight for Casamayor to deserve a win, but still we all saw the challenger get robbed of a well-deserved victory. Sometimes the boxing world can just be unfair to underdogs. 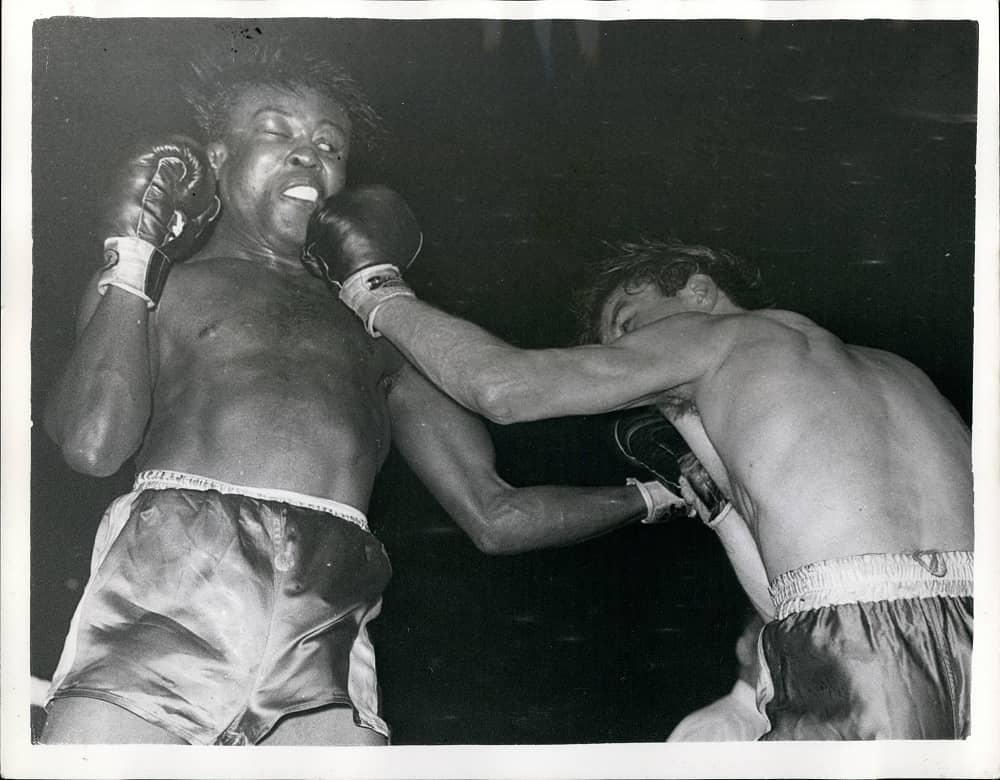 The aftermath of this fight’s decision saw the British Boxing Board of Control revoke the license of the fight’s referee, 71-year-old Ben Green. Waterman’s hometown was the setting for this fight and even the hometown crowd was booed when he his victory was announced.

Have you ever seen a fighter apologize to his opposition after a victory? Well that’s exactly what happened on December 5th 1947 after Joe Louis won a split decision against Joe Walcott.

Walcott told newspaper reporters in his dressing room that, “After the decision, he said to me, ‘I’m sorry Joe.’”

Walcott even dropped Louis to the canvas twice in this fight and landed so many significant shots to Louis’ face that his left eye closed up.

Without a doubt in my mind, this is the absolute worst decision that I have ever seen. I don’t think Ramirez even won a single round, yet still a judge scored him a winner 118-113! Go back and watch this fight and it can be hard to even find more than three rounds that Ramirez won.

The only thing uglier than the fight was it’s aftermath. People from Whitaker’s entourage rightly tossed allegations of corruption and match fixing. Whitaker was robbed of a victory that he earner, but he had his revenge in the rematch when he won every round.

Give us your thoughts on the list. Was their a match that you had in mind that didn’t make it on here? If so which one? Instead of bad decisions, make a great one and visit our betting bonus page to find the best offers and promotions from the biggest operators.

Top 10 Boxing Movies of all Time

Boxing films have been around since the era of silent movies and ...