Bet365 Review
Nothing Found
About betting.net
Betting.net / Top 10 Boxing Movies of all Time

Top 10 Boxing Movies of all Time

Boxing films have been around since the era of silent movies and as sports movies go, boxing has been consistently the most popular films of all. With all of the great films out there, this list was almost as tough as making our list of the top sports betting sites. Today, I am going to count down my top 10 Boxing movies of all time.

Starring Robert Ryan as Bull Thompson, a washed-up boxer who refuses to hang up the gloves, the only person who still believes in him is his manager Tiny (George Tobias) or so we think. This movie was played out in real-time and clocking in at 72 minutes, this film focuses on a grittier side to boxing, don’t let the year it was made (1949) scare you away! The cinematography is stunning for the time and you really feel this movie. 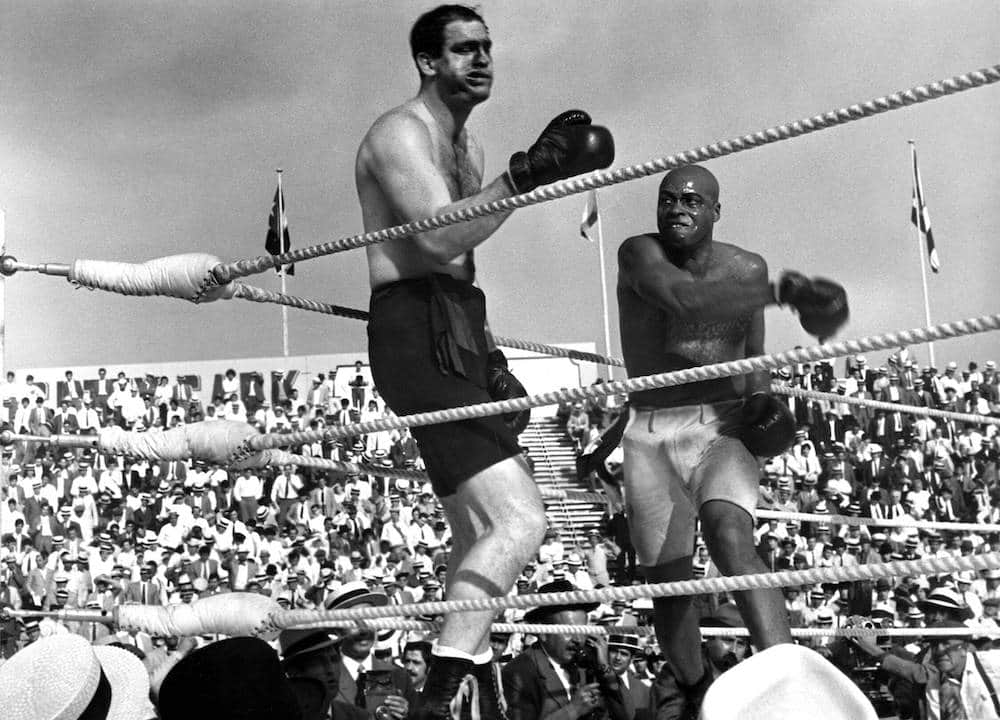 Starring James Earl Jones and Jane Alexander, based on a Broadway play, it is a fictionalized character study of the first black heavyweight champion, Jack Johnson. Johnson becomes involved with a white woman and the couple is faced with blistering racism from sports and society. Jones’ re-creation of his stage role is an eye-riveting experience. The towering rages and unrestricted joys at which his character is capable are portrayed larger than life. This film is well-acted and while the boxing scenes may not be the greatest it’s a very good movie nonetheless.

Best Sites to bet on Boxing

This account of “The Rumble in the Jungle” between Ali and Foreman is the finest boxing documentary ever made. This film won an Oscar for best documentary and, to this day, carries a large historical significance. Released 22 years after the fight because of political red tape, this film shows the behind-the-scenes workings of a young promoter named Don King. To this day, it remains a fascinating film. You even get glimpses of the music festival held before the fight!

James Dean was originally set to portray Rocky Graziano. However, his untimely death prior to filming paved the way for a young Paul Newman to be cast and a star was born. Beautiful black and white “Film Noir” style and solid direction from Citizen Kane editor Robert Wise, this little seen gem is proof positive of the virtues of old Hollywood. This movie was also the uncredited debuts for future stars George C. Scott and Steve McQueen. This movie is a lot of fun to watch. REQUIEM FOR A HEAVYWEIGHT, Anthony Quinn, 1962

A gritty boxing classic that is as powerful today as it was when originally released more than 50 years ago. Fantastic acting by Anthony Quinn and Mickey Rooney takes this movie over the top. Take a look at the opening scene to see if you recognize the actor who plays the young up-and-coming fighter who destroys the washed-up main character, Louis “Mountain” Rivera. (Clue: He is the G.O.A.T.) Still stunning and ahead of its time.

Full disclosure: I loved all of the Rocky movies but when this movie was first announced I thought this had disaster written all over it. I was wrong. This movie was more like the original than any of the other sequels. To me, the highlight of this film wasn’t the fight scenes, but the scene where Rocky gave the speech about life to his son. Overall, a very poignant movie that brought the Rocky character full circle, and if you are in your fifties the movie will really strike home. One of Director Ron Howard’s best movies and starring Russell Crowe who clearly put a lot of time and effort into his role as former Heavyweight Champion James J. Braddock. Although the script was occasionally schmaltzy, his portrait of this champion amid the depredations of the great depression was spot on. To see a man pull himself up out of poverty to do everything he could to take care of his family and then to overcome seemingly insurmountable odds to become the Heavyweight Champion of the World is almost too difficult to believe, but it was all true!

My only problem with this movie is the portrayal of former Heavyweight champion Max Baer. It has been well documented that Baer was a true gentleman both in and out of the ring. This could have still been a great movie without the portrayal of Baer as an evil man. This movie is very underrated and when Braddock’s wife goes to church to pray for him during the fight she finds a packed church praying for Braddock to do the impossible.

Hard to talk about this movie without giving away some of the surprises but this is one of the best boxing movies ever. Suffice it to say, what starts out looking like yet another triumph-of-the-underdog tale turns into something else, taking an enormous moral weight that ultimately lands with the force of a knockout punch.

Martin Scorsese’s 1980 masterpiece. Few movies have better explored the underlying reasons of just why someone would make such sacrifices to excel physically and the toll it takes on them and those around them. Scorsese and DeNiro, in this film, were unafraid to show the ugliness of uncontrolled male rage and the fear of the little boy who often hides behind it. One of the few boxing movies where you may find yourself despising the main character by the end. But that is one of the qualities that ultimately makes this a great film. The scary thing is the movie actually makes LaMotta more likeable than he actually was.

Operators with the Best Odds for Title Fights 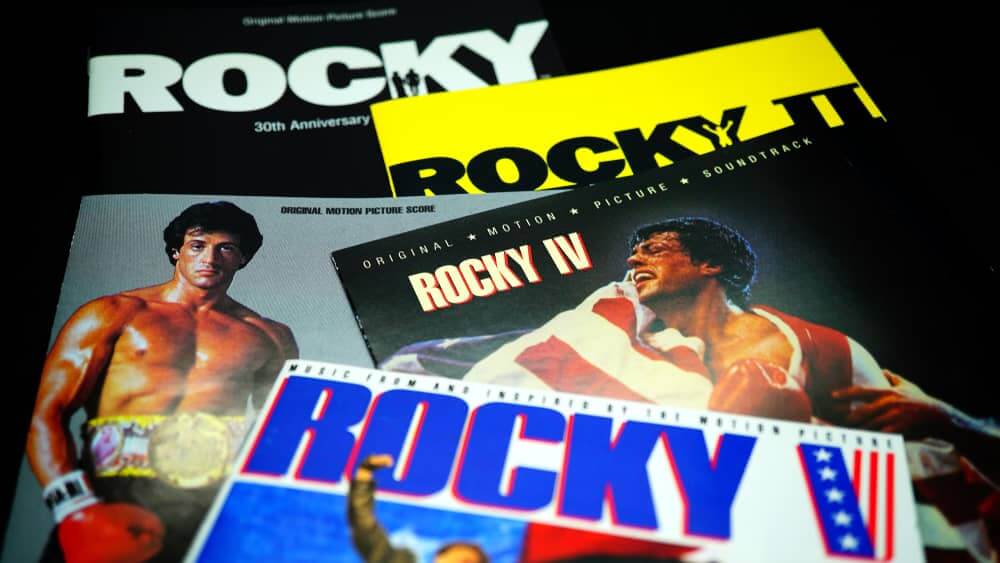 The Rocky Franchise is a part of Americana at this point, but the original stands apart from the rest

This movie has been parodied so many times that people forget how great a film it was and is. In these irony-drenched days stories that are genuinely uplifting are met at best with apathy, but when delivered with this much sincerity and heart they are pretty much irresistible. This movie was about many things all at once: It was a boxing movie, but it was also about a man’s constant struggle to overcome his own shortcomings. Finally, it was a love story and about when you are fighting for more than just yourself, you can accomplish almost anything. This is still my favorite movie of all time.

Interested in betting the next big fight? Check out our top bookmakers for the best odds found online.