Week 4 of the NFL season kicks off Thursday night with the Jacksonville Jaguars heading north to Cincinnati to take on the Bengals. The Bengals sit quietly atop the AFC North with a 2-1 record and a confident Joe Burrow playing well in his second season. Meanwhile the Jaguars sit 0-3 as generational talent Trevor Lawrence and longtime college coach Urban Meyer both struggle to find success in the NFL.

A game with young QBs and new Head Coaches can be hard to forecast, so follow along below for your best betting advice on the spread, points, and props for this edition of Thursday Night Football. For the best advice all season long be sure to check our Football Betting Strategy Guide! All of the lines and props listed below are courtesy of the DraftKings Sportsbook. 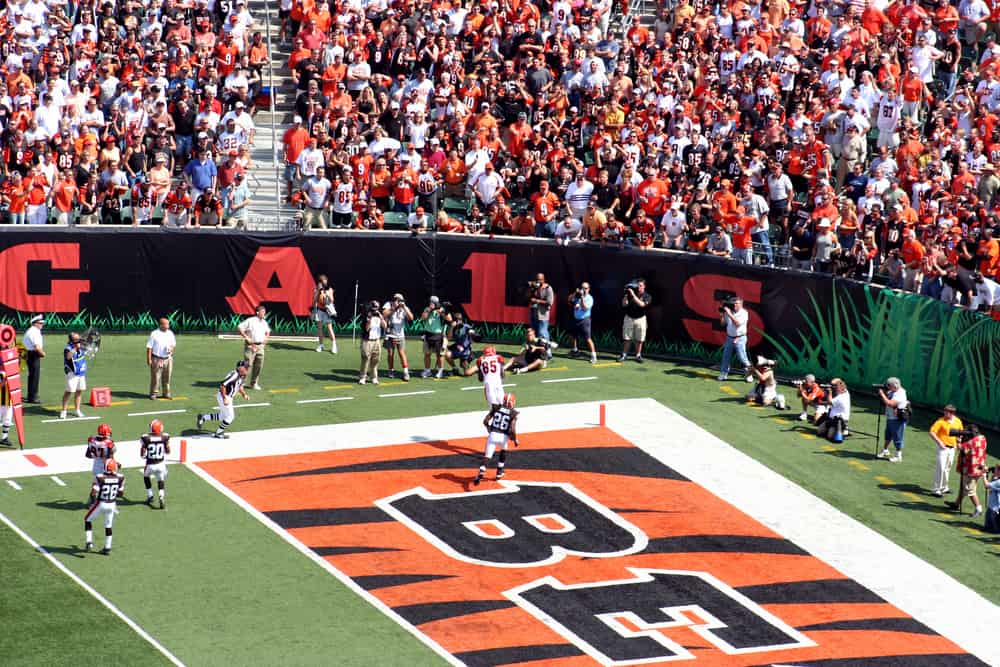 We know both of these quarterbacks can play ball as it’s a matchup between the two most recent first round draft picks. We have yet to see Trevor Lawrence play anywhere near the level he did while he was at Clemson. In three games the QB has thrown seven interceptions, a stat matched only by fellow rookie QB Zach Wilson. Burrow has shown that he’s able to lead his team to big wins, Lawrence has not. With a solid run to match, the Bengals should have no problem beating the Jaguars by more than a touchdown.

Neither of these teams have put up points in bunches this season. In fact, neither team has scored more than 24 in four quarters of work (it took the Bengals an OT period to get to 27). Neither team features an explosive downfield offense and the Bengals are currently running the ball well. Mixon is second in the league in rushing yards and averages 4.3 yards per rush. This game should be a slow one, and points will be hard to come by. It will be the classic Thursday Night Football under so place your bets not at BetMGM’s sportsbook. 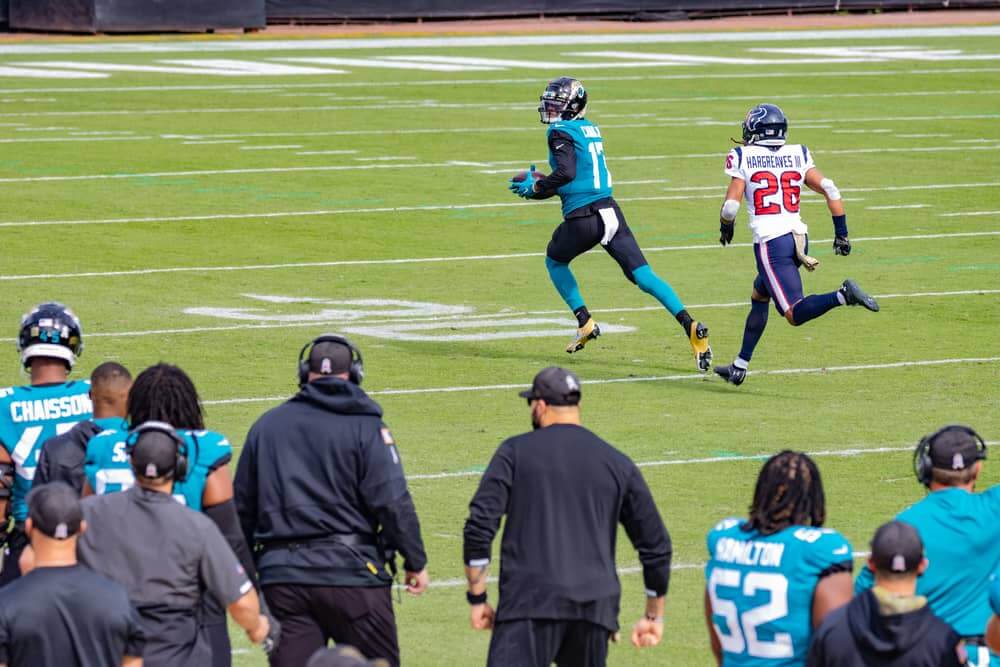 The 6’4 WR has shown to be one of Trevor Lawrence’s favorite targets in the red zone. Chark has two TD’s in three games and is one of the few threats on the Jags team who can be trusted. I’d risk having him as the first touchdown scorer, but even if Jacksonville has the first possession my guess is Lawrence and the Jags offense takes some time to get into the groove of the game.

The rookie wideout has been a revelation for the Bengals since the start of the regular season. With four TD grabs in three weeks, the LSU duo of Burrow and Chase are picking up in the NFL right where they left off in college. If Cinci goes down the field on their first drive, the Jags D will have to choose to take away something in the red zone. If they elect to stack the box against Mixon, Chase should see one-on-one coverage and an easy TD.

Hard to believe we’re getting plus money on this one. Lawrence has had at least two interceptions in each of his three games he’s played thus far. I guess that will have to stop at some point, but I’m not sure that it’s tonight. In his defense, Burrow isn’t afraid to let it rip and has even said to ESPN, “I still have to go play. I can’t play timid, and not take any shots or chances.” Well, I’m taking my shot at the over on interceptions and am going to hope Lawrence truly isn’t timid with the ball all night.

NFL odds are constantly changing. See where you can get the best odds before you place your bet with the Betting.net football odds comparison tool.