FanDuel Review
Nothing Found
About betting.net
Betting.net / News / The first MLB lockout since 1994

After one of the busiest November trading periods in MLB history that saw well over $1,7 billion dollars spent on trades and free agents, the league is now at a standstill with lockout. The lockout comes after the collective bargaining agreement between the players and the team owners expired on Wednesday. 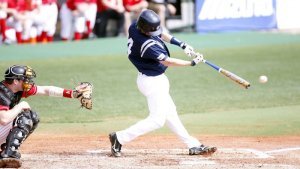 The owners of the MLB teams unanimously voted for a work stoppage. This had already been in the works in the week leading up to the expiration of the CBA. That is why there was such an influx of money being thrown about to seal as many free agent deals as possible. In the wake of the first lockout since 1994, teams scurried to try and lock down as many new players and changes to their rosters as they possibly (and feasibly) could. This resulted in one of the biggest November spending sprees in the MLB living memory.

Now that the CBA has expired, the lockout has been enforced by the owner of this team which means that there will be no more free agents joining any teams until the issues have been resolved. You may now be wondering, what is this lockout and why is it even happening?

What does this lockout mean for the MLB?

A lockout is pretty simple to understand. A strike would be where the players in the MLB refuse to play but a lockout is where the owners of the MLB refuse any games to take place. Okay great, so the owners of the MLB teams don’t want games to go forward, but why? Simple, because they don’t want the season to start without there being a new CBA in place. Players are not overly fond of this agreement and will likely gain more leverage the closer the season gets. However, the owners of the MLB teams have put their stamp of authority down far earlier than they did in 1994 which in theory gives them more of an edge in this year’s negotiations.

This is not something that has happened for almost 20-years so there is no clear way for how this might play out but by the look of it, the owners have got the upper hand as it stands. Both sides are at a standstill because the players believe (as is proven by the data) that they are continuing to receive less and less of the gowing revenue of the league. The owners, as owners do, are not keen to part with any additional funds they might be raking in every year. As such, we likely won’t see players or owners budge at least for the near future.

How this may all end

So, what could likely  happen in the coming weeks? Well if both sides dig in their heels we could see a number of crucial pre-season games and contractual meetings being indefinitely postponed. If the worst case scenario were to unfold, which is the missing of regular season games due to the lockout, it could have dire effects on the league itself, not to mention all the fans who won’t be able to place any bets on their teams.

As it stands, it is too early to call and too early to worry too much about missing the start of the MLB season. There is a lot of money at stake and both the owners and the players know that, it may come to an amicable resolution but for now, it would appear that neither side is going to budge on what they are looking to get out of this lockout.