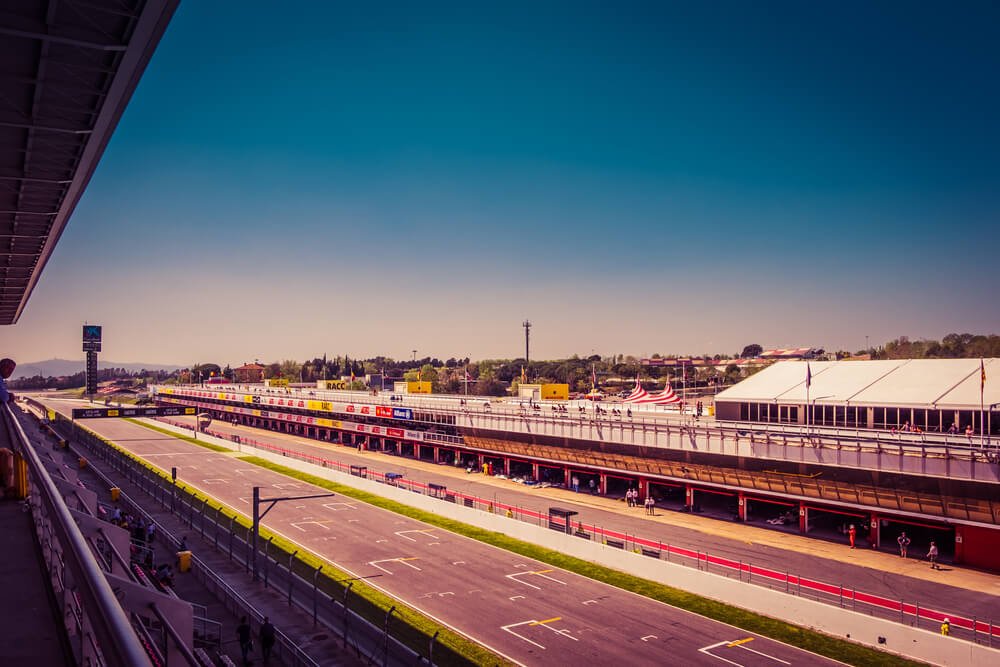 Just two weeks in after a debut track which seemed physically challenging, we’re now heading to the Formula 1 Pirelli Gran Premio De Espana 2022, in Barcelona which is a track the drivers are very familiar with. Some of us snoozed for whilst watching the Miami F1 show (I call it a “show” because it felt more like a show rather than a race). The race settled quickly after the first few laps. I would have fallen asleep if it wasn’t for the safety car, caused by the Norris-Galy incident. Instead, I would have been woken up by sirens and the all American podium. Wasn’t all bad for all the drivers though as Albon and Vettel had impressive drives as they made their way through the field. However, I wouldn’t be too excited about Barcelona’s lack of action-packed race weekends. If you want to make your own action though, be sure to check out and compare the Best Bookmakers right here on betting.net!

What’s the deal with the Spanish GP?

The Circuit De Catalunya has hosted the Spanish Grand Prix for more than 30 years. It hosted the first Grand Prix in 1991 which saw Ayrton Senna & Nigel Mansel, literally wheel-to-wheel drag racing down the straight which eventually saw Mansel winning the race. Overtaking at this track became more difficult as the cars grew in size, but it wasn’t just because of their increased size. The cars appear to be moving at an equal speed throughout the race, so they tend to follow each other without overtaking. DRS gives us the opportunity to witness an overtake in a lunge-style style going into turn 1 and this is the only area where overtaking is likely to occur. Barcelona has hosted pre-season testing for six years so technically speaking, the circuit is well-known to the drivers. Circuit features both fast and slow corners with turn three in particular being a right-hander that seems go-on forever which tests the cars’ balance and agility.

Top 5 Sportsbooks For Betting on The Spanish Grand Prix

Is there a clear winner?

There are three possible answers: Probably, arguably, and maybe. It is hard to believe that Formula 1 can sometimes be predictable, but with circuits like Monaco, Barcelona and Miami, It’s three consecutive boring races. We have the new regulations, which should spice things up a bit and If pre-season testing is of any indication, then Mercedes will surely be the winner, Right? They were the most consistent in terms of laps and positions with McLaren and Red Bull also doing well. Though so far It’s been a two-horse race in 2022, with Red Bull accelerating in pace, literally. Mercedes has done well at the last race, as they achieved their best result in Miami as a team. Onboard footage shows that the Mercedes is still unpredictable and difficult to drive but, I do not want to discount them from this race. If my heart is any indication, one of the two Spaniards will win. We know Carlos Sainz is an excellent driver, he’s got one the most powerful cars on the grid, we know he can perform, and he’s been a Top 10 finisher and has collected points for each team he raced with here in Barcelona. However, 6th was his best result and he still hopes to win Formula 1. Fernando Alonso may also be hoping to repeat the two wins that he had achieved here. We must not forget that Alonso has a very capable car under him with both Alpines having performed well. There was Ocon finishing in the points five times out of six races so far, and although Fernando wasn’t as lucky due to reliability issues, his driving skills are still visible for all to see. I think he will be determined to get a good result at the Grand Prix in his home country. Who’s going to be your pick? Remember you can compare the Best F1 Odds right here on Betting.net!

How about the Red Bulls?

As we have learned, Red Bull is the fastest car on a straight line and given that the circuit De Catalunya has a very long straight heading into turn 1, it’s no surprise that Max Verstappen has been positioned as the favorite to win this race by the sportsbooks. While that may be true, we must remember the impact of Miami’s warm weather on Sergio Perez’s car, don’t discount any furhter potential reliability issues for Red Bull. I also want to discuss Mattia Binnotto, Ferrari’s principal, comment after Miami. Binotto stated that Red Bull is aggressively developing their car, which is consuming from their ever-more tightening budget caps that have been set by the FIA for every team. Ferrari, in the meantime haven’t bothered to develop their car since it’s been so successful. There are still some significant developments that Ferrari can make that could swing the championships in their favor, but that’s unless Mercedes has anything to say about that.

This race will be won by whoever is on Pole. There have been very few changes to the order of the races in this hybrid v6 era, in terms of qualifying positions and race results. You can get a better idea of who has the advantage in this race by watching the practice sessions. Qualifying will be interesting, so make sure you watch it. Grand Prix racing is more like a marathon, long distance runners will maintain their pace throughout the race. They’ll pick up speed towards the end to gain as many places as possible. This analogy fits Ferrari’s 2022 plans well, I believe.

The Best Bonuses To Use On The Spanish Grand Prix

Monza, known as the “temple of speed”, is where the Italian Grand ...

Ferrari is confident they have regained momentum against Red Bull this year ...

There are three races in Europe that we refer to as the ...