Rivalry week is finally here in the SEC and we have competitive matchups up and down the schedule that should produce plenty of exciting games.

The Egg Bowl kicks things off on Thanksgiving night with Ole Miss heading to Mississippi State where the Bulldogs are 1.5 point favorites and will look to close out the season on a high note.

Georgia and Alabama have clinched the East and West in the SEC and will meet in the SEC title next week, but this week still carries plenty of weight for second-tier teams that are fighting for new year’s day bowl positioning. If you want to get in on the last week of SEC action head over to our Betting Offers page to get a detailed list of promotions and sign-up bonuses.

Ole Miss is coming off one of its best seasons in school history as they just closed out an undefeated record at home and will look to finish 10-2 with a win over the Bulldogs. Mississippi State started the season slow, but QB Will Rogers has caught fire over the last 5 weeks and the Bulldogs are playing as well as anyone in the country. Mike Leach finally has the players in place to run his air raid system and Mississippi State is a team to keep an eye on for 2022 that could make a big run in the SEC West. This should be a very competitive game in what looks to be a rainy night in Starkville. 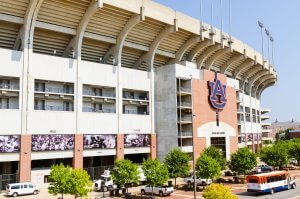 Auburn has faded down the stretch and first-year coach Bryan Harsin is already feeling the heat after losing three in a row. Alabama is clicking offensively but has some holes on the defensive end so I wouldn’t be shocked to see Auburn hang in this game early. Alabama has too much they are playing for and look to have a great shot to make the CFP even if they lose to Georgia in the SEC title game as long as they can keep the game close.

Clemson has won 5 in a row vs. the Gamecocks but this game looks to be the perfect setup for South Carolina to come out on top. South Carolina is coming off a big win at home against Auburn and will get to take on a Clemson squad that has struggled all year on offense and looks to be playing for 2022. I like South Carolina’s chances to pull off the home upset and finish the season 7-5. Kentucky has emerged into a consistent threat in the SEC East

Kentucky started off the year 7-0 but has struggled down the stretch and head into Louisville as a 3 point underdog in one of the most underrated rivalry games in the country. With a win, Kentucky has a great chance to end up in a solid New Year’s Day bowl game like the Citrus or Outback Bowl as Mark Stoops has done a phenomenal job turning around the Kentucky football program.

The Texas A&M and LSU game has evolved into a heated rivalry over the last few years since the Aggies joined the SEC and this year’s game should produce another competitive game. The Aggies have finished the strong and have one of the top recruiting classes heading into 2022 and should enter next year in the top 10. LSU will be playing its last game under coach Ed Orgeron, who was fired midway through the season but allowed to finish out the season. The Tigers have the talent to win this game and I think they pull off the upset in Coach O’s last game. 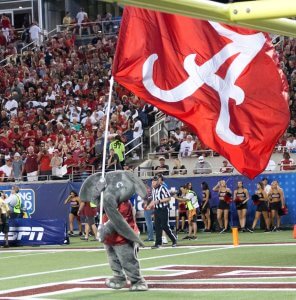 Bryce Young hopes to bring another Heisman back to Tuscaloosa

Two SEC QBs still have a shot to take home the Heisman trophy depending on how things shake out over the next couple of weeks. Bryce Young has CJ Stroud from Ohio State nipping at his heels but Young will have the biggest opportunity to make a statement next week against the Georgia defense that hasn’t allowed more than 17 points all season. If Young leads Alabama to the upset the Heisman will likely be his to bring back to Tuscaloosa.