After a long offseason and half-empty stadiums across the SEC in 2020, it will be great to see fans tailgating and packed houses across the SEC this year. A big question mark in the conference is how quickly will Alabama be able to reload, while the rest of the SEC tries to take advantage of a possible off-year in Tuscaloosa. 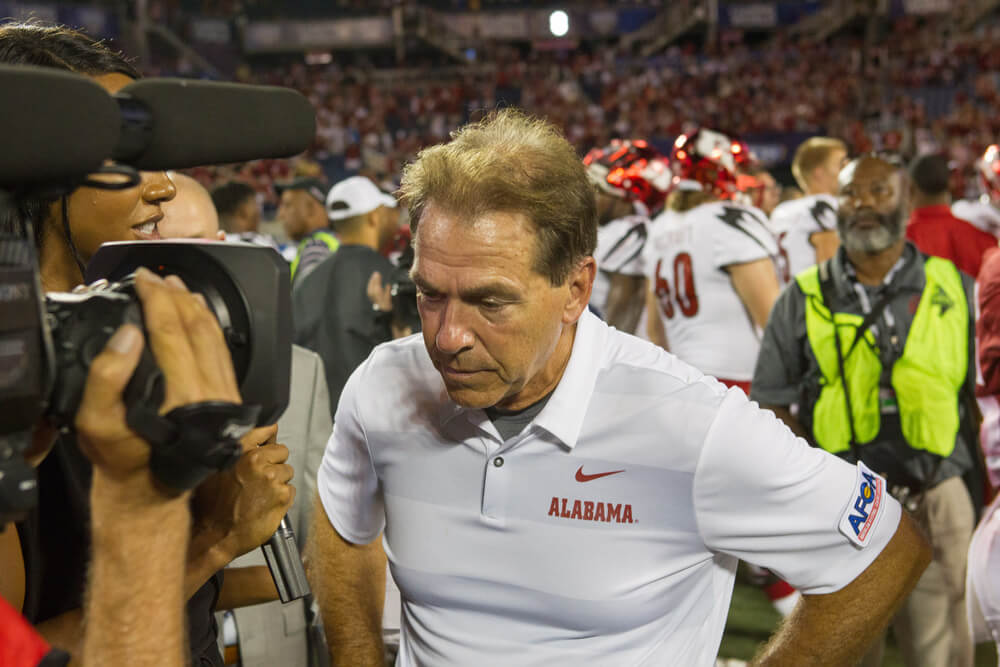 Alabama captured the SECs second consecutive national title by defeating Ohio State 52-24. It was a crazy year in College Football as most conferences played shortened seasons, while most SEC teams played a full slate of games with a few cancellations due to Covid here and there.

Let’s take a look at the week top Matchups in the SEC for week 1:

One of the big matchups of the weekend pits Georgia facing Clemson in Charlotte to kick off week 1. This matchup will have big playoff implications as both teams are ranked in the top 5 and match up well against one another. Georgia has been tearing it up on the recruiting trail under Kirby Smart for the last couple of years and is motivated to get back to the national title game, where they last lost to Alabama in 2018.

Georgia brings back QB JT Daniels, who can distribute the ball and let the Georgia athletes make plays. We think this game will be a coming-out party for the Dawgs as they look to send a message in week 1 by pulling the upset against Clemson and new QB DJ Uiagalelei.

LSU has a big matchup out west at the Rose Bowl as the Tigers face an up-and-coming UCLA program led by Chip Kelly. Kelly led the Bruins to a week 0 win over Hawaii and has always done a good job taking advantage of sizing mismatches by getting his playmakers out in space.

LSU has had a rough week leading up to this matchup having to practice in Dallas due to hurricane IDA.  LSU is looking for an answer at QB and will start Max Johnson, who is the son of Bucs Super Bowl-winning QB Brad Johnson.

We like UCLA in this matchup as Chip Kelly will show the country he can still coach with a big statement win. Ole Miss could be a sleeper squad to follow this season

Ole Miss is a team to keep an eye on in the SEC West this year as 2nd-year coach Lane Kiffin had the Ole Miss offense rolling toward the end of 2020.

Rebels QB Matt Corral is a sleeper Heisman candidate that has thrived under Kiffin’s playcalling and should put up big numbers in the opener against a suspect Louisville defense.

The defending national champs will face Miami in Atlanta and will display new weapons on offense after losing QB Mac Jones and Heisman winning WR Devonta Smith. The Crimson Tide typically reload instead of rebuild and will start former 5-star recruit Bryce Young at QB.

Young is a great athlete and will bring the running element back to the Tide offense similar to what they had in the Jalen Hurts days. The Tide should cruise to an easy win over Miami as they have too many athletes all over the field.

All of the other SEC games should be blowouts as teams gear up for conference play:

South Carolina plans to start Zeb Noland at QB this weekend after losing projected starter Luke Doty to a foot injury. What makes Nolan’s start interesting is that just a few weeks ago he was on the coaching staff serving as a graduate assistant. Noland thought he finished his playing career last year at North Dakota State and will get another shot in the SEC and will be worth watching to see if he can capitalize on this opportunity.