It was an impressive start for the SEC in week 1  as Alabama, Ole Miss, and Georgia had impressive nonconference wins. The rest of the conference were heavy favorites over nonconference opponents, although some of those games came down to the wire as some of the non-power 5 teams are getting more competitive each year. LSU had a tough loss on the road to UCLA and looks to rebound in Tiger Stadium vs. Mcneese State in week 2.

Let’s take a look back at week 1 and look ahead to the Week 2 matchups to look out for. 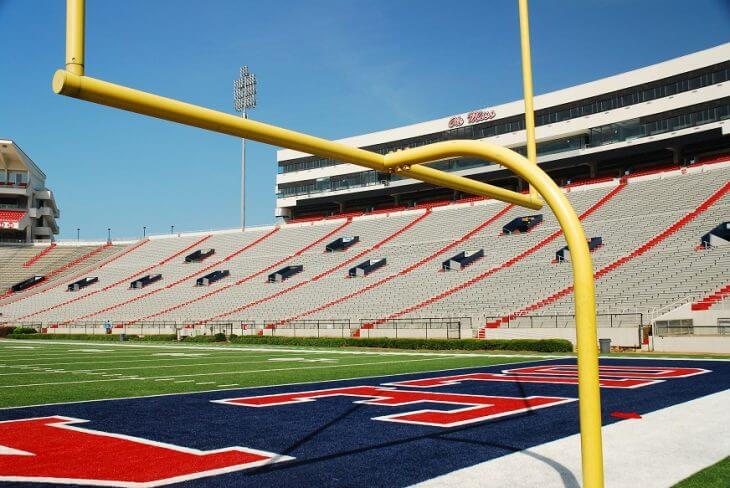 Ole Miss was sharp in week 1 vs. Louisville

The Rebels dominated their matchup over Louisville without Head Coach Lane Kiffin as he sat out the game due to a positive Covid test. Matt Corral picked off where he left off last year and threw for 381 yards and rushed for an additional 55 yards and a score, and now has the 3rd best Heisman odds behind only Spencer Rattler and Bryce Young.

The game was never in doubt as Ole Miss jumped out to a 26-0 halftime lead and got plenty of young players reps in the second half. Ole Miss looks like a threat in the SEC with their explosive offense and has given Alabama plenty of trouble in recent years.

Kirby Smart had the biggest win of his coaching tenure with a 10-3 upset over Clemson in Charlotte. Georgia has a pretty easy schedule until their matchup with Florida on October 30th. If they get past that game they will likely head into the SEC championship game against a likely Alabama from the SEC West.

LSU never got into a rhythm out in Pasadena vs. UCLA and suffered a tough opening season loss to UCLA 38-27. LSU coach Ed Orgeron is now feeling some pressure after the second straight season of slow starts. People are starting to wonder if the 2019 title run had more to do with Joe Burrow than Orgeron and he will need a solid finish to the year to avoid the hot seat going into 2022.

The Rest of the SEC in Week 1

Mississippi State was nearly upset at home vs. Louisiana Tech until they rallied off 21 points in the last 5 minutes. East Tennessee State beat Vanderbilt 23-3 in a big upset in Nashville and Arkansas looked sloppy vs. Rice but was able to pull away late and win 38-17.

One of the big stories in the SEC was Zeb Noland’s start at QB after being on the coaching staff last month. After an injury to their projected starter Luke Doty, Noland was called down from the coaching staff to fill the void at QB. Noland threw for 121 yards and 4 TDs as the Gamecocks cruised to a 46-0 shutout and now Coach Shane Beamer will have a tough decision whether to keep Noland as the starter or bring him back to the coaching staff as a graduate assistant.

Games to Watch for Week 2

The Aggies hit the road and travel to Boulder for an odd out-of-conference matchup. Texas A&M has favored 17 points and this could be somewhat of a trap game on early Saturday morning. I like the Aggies to pull out the win over Colorado but this will be a close game and Colorado should cover.

Another interesting old big 8 conference matchup has Texas traveling to Arkansas as coach Steve Sarkisian looks to get out to a 2-0 start. Texas had an impressive week 1 win over top 25 opponent Louisiana in week 1, and should put up enough points to get past Texas and cover the spread. 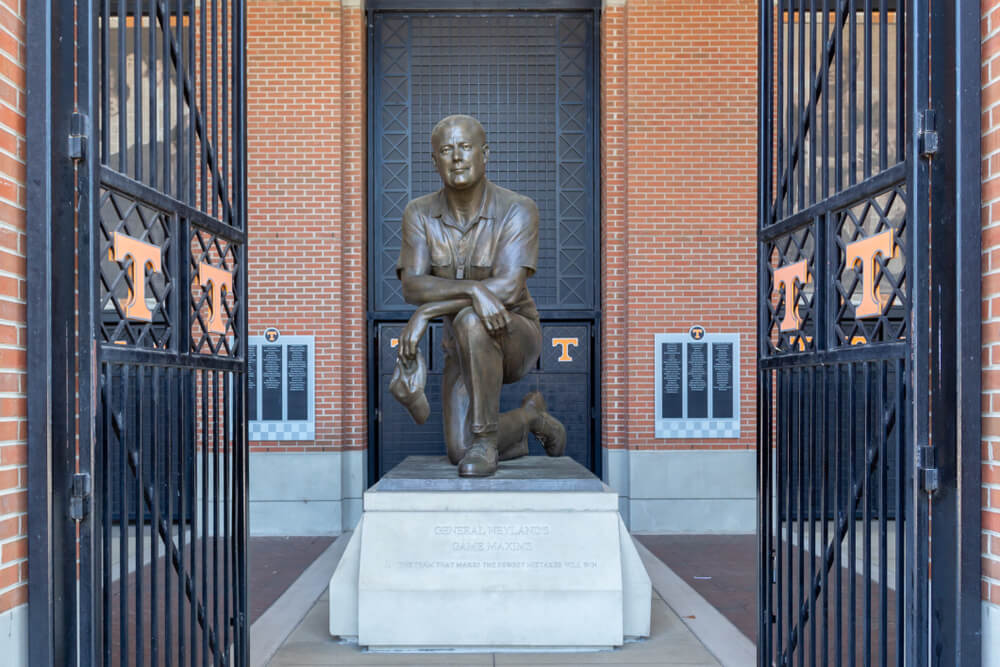 The SEC is a rare home underdog at home in this matchup as Pittsburgh is favored by 3 over the Vols. Pittsburgh was 6-5 last year in the ACC and the Vols have new head coach Josh Heupel in charge after an impressive tenure at Central Florida. I like Tennessee to win this game close at home as 110,000 fans should have Neyland stadium rocking and will be the difference in this matchup.

After a long offseason and half-empty stadiums across the SEC in 2020, ...

2020 was a rough year for college football fans as most were ...