This year’s SEC football landscape looks like it is one of the most balanced and competitive in recent memory which is a nice break from the typical race for second place behind Alabama.

While Alabama is still the favorite, teams like Georgia, Ole Miss, and Arkansas have looked impressive so far this season and are real threats to take down the Crimson Tide at some point this year.

The Arkansas Razorbacks have the look of a team on a mission this season and dominated Texas A&M 20-10 last week at Jerry World in Dallas. The Hogs have embraced coach Sam Pittman’s win the line of scrimmage philosophy and they look like a real threat in the SEC West this season.

LSU gets back on track 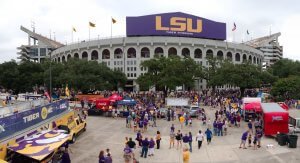 LSU suffered a disappointing week 1 loss on the road at UCLA, but is starting to turn things around and looked good in their week 4 road win at Mississippi State. Max Johnson is starting to look more comfortable at Quarterback and the defensive talent is showing some flashes that give LSU hope to make a run in the SEC West. LSU faces Auburn at home this week and they have a good shot to go get on a roll heading into back-to-back road games with Ole Miss and Alabama later in the season.

Florida bounced back from their close loss to Alabama with a nice win over Tennessee at home 38-14. Dan Mullen has the Gators looking like a real threat to Georgia in the SEC East and they have a good shot to run the table heading into their matchup with Georgia later this year in which could turn into an SEC East winner take all matchup. 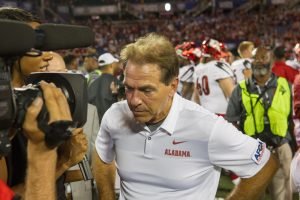 Ole Miss heads to Alabama in one of the big matchups of the weekend. Matt Corral is the Heisman trophy favorite for Ole Miss and Bryce Young from Alabama is right behind him in the second spot. Ole Miss has given the Alabama defense issues over the last five years with their up-tempo pace and I suspect they will again this year. I like Ole Miss to go into Alabama and put on an offensive display against the Alabama defensive backs and come away with a big upset.

Arkansas has been very impressive out of the gates but Georgia has looked even more dominant and are 17 point favorites heading into their matchup in Athens. I think this is way too many points for an Arkansas team that has shown an impressive defensive front that should be able to keep Georgia uncomfortable on offense. Arkansas is running the ball well on offense behind their big O-line and they should be able to keep this game close. I like Georgia to pull away late in this one but Arkansas should cover the points. Be sure to bet Arkansas to cover at William Hill.

This old rivalry game is not getting a ton of attention but could end up being one of the best games of the weekend in the SEC. Auburn always plays LSU tough and both teams desperately need to win to have any shot in the SEC West. I like the way LSU has looked the past couple of weeks and I think they make a statement that they are a real contender with a blowout win over Auburn at home. 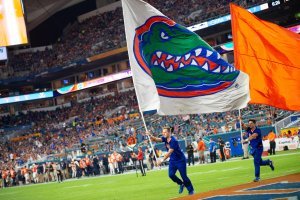 The Gators are still a player in the SEC East race

Kentucky is quietly 4-0 and is playing well under Mark Stoops. This is one of the biggest games in Kentuck football history and Kroger Field will be rocking as the Wildcats look for a signature win to get their program to the next level.

Both coaches need to win to stay off of the hot seat and look to bounce back after tough conference losses last week. I like Texas A&M at home to get back on track and get the win.