NBA games on Christmas Day are some of the most iconic sporting events on the basketball calendar. They rival NFL Thanksgiving Day games in terms of fame, and they often offer better quality competition. The NBA plans on having five Christmas games this year, which is the number the league expanded to beginning in 2008.

Today, we’ll look back at some of the best Christmas Day matchups in NBA history. I put together this list using a combination of competitive play (overtime, clutch shots, etc.) and meaningfulness (passing of the torch moments, reigning champions losing, etc.).

I grew up watching basketball in the 2000s and 2010s, so the list is slightly slanted toward more recent games. Feel free to send me your top ten lists on Twitter.

Head over to our Strategies Page for some tips if you want to get in on the basketball and NBA betting action.

Check out the latest odds and props for upcoming NBA games.

Kobe Bryant and Allen Iverson clashed on Christmas Day 20 years ago. The future Hall of Famers were by far the best players on their teams that day, even though Iverson had aging All-Stars Derrick Coleman and Dikembe Mutombo alongside him. Shaquille O’Neal didn’t play.

The Lakers won in front of their home crowd 88-82 despite Bryant only scoring 12 points. Iverson dropped 31, but he and Bryant made under 40% of their shots. The Black Mamba found other ways to impact the game, including leading Los Angeles with 11 rebounds and nine assists.

The 2001 Christmas game between Philadelphia and Los Angeles was notable because it was a rematch of the NBA Finals from earlier that year. That ring was the second in the vaunted Lakers three-peat during the Kobe-Shaq era. 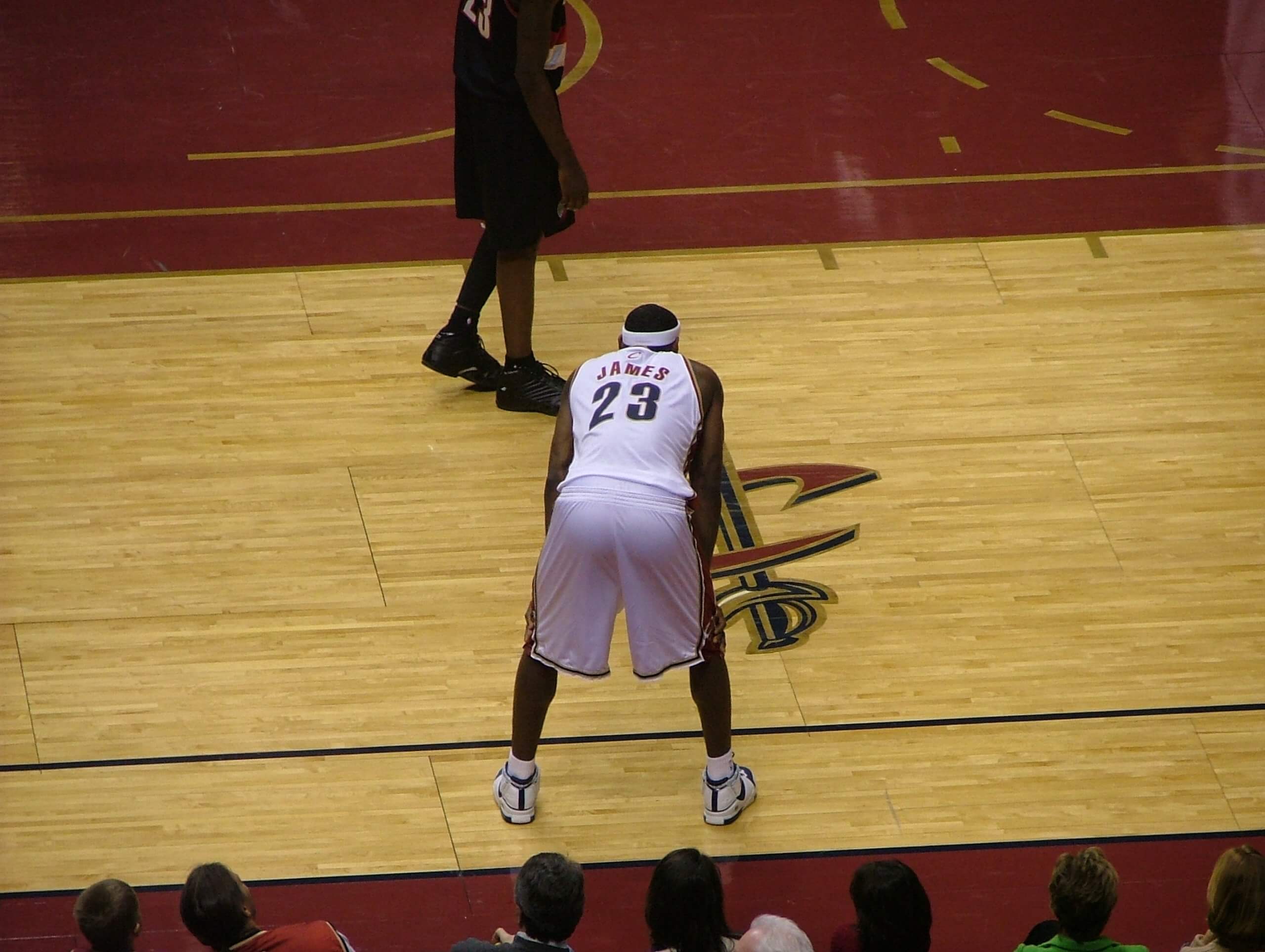 The NBA couldn’t wait to show off LeBron James on Christmas Day.

LeBron James captivated a national audience since high school, so the NBA made sure to schedule the Cavs for a Christmas game during his rookie season. The King scored 34 points, but Tracy McGrady was the game’s best player. He scored 41 points as the Magic won 113-101 in overtime.

Michael Jordan was still in retirement when Scottie Pippen led Chicago to a 107-104 overtime win against Patrick Ewing’s Knicks. Pippen and Toni Kukoč combined for 61 points. New York’s Hubert Davis hit a clutch three-pointer with under one second remaining to force overtime.

The NBA paired the reigning champion Spurs with the future champion Lakers in 1999. Tim Duncan and an aging David Robinson couldn’t keep pace with Shaq and Kobe, who combined for 50 points in the 99-93 win.

Los Angeles went on to win the first of three consecutive titles.

There was plenty of bad blood in Staples Center on Christmas Day in 2008. Boston beat the Lakers 4-2 in the 2008 Finals just six months before the two teams put aside their presents and laced up their kicks.

The game turned into a low-scoring affair between the league’s two best teams. The Celtics entered 27-2 and Los Angeles was 23-5, but the Lakers outclassed Boston on Christmas. Los Angeles won 92-83 behind 20-point performances by Pau Gasol and Kobe. Meanwhile, Ray Allen, Kevin Garnett, and Paul Pierce combined for 56 points.

Los Angeles went on to win the Finals 4-1 against Orlando.

The Lakers won a seven-game series against Portland in the Western Conference Finals months before losing to them 109-104 on Christmas. Kobe and Shaq combined for 61 points, but six Trail Blazers scored double-digit points.

Los Angeles avenged its loss by sweeping Portland in the first round of the playoffs.

As a rookie, Ewing led an upset against the future NBA champion 1985 Celtics. The game went two overtimes deep before New York pulled away 113-104. Boston’s loss came as a surprise because the squad featured four Hall of Famers in the starting lineup.

Ewing’s heroics led to another Knicks Christmas win in 1986. Jordan was on his way to his first scoring title, but the third-year guard didn’t have a stellar supporting cast yet. He scored 30 points, but Ewing hit a buzzer-beater to secure the 86-85 win.

New York and Chicago became bitter rivals in the 1990s as Phil Jackson and Pat Riley transformed the organizations into championship-caliber teams.

Stephen Curry and James found themselves face-to-face at the height of the Warriors-Cavaliers rivalry. Golden State won the championship in 2015 before James and Kyrie Irving authored their historic comeback from down 3-1 in the 2016 Finals.

The two teams clashed in another fantastic showing when the Warriors traveled to Cleveland. Golden State held a 94-80 lead early in the fourth quarter before the King’s men came roaring back. Kevin Durant failed to get a quality final shot up as the Cavaliers prevailed 109-108.

You can watch the game’s best highlights here.

Golden State went on to win the 2017 NBA Finals 4-1 over Cleveland.

Christmas Day in 2004 was the first time Kobe and Shaq squared off after their dramatic breakup in Los Angeles. The beef between the two superstars didn’t spoil an epic game. It enhanced the matchup and made it must-see television for basketball fans. 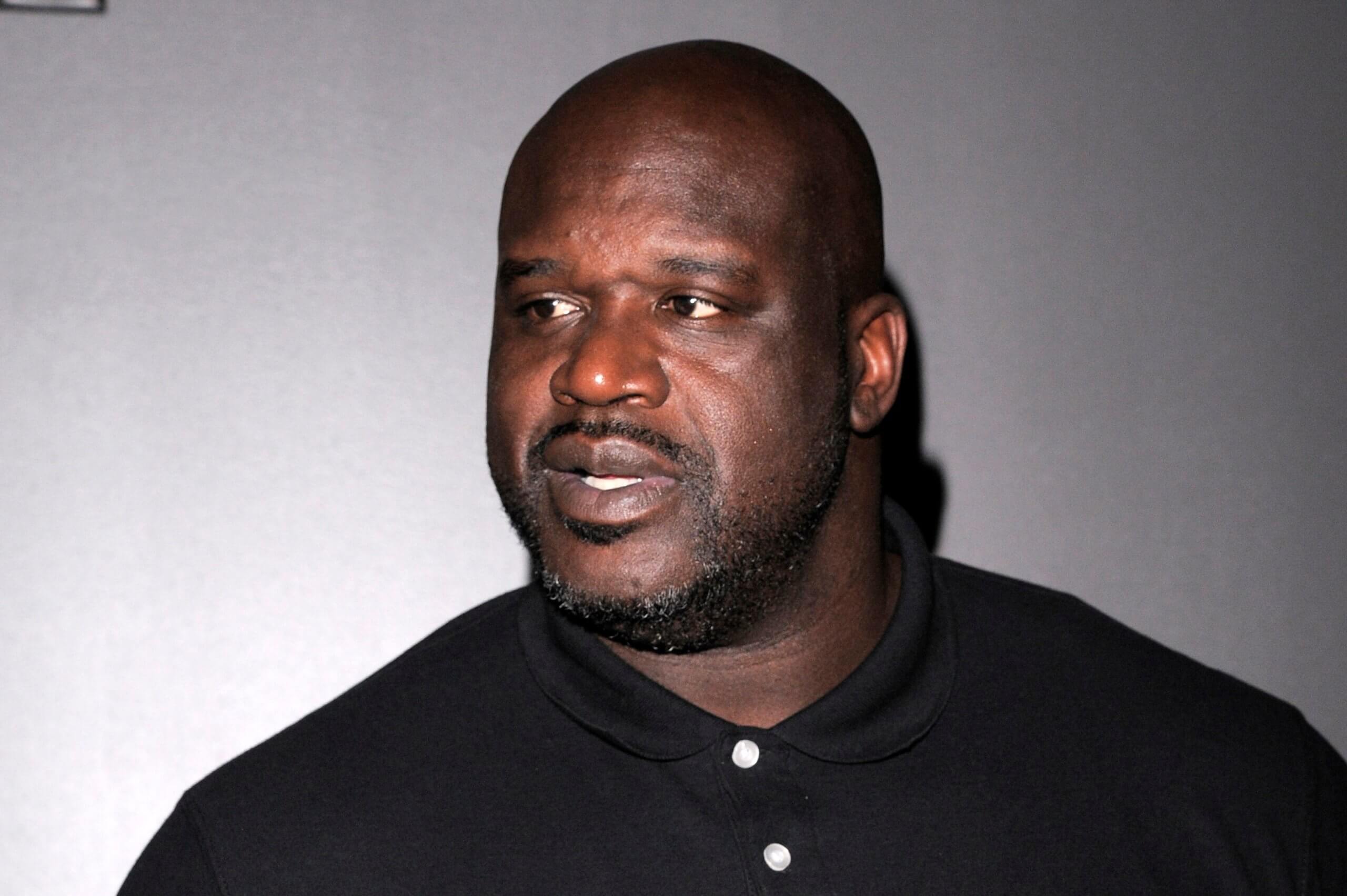 Shaquille O’Neal is usually a fun-loving guy, but he and Kobe Bryant had an ugly split.

A packed crowd put away its presents to fill Staples Center for the contest. Lakers fans left slightly disappointed as the hometown team lost 104-102 in overtime. Bryant missed a potential game-winning three as time expired. O’Neal fouled out before the game ended.

Kobe led the game with 42 points, but he turned the ball over nine times. Dwyane Wade scored 29, and Shaq recorded a double-double.

You can watch some of this game’s highlights here.

Check out the best basketball betting sites for the 2021 season.

Looking for NFL Thanksgiving promos in Maryland? You’ve come to the right ...

The NFL Thanksgiving Day games gave us two matchups that came down ...