Is there a team in the Eastern Conference more desperate for a signature win than Kevin Durant’s Brooklyn Nets? Once viewed as one of the best teams in the NBA, injuries, poor chemistry, and drama have dropped Steve Nash’s team to 31-29. They’re barely holding onto the eight seed. Meanwhile, the defending champion Milwaukee Bucks are 36-24 and sitting three games back from the conference’s top seed. The two title contenders clash on Saturday, Feb. 26 at 8:30 p.m. eastern time at the Fiserv Forum.

Head over to our Strategies Page for some tips if you want to get in on the betting action this basketball season. 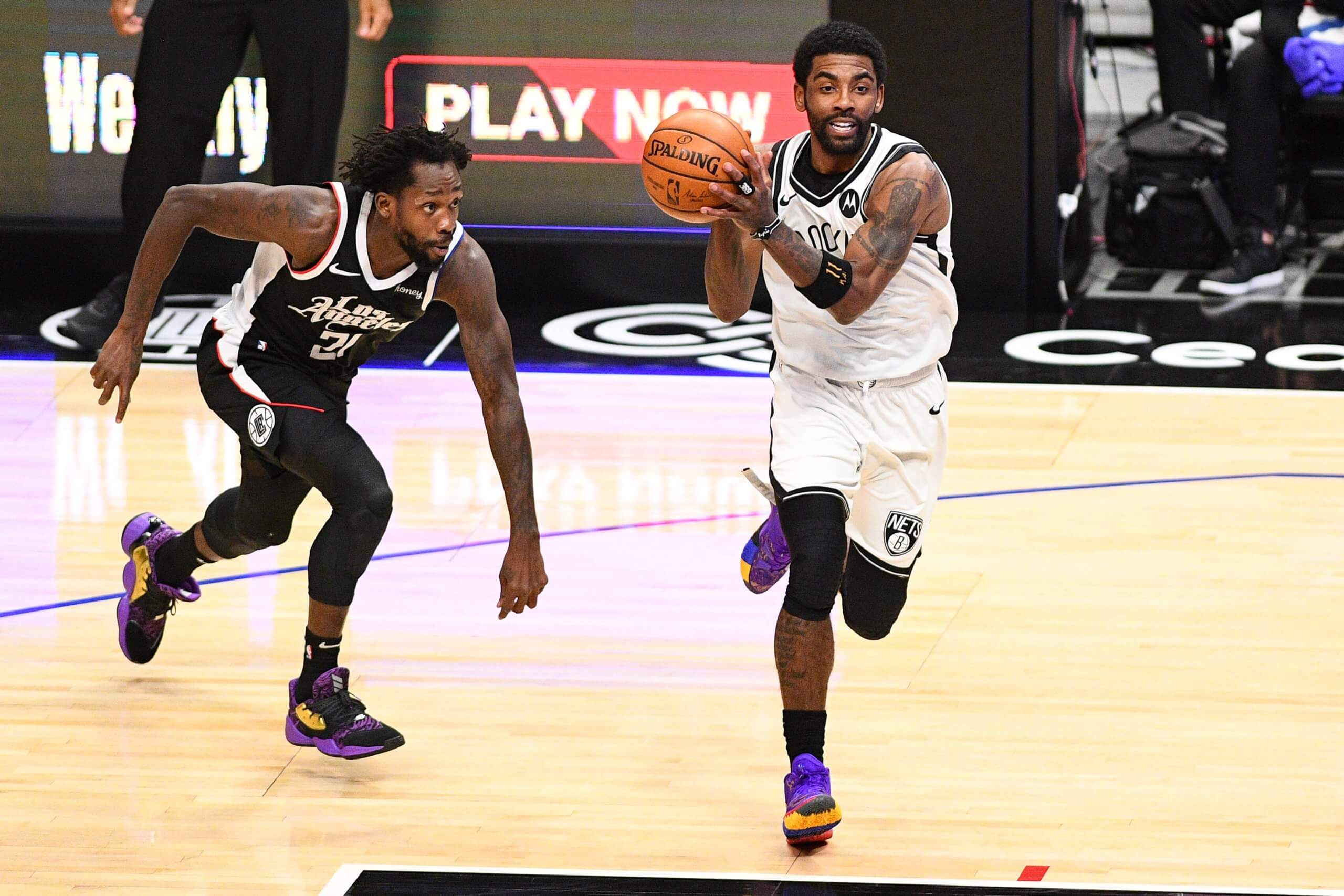 Kyrie Irving might be Brooklyn’s only available All-Star this weekend against the Milwaukee Bucks.

The Nets are 18-13 on the road this season, while the Bucks are 20-11 at home. If both teams were healthy, this could be a preview of the Eastern Conference Finals. However, even if Brooklyn has Durant, the team still won’t have Joe Harris or Ben Simmons, and Goran Dragic hasn’t had time to build chemistry with his new teammates. The Nets are a shell of what fans envisioned entering the year.

As for Milwaukee, the Bucks won’t have Brook Lopez, who is still dealing with a long-term injury, and 40.7% three-point shooter Pat Connaughton. It’s fair to say they’ve underachieved up to this point in the season, but the lack of drama and internal fissures makes me more optimistic for a turnaround.

The Eastern Conference is very close at the top and still lacks a 40-win team. For reference, the Western Conference already had three 40-win teams at the All-Star break. The East is up for grabs. It’s just a matter of which team grabs momentum down the stretch. Brooklyn got off on the wrong foot with a one-sided loss to Boston. However, they could get Kyrie Irving back full-time because New York vaccine mandates are changing.

Check out the latest odds and props for any upcoming football games.

Irving should be available for Saturday’s game in Milwaukee. It’s unlikely he’ll have Durant, who hasn’t suited up since Jan. 15. Dragic has the potential to make his Nets debut, but we won’t know more until right before the game.

With the Nets battling lineup changes and the possibility of relying entirely on Irving and Seth Curry, the Bucks feel like heavy favorites to win. 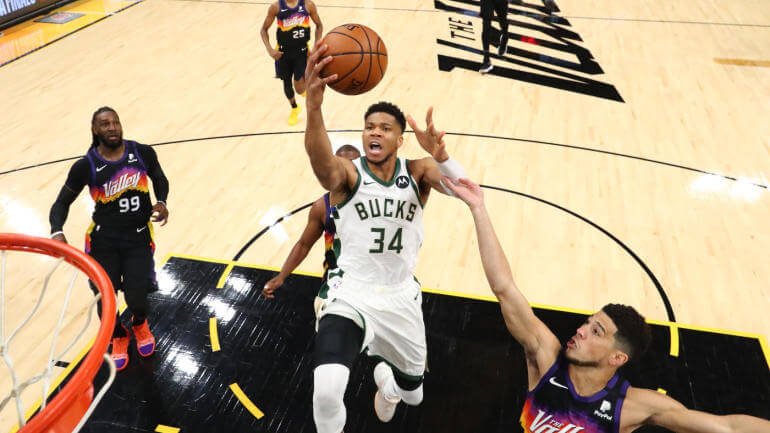 With Kevin Durant possibly sidelined on Saturday, Giannis Antetokounmpo is the only legitimate MVP candidate taking the floor in the Bucks vs. Nets matchup.

We could have a new league MVP this year. With Durant dropping to +6600 odds to win because of his injury, Joel Embiid vaults into first place by a thin margin. He’s followed closely by the reigning MVP, Nikola Jokic, and Antetokounmpo, who already has two MVPs under his belt. Embiid was averaging a league-high 29.6 points per game at the All-Star break to go along with 11.2 rebounds, 4.5 assists, and 1.4 blocks.

Looking to get into the betting action? Here are a few sites that could help you out this NBA season.

If you were hoping for some new end-of-season award winners, don’t bother monitoring the Defensive Player of the Year (DPOY) race. Rudy Gobert is in line to win his fourth DPOY award in the past five years. The French center has the shortest odds to win DPOY after leading the NBA in rebounds (14.8) and blocks (2.3) per game at the All-Star break. He’s played 44 of 58 games so far.

Draymond Green, who is out for several weeks with a back injury, has a +4.6 defensive box +/- this season (Gobert’s is +2.1). Antetokounmpo is once again having a stellar season on both ends of the court, but he’s not contributing at the same defensive level as in his 2019-20 DPOY campaign.

Check out the best basketball betting sites for the current NBA season. Feel free to explore betting on other leagues and sports.