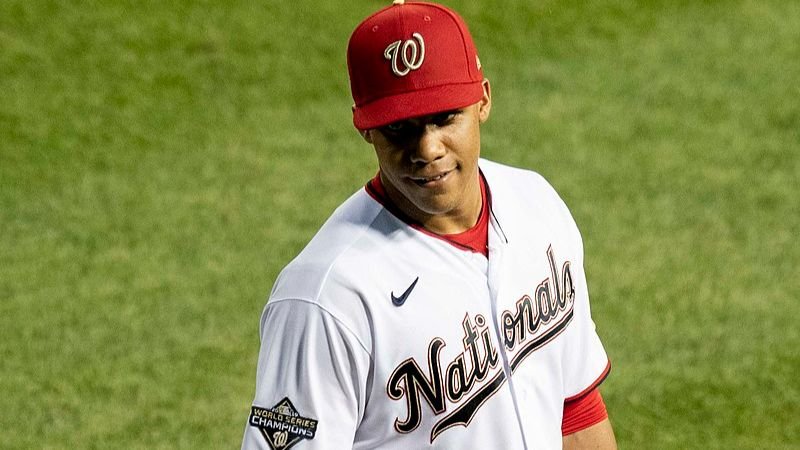 Juan Soto, a Washington Nationals outfielder, took the trading block after turning down a $440 million deal to sign a 15-year contract with the Nats. The New York Yankees, New York Mets, Los Angeles Dodgers, and Toronto Blue Jays are among the teams expected to sign Soto, according to PointsBet.

A report says that one of the reasons Soto refused the offer given by the Nats was because the offer was not profitable for Soto. With the offer, Soto would only receive under $30 million per season.

The offer is considered too small for Soto, who has many achievements and has the potential to become a free agent with high selling points in the future. Apart from receiving various awards, Soto also has outstanding performances and is one of the best left-handers in MLB.

After rejecting the contract offer, Soto is expected to immediately move to another team. In this case, the Yankees, Mets, Dodgers, and Blue Jays are considered the teams that will be Soto’s destination. Those are the leading teams on the sports betting site PointsBet, with moneyline odds of +450, +450, +550, and +650, respectively.

The four teams have high enough bidding prospects to be able to get Soto as one of the best players. Even though the Mets don’t have the deepest farm system for baseball, they have plenty of prospects in the top 100 to acquire a talented baseball player like Soto.

The Yankees who scored 4.7 runs per game this season are still not a consistent team. Even so, the Yankees have a lot of prospects they can offer the Nats, including getting their top players into the trading package.

Meanwhile, the Dodgers are a team known for their ability to spend huge amounts of money to acquire the talent of a superstar. Moreover, the Dodgers also have a professional relationship with the Nats after acquiring Trae Turner and Max Scherzer last season.

Furthermore, the Blue Jays appear improbable. However, Soto, a superb hitter, requires a quality pitcher to stay up with his game, which the Blue Jays have. According to sources, if Soto joins the Blue Jays lineup, the Blue Jays will almost certainly become a squad that opponents fear.

The big story in baseball over the last week has been the ...