California Secretary of State Shirly Webster released the list of eligible statewide ballot measures that voters will weigh in on in November, and included in the list is the California Solutions to Homelessness and Mental Illness Act that would legalize online sports betting in the state. The measure joins another bill on the ballot that would legalize California sports betting but limit wagering to retail tribal casinos only. 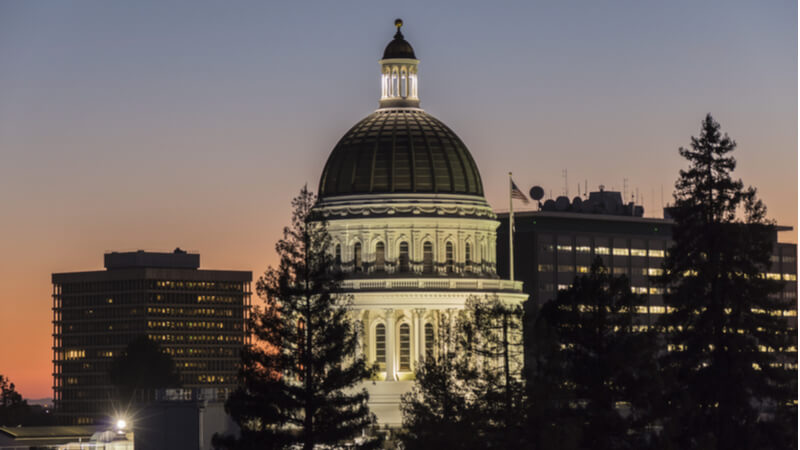 In addition to allowing legal online sports betting, the California Solutions to Homelessness and Mental Illness Act is also designed to provide significant benefits to the homeless and mentally ill in the state. The measure calls for a whopping 85% of sports betting and online casino tax revenue to be allocated to addressing the issue of homelessness. With California’s homeless population continuing to grow, the issue is a concern for all California residents, and the large potential influx of tax revenue dedicated towards helping the issue could be of great benefit. The remaining 15% of the tax revenue is earmarked for the state’s tribes who are not already involved in the legal gambling industry.

The advertising blitz is already underway

The two sides are already engaged in a battle for votes. Shortly following the official announcement that the measure would be included in the ballot, an ad collectively funded by DraftKings, FanDuel, and BetMGM among other large operators called “False Attacks” was released. The ad refuted a previous advertisement funded by the tribal operators that accused online operators of being disingenuous of their desire to help California’s homeless population. In conjunction with the ad, three of California’s tribes announced their support of the California Solutions to Homeless and Mental Illness Act, citing its ability to provide benefit for all tribes, not just the ones that operate large casinos.

Each side of the battle has leaked plans to spend in the range of $100 million in advertising in support of their respective initiatives. The enormous size of the California market makes the online wagering measure extremely enticing for national operators, while the tribal casinos who have held a monopoly on the state’s gambling industry for decades are highly motivated to expand their monopoly to include sports betting in addition to traditional casino gaming. While the tribes that own casinos are clearly in favor of the retail-only measure, there is still significant disagreement even among the state’s tribes, as only 25 of the 109 recognized tribes have publicly expressed support of restricting sports betting to in person only.

The vast majority of states that have legalized sports betting have done so via state legislators rather than by ballot measure. California would be just the sixth state to do so, following Arkansas, Colorado, Louisiana, Maryland, and Virginia. Polling indicates strong support for the concept as a whole and specifically for the California Solutions to Homelessness and Mental Illness Act, as the most recent polling indicates 59% of California residents support the measure while just 28% are opposed.

The concept of legal sports betting is mostly popular nationwide and specifically in California. Like many states, it seems like a matter of time before sports betting is legalized in some form. The two competing measures provide two paths to get there, and it will be up to the votes which method they prefer when they head to the polls in November.

Discover the best US sportsbooks for August 2022