North Carolina appeared poised to pass a measure that would allow legal online sports betting. In a last-minute turn of events, a single vote in the wrong direction made it unlikely that the state will legalize mobile sports wagers in 2022. 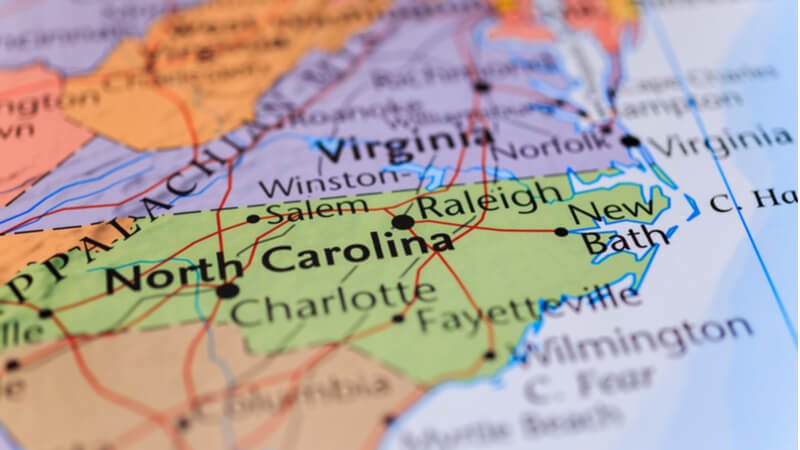 Defeated by the slimmest of margins

It seemed like a foregone conclusion that North Carolina would be the next state to enter the legal online sports betting arena. The concept has broad support among voters, and as the bill was brought to a vote it appeared that legislators were quibbling over tax rates and licensing fees rather than whether or not the state should legalize online wagering in the first place. The negotiations resulted in two bills coming up for a vote, with both needing to pass in order for Governor Roy Cooper to sign off.

The first bill, SB38, passed by a slim 51-50 margin. However, when the vote came around for SB688 Republican representative Jeffrey Wilkes flipped his vote, causing the measure to fail by the same 51-50 split. The House’s inability to pass both bills doesn’t eliminate the possibility that the state will legalize sports betting in 2022, but it makes it extremely unlikely. In order for progres to be made during the current legislative session, legal gambling supporters would need to craft a new bill as well as drum up enough support to get it passed by the group who just voted down the current bills.

In addition to concerns about young athletes who have not yet achieved the financial security that comes along with playing in professional leagues, some North Carolina legislators took a moral stand against legalized online sports betting. Representative Abe Jones explained his no vote with vague fears that allowing North Carolina residents to place a bet on sports somewhere other than a land-based casino or an illegal offshore sportsbook would somehow directly lead to increases in prostitution and exploitation. Representative Larry Pittman justified his vote that went against the wishes of the public who elected him by saying “The one opinion that matters to me, the one judgment to me that matters, is what does Jesus think? It’s very clear from his word what he thinks of these two bills, and I’m gonna be on his side and vote ‘No.’”

Is there any hope left for North Carolina sports bettors?

The failure to pass both SB38 and SB688 was a significant blow to legalizing online sports betting in North Carolina. The legislative session is not over, allowing the theoretical possibility for a new bill to be drafted and voted on. That scenario is extremely unlikely, in spite of the bill’s biggest supporter representative Jason Saine’s declaration that it was still possible to pass a bill. There is less than a week remaining in the legislative session, and should the longshot of a new bill passing not come to fruition, it will be at least 2023 before North Carolina legalizes online sports betting.

Retail sports betting is currently legal in North Carolina, but is difficult for most residents to access as only two casinos in the state have legal sportsbooks, with both located relatively far away from the state’s largest population centers. Some residents can make the trip to Virginia in order to place their wagers, but the rest will have to wait until the state’s governing bodies can agree on the final parameters and enact a bill everyone is willing to sign off on. Be sure to check back with our gambling news to stay in the loop with all the latest updates in the North Carolina gambling scene.

Top legal sportsbooks in the US right now