DraftKings Review
Nothing Found
About betting.net
Betting.net / News / NFL Wildcard Preview, Bills vs. Patriots, Odds, What to Watch For

The Bills and Patriots face off on Wild Card weekend for the third time this year in what looks like will be a frigid night in Buffalo. The game-time temperature is projected to be around 5 degrees and that could have a big impact on the type of game that we would typically see between these two teams. 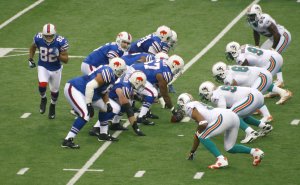 The Bills are hoping to make another deep playoff run

The Bills lost at home early in the year to the Patriots 14-10 when they were in the midst of an offensive slump. Coming into the year the Bills were a popular AFC super bowl pick and have had weeks where they look like one of the best teams in the league, followed by losses to teams like the Jaguars and Colts. In the second matchup, the Bills got things clicking on offense and won 33-21 on the road which helped them pull ahead in the division race. The Bills went on to win their final 4 games in the regular season and are heading into the postseason with plenty of momentum.

The Bills are the early favorites heading into Saturday night due to having the home field advantage and the way they played over the last several weeks. This is a tough game to bet on because if you take a look into the weather conditions, the Bills could have a very difficult time throwing the ball. If you take away the Bills explosive passing game, then we could be in for a defensive battle in which you would likely not want to bet against Bill Belichick. Belichick and the Patriots won a similar type of game earlier in the years against the Bills 14-10 and I wonder if the Patriots will try to slow the game down and get into another defensive slugfest.

With game time temps around 10 degrees and the possibility of snow, I think this will be a relatively low-scoring game and the under is a good bet to consider. Bill Bellichick was out of the playoffs last year without Tom Brady and I think he and the Patriots are a team that could make a run to the Super Bowl if they can get past the Bills. If the Patriots can get out of the gates early and make the Bills play from behind, the Patriots will have a good shot to pull of the road upset. 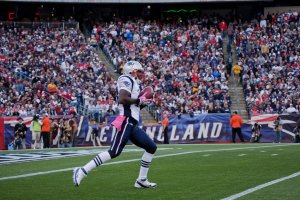 The Patriots are looking to pull off the big road upset

Singletary and Harris are the top runners for both teams and I think both players are good bets to potentially get into the endzone at point. If you have ever tried catching a ball in freezing temperatures you know how hard it can be to catch and throw so we could see plenty of running attempts on both sides.

Can Patriots get back their mojo?

Heading into week 15 the Patriots were a popular Super Bowl pick to come out of the AFC before dropping 3 of their next 4 games. With a rookie QB and young offense, there are growing pains to be expected but if they can string together a consistent offensive performance the defensive side has played great all season and they have the talent to carry the Patriots deep in the playoffs. I think we will be able to tell early in the game if the Patriots are ready to play or if not things could get ugly in Buffalo.