Last week these two teams battled out the division. However, both teams lost. The Cardinals lost to the Seahawks 38-30, while the Rams lost to the 49ers 27-24 in overtime. The Rams held the tie breaker so by default they won the division with the Cardinals loss. Now these two teams matchup in SoFi Stadium, Los Angeles for the Monday Night game. The winner of Arizona vs Los Angeles will travel to Green Bay to take on the Packers.  Watch the Cardinals continue their impressive 8-1 away record this year, as they get players back from injury, & the Rams suffer their own injury news

The Rams and Cardinals played each other twice. In both games the road team won. Earlier in Week Four, the Cardinals went to Los Angeles and beat the Rams 37-20. Edmunds ran for 120 yards while Conner got 50 yards himself with two touchdowns. Murray also threw for two touchdowns (AJ Green & Maxx Williams) and ran for about 40 yards. The Cardinals defense may have given up 400 total yards, but held Kupp to only 64 yards, while also causing two turnovers. Only Van Jefferson and Darrell Henderson looked good in that game.

In Week 14 these two teams played in Arizona and the Rams won 30-23 during Monday Night Football. Stafford stepped up his game with 287 passing yards and three touchdowns (Kupp, OBJ, & Van Jefferson). Sony Michel was the lone running back and got a serviceable 79 yards on 20 carries. For Arizona, Conner scored twice again and Prater made three field goals, including two over fifty yards.

The Cardinals started the season 7-0, and looked like locks to not only win the division, but possibly win the Super Bowl. However, in their last five games they have lost four (including embarrassing wins to the Lions and Seahawks). The main reason for the sputter at the end of the season…injuries. Their top playmakers, Kyler Murray, DeAndre Hopkins, Chase Edmunds, JJ Watt, Rodney Hudson (Center) & Jordan Phillips all missed time or have been playing injured since then. The Cardinals should have everyone back except Hopkins, who has been ruled out with his knee injury. Researching injuries is a great tip for betting on football, read more tips about football betting before placing the rest of your playoff bets.

The Rams on the other hand are five and one in their last six games, only losing last week to the 49ers in overtime. The Rams have found themselves on the lucky side of injuries for the majority of the season. For example, when Robert Woods went out, they traded for Odell Beckham Jr. Now, the Rams will miss incumbent running back Darrell Henderson, but get second year star Cam Akers back (and healthy?). However, this week they will be playing without their big nose tackle Sebastian Joseph-Day, and Matt Stafford, Aaron Donald, & Leonard Floyd will be playing injured all currently holding the questionable tag. 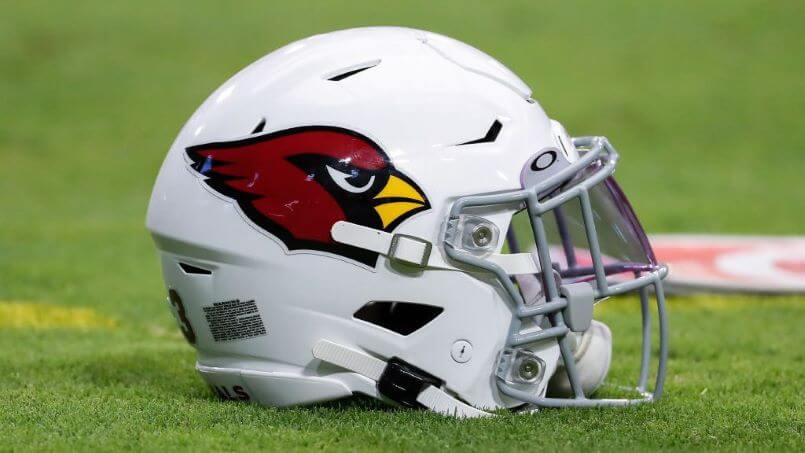 First the spread: the Cardinals have covered their away spread in seven of eight games (77.8%) this year. Furthermore, when the Rams are favorited to win, they only cover the spread 40% of the time.

Of course, it is easy to cover the spread when Arizona wins. The Cardinals are going to win because they have their starting offensive line back, and should have starters like Edmunds and Watt at least partially back. Also, the Cardinals are 8-1 on the road this season (only losing to the Lions). Furthermore, they have won all six games they have been the underdog this year. The Rams are two and two after losing the game prior this year, thus don’t bounce back well. Also, the Rams score less and give up more points defensively at home. With Stafford dealing with a toe injury, and the starting nose tackle out, watch the Cardinals take the win.

Conner has scored four touchdowns in two games against the Rams this year alone, and their starting nose tackle has been declared out.

Van Jefferson has scored against the Cardinals in both games this year. Read Game Spread & Money Line above about why the Cardinals will win.