Week 8 of the 2021 NFL season generated plenty of headlines, some of which were for the wrong reasons. Many star players suffered injuries on Sunday that could impact how their teams perform going forward. Luckily we also saw some great games that tightened divisional races.

If you want to get in on the betting action for Week 9, head over to our Strategies Page for some tips.

The New Orleans Saints might want to consider trading for a quarterback while they still can. Incumbent starter Jameis Winston is done for the year after suffering a torn ACL and damage to his MCL. The former Buccaneer had 14 touchdown passes and only three interceptions before getting injured. 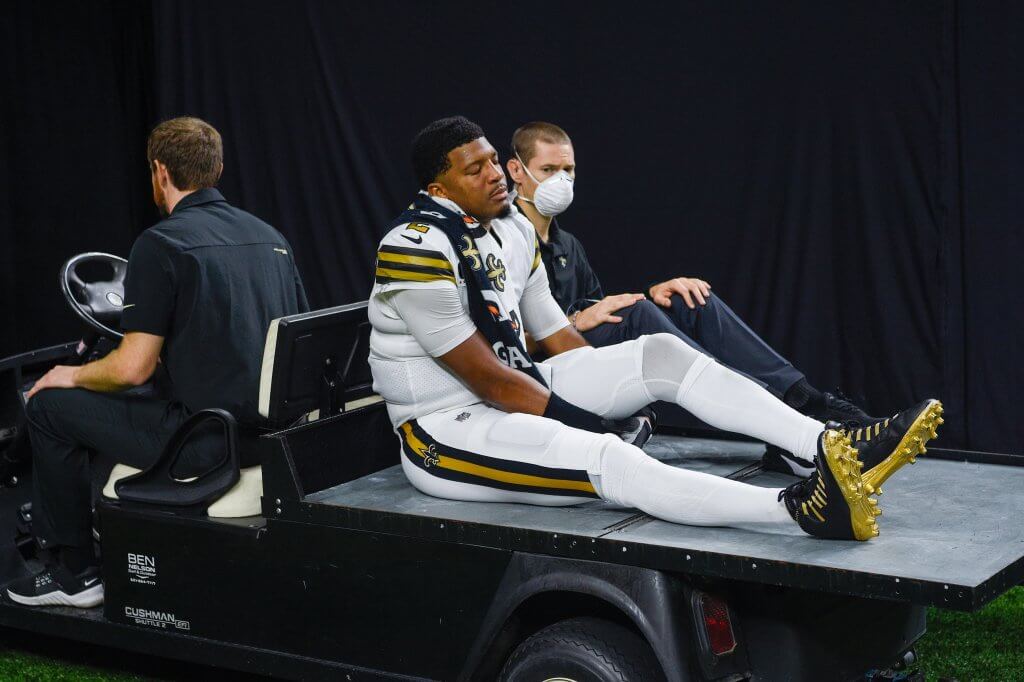 Jameis Winston heads to the locker room after suffering a knee injury.

ESPN’s Adam Schefter reported on Monday that Tennessee Titans superstar running back Derrick Henry suffered a foot injury that could end his season after only eight games. Henry currently leads the NFL by vast margins with 219 carries for 937 yards and ten touchdowns.

Henry emerged as an MVP candidate before suffering his injury. NFL Network’s Ian Rapoport believes the All-Pro could face an eight-week recovery window and return for the playoffs if everything goes well. In the meantime, Tennessee has signed Adrian Peterson.

Henry will have surgery on his foot Tuesday morning.

Rams Go All In

Los Angeles hasn’t valued draft picks during the Sean McVay and Les Snead era. That’s a trend that won’t change this season. On Monday, the Rams completed a deal to acquire future Hall of Fame outside linebacker Von Miller from the Denver Broncos. He joins a defensive front already featuring Aaron Donald and Leonard Floyd.

The Broncos get a second-round and a third-round selection in the 2022 NFL Draft in exchange for their leading sack artist. Denver also has to pay nine million of Miller’s remaining $9.7 million salary.

The Rams plan on unleashing Miller for the first time on Sunday Night Football in Week 9.

McVay’s team continues throwing draft picks to the wind to acquire elite talent. That’s how the organization brought in Matthew Stafford. Unlike Stafford, Miller is a free agent after this year, meaning he could turn into a nine-game rental. 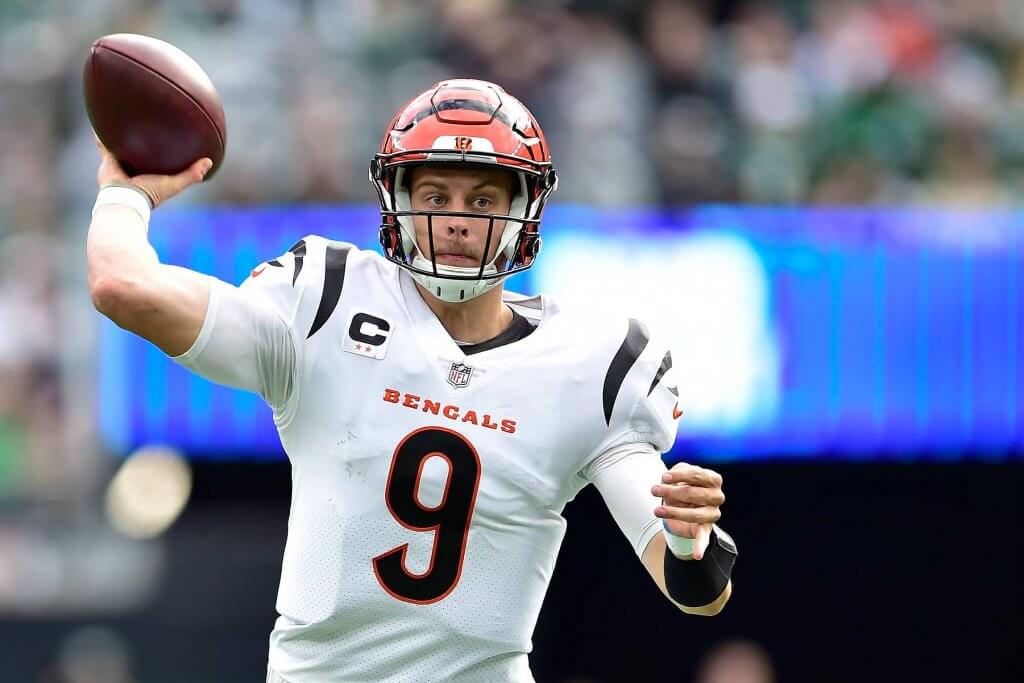 Joe Burrow’s Bengals came up short against the Jets.

The AFC North is the only division that has a new leader after Week 8. Baltimore jumped Cincinnati despite having a bye week. Pittsburgh taking down Cleveland and Joe Burrow losing to the New York Jets both came as surprises. The Browns can at least point to their laundry list of injuries, but Cincinnati has no excuse.

The Raiders enjoyed their bye week as they watched Los Angeles drop a winnable game to New England. Las Vegas is clearly outperforming expectations. We’ll see if they stay ahead of the pack much longer.

You can never count Bill Belichick out, but Buffalo should hypothetically run away with this division.

The Titans defeated their only challengers for the AFC South crown, but Derrick Henry’s injury might leave an opening for the Indianapolis Colts.

Aaron Rodgers is a bad man. Green Bay handed Arizona its first loss of the season despite playing without the team’s top three wide receivers, Jaire Alexander, and David Bakhtiari.

Arizona dropped its first game of the season against Green Bay on Thursday Night Football. Meanwhile, the Rams easily dispatched Houston. Los Angeles is committed to winning a Super Bowl this season, which puts even more pressure on Arizona.

The NFC East continues its role as the worst division in football.

New Orleans upset the Buccaneers this week, closing the gap separating them to one game. Unfortunately, the Saints lost their quarterback in the process.