A pair of .500 teams meet up to start the Week 7 action as the Denver Broncos head to Cleveland to take on the Browns. Betting.net always has you covered for the best bets on the spread, points and props including anytime touchdown scorer. If you plan on betting the rest of the Week 7 slate of games be sure to have a look first at our Odds Comparison page. There you can find all of the odds for every game and compare how different sports books have them listed. 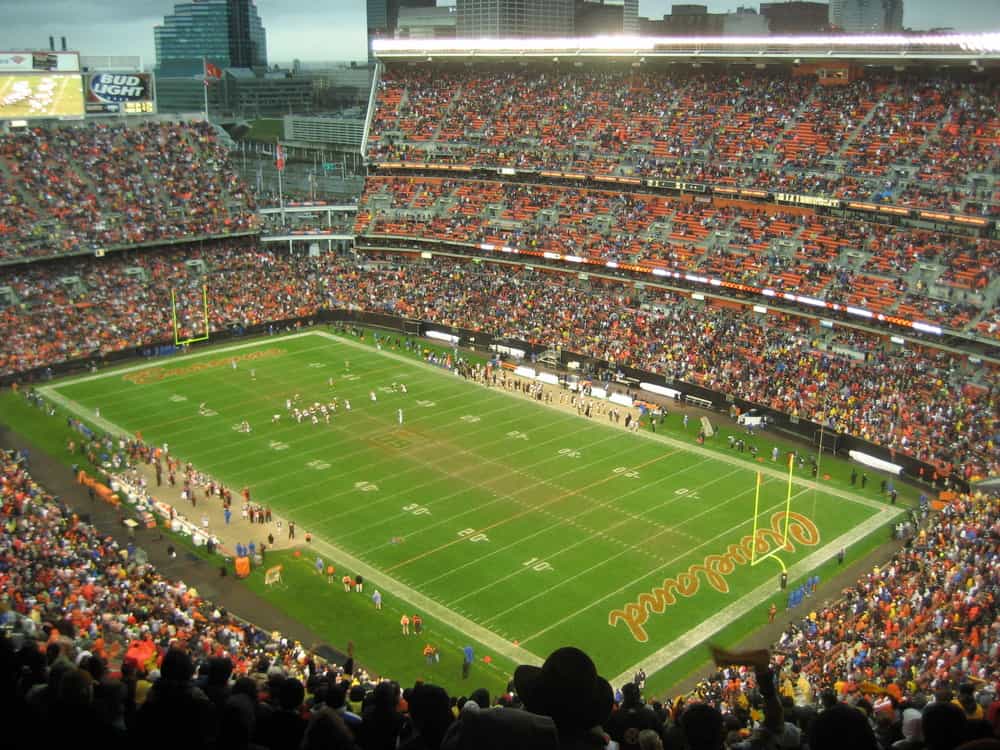 This spread has shrunken quite a bit over the past week. The game opened with Cleveland -6 and is now all the way down at -2.5. What gives? The main answer to that question is a number of key injuries to Cleveland players. They’ll be without their two-headed monster backfield of Kareem Hunt and Nick Chubb. QB Baker Mayfield has said he’s playing, but his arm has been seen in a sling so… okay. WR Odell Beckham Jr. missed practice Monday and Tuesday and is hoping to be a gametime decision. That’s just the biggest names, Cleveland had 20 people crop up on it’s injury report on Monday.

Meanwhile Broncos QB Teddy Bridgewater has been limited as well as TE Noah Fant. Still the Browns 3-3 and the Broncos 3-3 are different beasts. The Broncos have beaten the Giants, Jaguars, and Jets, whereas the Browns have beaten the Texans, Bears and Vikings, all while having two close one-possession losses to the Chiefs and Chargers.

The Browns, when healthy, are a much better team. But, is this iteration of the Browns 2.5 points better than the Broncos? It will be hard to tell until Thursday rolls around, and it’s worth monitoring the injury situation, but it’s best to take the Browns at home to win by a field goal. The Broncos have yet to show they can beat a quality team and for how banged up Cleveland is on O, their defense will still show up.

I can’t remember the last time two .500 teams played and the point total was this low. It’s possible that with the injuries to both sides the books think this will be a boring Thursday Night Football punt fest. This point total has also come straight down since opening at 44.5. Because of that, I’m taking the over. This isn’t going to be a shootout, but both teams are good enough to put up points even with key starters out.

Williams has slowly been taking over this backfield as the season has moved along. Most importantly he’s tied with Melvin Gordon on red zone rushing attempts. Look for the rookie to assert his dominance on the backfield in this matchup.

The Browns know they need the running game in order to be successful. Baker Mayfield is always more comfortable and effective when his team is able to move the ball. Whatever you think of the talent, this will be Johnson’s backfield and he should see plenty of attempts. He’ll easily eclipse 60 yards due to the involvement and likely game script.

Games with many injuries like this one can be tough to bet on. One thing you can do to protect your bankroll is take advantage of the many bonus codes and promotions out there. We have a whole page dedicated to bringing you the best bonuses from the biggest operators so you can get things like free bets and odds boosts.