Crazy how the time flies. Somehow we already find ourselves one third of the way through the NFL’s expanded 18 week season as we enter into the first game of Week 6. Leading us into the week is a matchup that sees Tom Brady and the defending Super Bowl Champion Buccaneers take on the Jalen Hurts and the Eagles in Philadelphia.

We’ll give you all the best bets for the spread, points, and props, a lock for anytime touchdown scorer. Whether you plan on just betting this matchup, or a number of other games over the weekend, have a look at our Odds Comparison Tool. This page allows you to compare the odds offered by multiple sportsbooks so you can see where you’ll get the best offer for your bet. 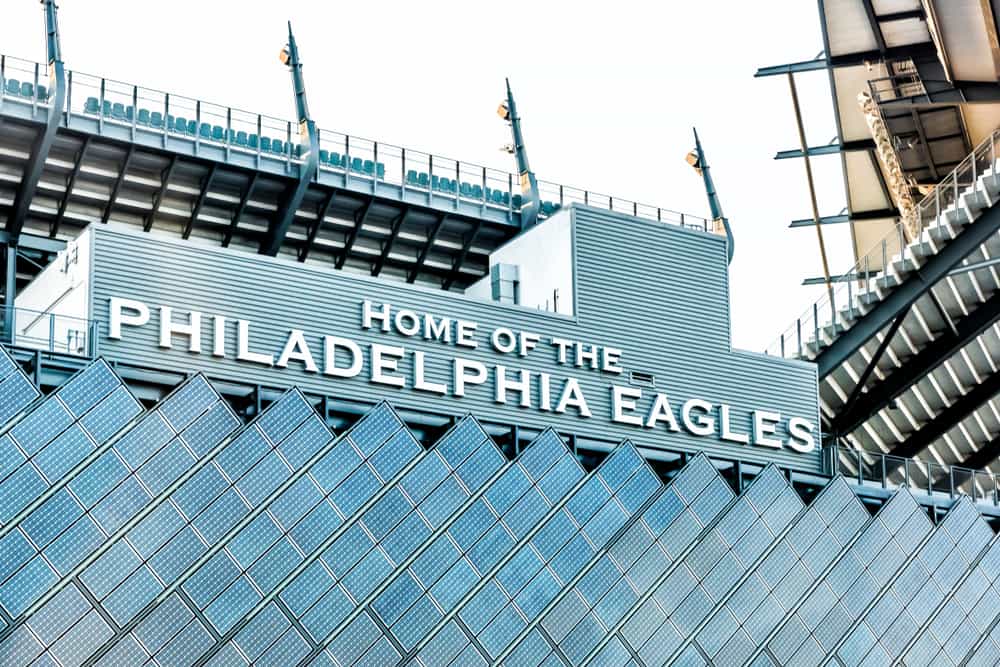 We all know going into this game that the Bucs are the better team. They have a better QB, a better coach, better weapons on offense. However, are they good enough to cover a touchdown spread on the road? Especially when they’re missing the likes of Rob Gronkowski, Lavonte David, and Atoine Winfield Jr..

Yes! As long as Tom Brady, Antonio Brown, Chris Godwin, and Mike Evans all suit up to play, the Eagles offense will not be able to keep up. Tom Brady has yet again showed people why he is referred to as the GOAT when he threw for 5 TDs and over 400 yards last week against the Dolphins. He’s now thrown for 15 TDs in five games, and one of those games he didn’t throw a single touchdown.

The Eagles defense has been good, top ten in fact, keeping opponents under 25 points per game despite their 2-3 overall record. However, the Eagles offense has been inconsistent at best. Philadelphia In last week’s game vs. Carolina, they only scored six points in the first half and surrendered a safety on a play that started on their 16 yard line. Then they scored 15 straight points in the second half to win 21-18.

All of this is to say that the Bucs should cover this spread. Brady’s at his best in primetime and even the Birds’ staunch defense won’t be enough to slow him down.

The Eagles offense, like mentioned before, can be unpredictable to a certain extent. Their record so far has shown that they struggle against solid defenses. In fact, the only time they’ve scored over 21 points this season was against the Falcons and Chiefs. The Bucs on the other hand, have put up over 23 points on every team they’ve faced this season that isn’t coached by Bill Belichick.

The Bucs will put up points, but the Eagles defense will stop things from getting too out of hand. Take the under as this game is unlikely to be a primetime shootout.

The three-headed monster of WR’s in Tampa Bay can be hard to predict. Any week, one of them could go off, and another could disappear. This looks to be Godwin’s week. Darius Slay will most likely cover either a resurgent Antonio Brown or the big target in Mike Evans. This leaves Godwin with a favorable matchup, and Brady’s a smart enough QB to recognize those matchups and attack them.

So far this season, the Buccaneers pass defense has been their Achilles heel, allowing 32.8 completions per game. They’ve also been incredibly strong against the run (45.8 yards per game), and running QBs alike. Hurts will have no choice but to stay in the pocket and throw if he hopes to keep up with the Bucs.

We’ve already talked about teams inability to rush the ball against Tampa Bay. That doesn’t mean RBs have been unsuccessful catching the ball out of the backfield though. In fact, opposing teams average 8.4 receptions to RBs when facing the Bucs this season. Sanders should have no problem catching four balls, and Jalen Hurts isn’t opposed to checking the ball down short either.

If you plan on betting this game or any others be sure to take advantage of the great deals from our Betting Offers Page. There you’ll find free bets, odds boosts, and other promotions from the top operators in your area.

With a trip to the NFC Championship game on the line, Mathew ...