We head into the last couple of weeks of the NFL regular season with still plenty of intrigue over who will secure the division titles in both conferences and the final wild card spots. In the AFC the Chiefs have won 8 in a row and are back on top as the Super Bowl favorites, but they have shown some holes on the defensive end throughout the year that should give other contenders in the AFC confidence that they can make a run.

In the NFC, the conference looks deeper than ever before with the Packers starting to look like the favorite as they inch close to securing home-field advantage, but teams like the Bucs, Cowboys, and Rams have gone through stretches where they look like the best team in the league. The Bucs beat the Packers in Green Bay in last year’s NFC title game, so they certainly won’t be scared to head back to Green Bay again this year if they have to. Head over to our strategies page if you want to get tips on how you can take advantage of the last 2 weeks of the NFL season. 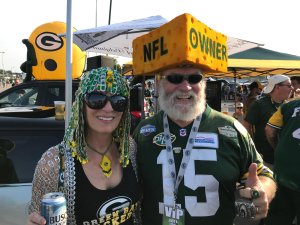 The Cheifs and Packers both are the favorites to get to the Super Bowl but anything can happen come playoff teams and teams like the Colts and Bills look to be peaking at the right time and could make a run with the way they are playing.

The Bengals have won two in a row and are back at the top of the AFC North standings after last week’s win over the Ravens and look to be peaking at the right time. Joe Burrow threw for over 500 yards in last week’s win and it will be interesting to see how he does against the Chiefs at home in what could be an early playoff preview. Patrick Mahomes has been on a tear as well in recent weeks and this should be one of the most entertaining games to watch this weekend. I like the Bengals to pull off the home upset in this one.

The Dolphins have won 7 in a row but a deeper look into their schedule will show that most of their wins have been against teams that won’t be in the playoffs. We will get to see if the Dolphins are for real this week as they head to Nashville to take on a gritty Titans team that is still in the hunt for the #1 overall seed and has the Colts right behind them so they will have plenty of motivation to get the win at home. I like the Titans to cover the spread and knock the Dolphins out of the playoff race and send them back down to earth. 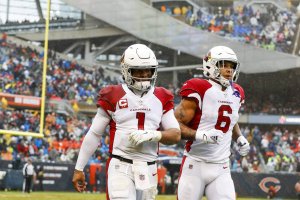 The Cardinals have lost three in a row and are now looking at a Wild Card spot instead of being one of the top seeds in the NFC. The Cardinals were one of the early NFC favorites after their hot start, but they have struggled since Kyler Murray’s injury and he has not looked the same since he has returned. The Cowboys are still in the hunt for the top overall seed in the NFC and put up 56 points in last week’s win over Washington. The Cowboys are 6 point favorites at home and I think they continue their hot streak and cover the spread as the Cardinals’ late-season collapse continues for the second season in a row.

The Vikings have to win to keep their playoff hopes alive and likely save head coach Mike Zimmer’s job and the Packers will look to lock up the #1 seed in the NFC. Aaron Rodgers is in a great position to win another MVP with a solid finish to the year in what could likely be his last season in Green Bay.