NFL Week 13 started off with the Dallas Cowboys beating the New Orleans Saints 27-17. QB Taysom Hill got the start for the Saints and threw for an impressive 264 yards with two touchdowns while rushing for over 100 yards on the ground. However, he did throw four interceptions. The Cowboys defense looked great against the Saints (other than defending Hill on the ground).

Dallas’ offense threw all over the field to Lamb and Gallup, while Pollard ripped off a 58 yard touchdown. The Cowboys comfortably move up to an eight and four record, while the Saints sink to five and seven. The playoff race is tight with more teams than expected are still in the hunt, update yourself to the changing odds for Sunday’s matchups and get your bets in. 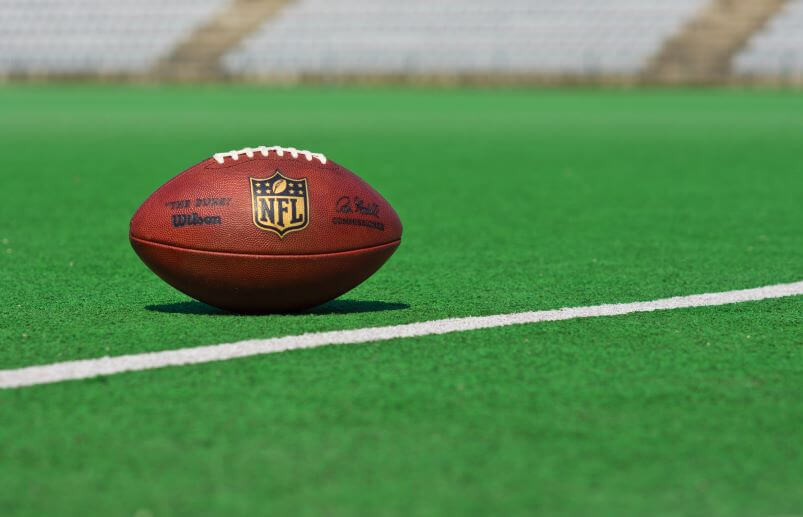 Injuries have been extra prevalent this week. CMC is back out, and will remain out for the rest of the year. Dalvin Cook from the Vikings and Deebo Samuel of the 49ers will also be out for significant time. RBs Swift, Gordon, & McKissic are all declared out as well for this week. TEs Waller and Arnold are officially ruled out as well as QB Daniel Jones. The questionable tag holds many game time decisions from QBs like Hurts and Murray to RBs including Henderson, Robinson, & CEH.

Antonio Brown of the Buccaneers is officially suspended three games for misrepresenting his Covid documents. While other WRs Robinson, Hopkins, Beckham, & Toney are supposed to miss this week too.

QB Tom Brady (Buccaneers) threw for five touchdowns against the Falcons in Week Two. Despite the Buccaneers surprising usage of Fournette, Brady should be unleashed against a struggling Falcons team that has nothing left to play for.

RB Elijah Mitchell (49ers) is up against the Seahawks who are the 2nd worst team defending the run. Mitchell came back from injury last week and racked up 133 yards and a touchdown, as well as also catching five receptions for 35 yards. Mitchell missed the last matchup when the 49ers and Seahawks played, however incumbent backup Sermon was able to get 89 yards, imagine what Mitchell could do.

WR Hunter Renfrow (Raiders) will go up against the Washington Football Team, who are 29th defending WRs. Renfrow has received at least seven targets in eight of his eleven matchups. With Waller out this week, Renfrow looks like the main target against a struggling Washington secondary.

TE Jack Doyle (Colts) has seen an uptick in usage the last three games. Wentz has started relying on Doyle throwing him the ball at least five times in these games. Last week Doyle went six for seven with 81 yards. The Texans are bad against TEs and Doyle is on the rise of usage, look for Doyle as a cheap TE option.

Minnesota is the heavy favorite, however they only have a seven point spread. The Vikings are without Cook, however Mattison is a capable replacement. Rookie RB Nwangwu will also get an extended look. He has impressed on the special teams and he should get a few carries and take over as the main pass-catching back. It is a long shot bet, but can happen with a game script where the Vikings go up on the Lions and run out the clock for the rest of the game.

The Seahawks beat the 49ers in Week Four, however a lot has changed since then. In that game Garoppolo was hurt and Lance made his debut. Mitchell was also injured and Sermon filled in doing well enough to keep the Niners in it. This was the time Aiyuk was still in the doghouse and the Seahawks capitalized on three turnovers. This time around the Niners are all healthy (minus Deebo), while the Seahawks are without a useable running back and a Russell Wilson has not looked good coming back from his injury. Furthermore, the 49ers are in the top 25% of the league in defending QBs, WRs, & TEs, which are the positions the Seahawks have to rely on if they have a chance. The Broncos are also a top defense and go up against the Chiefs  this Sunday, read the detailed Betting Guide now.

DraftKings Bonus
20% up to $1000
T&Cs apply
9.2/10
Go to Sports Betting Bonus Comparison
Get the latest updates in Sports and Casino via our Newsletter