The 2021 NFL season continues hitting coaches, players, and fans with unexpected twists. Two of the consensus top-five teams entering the year lost in Week 11. No one is running away with a conference, which means we’ll see some exciting clashes as the season winds down.

Let’s see what the divisional standings look like after 11 weeks of NFL action.

Head over to our Strategies Page for some tips if you want to get in on the betting action for Week 12. 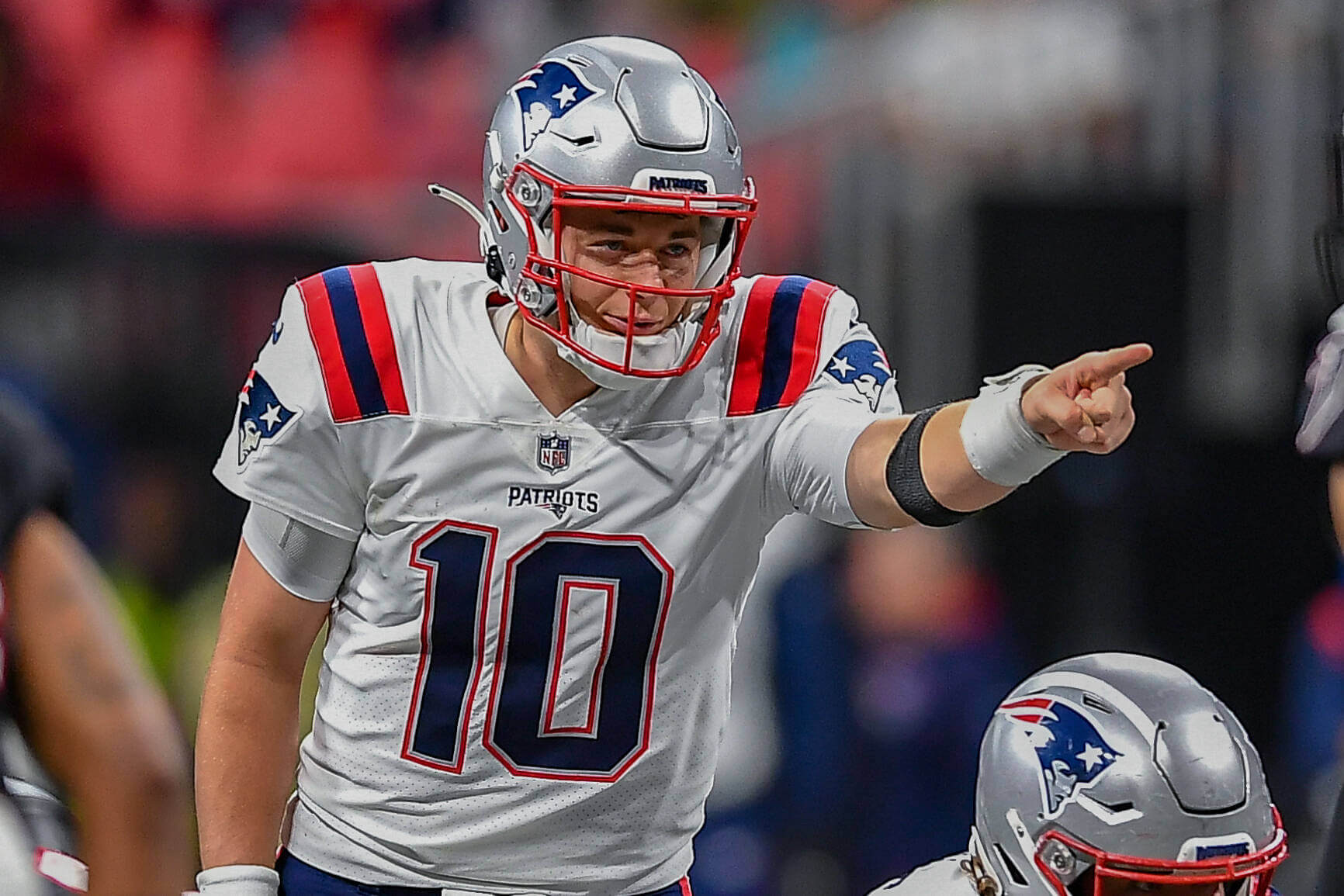 The Patriots and Mac Jones are in first place in the AFC East.

The New England Patriots couldn’t reclaim the AFC East throne without some help from the Buffalo Bills. Fortunately for Belichick and rookie quarterback Mac Jones, Atlanta wasn’t a challenge on Thursday night, and the Bills got whooped in front of their home crowd.

The Ravens played Sunday’s game without Lamar Jackson. Backup quarterback Tyler Huntley did just enough to give Baltimore a shot at the end of the game, and Devonta Freeman punched in the winning touchdown.

John Harbaugh’s team looks sloppy over halfway through the season. They’re 2-2 in their past four games, including an overtime win against Minnesota.

All four teams in the AFC North are over .500, and the Pittsburgh Steelers were the only one to lose in Week 11.

It wasn’t a performance to write home about for Patrick Mahomes, but Kansas City’s offense found Tyreek Hill and Travis Kelce just enough to stay ahead of Dallas. Chris Jones led the way on defense with 3.5 sacks and a tipped pass that led to an interception.

Kansas City’s 7-4 record leads the AFC West, but the Chargers aren’t too far behind at 6-4. Every team in the division is at .500 or better.

Indianapolis humiliated Buffalo behind a five-touchdown game from Jonathan Taylor. The second-year back ran for 185 yards as the Colts advanced to 6-5. Meanwhile, Ryan Tannehill threw four interceptions in an inexplicable 22-13 loss to the Houston Texans.

Houston entered Week 11 with eight consecutive losses while Tennessee was the hottest team in football. The Titans have now lost to two of the worst teams in the NFL (Jets and Texans).

The Colts are still two games behind Tennessee in the standings.

Dallas couldn’t get anything going on offense against the Chiefs. Dak Prescott turned in an uncharacteristically poor performance for the second time in three weeks as the Cowboys only scored nine points. Not having Amari Cooper and CeeDee Lamb for most of the game didn’t help.

Fortunately for the Cowboys, they still have a two-game lead in the NFC East. Dallas is comfortably at 7-3 while the Philadelphia Eagles sneakily advanced to 5-6 with a high-scoring win against New Orleans. 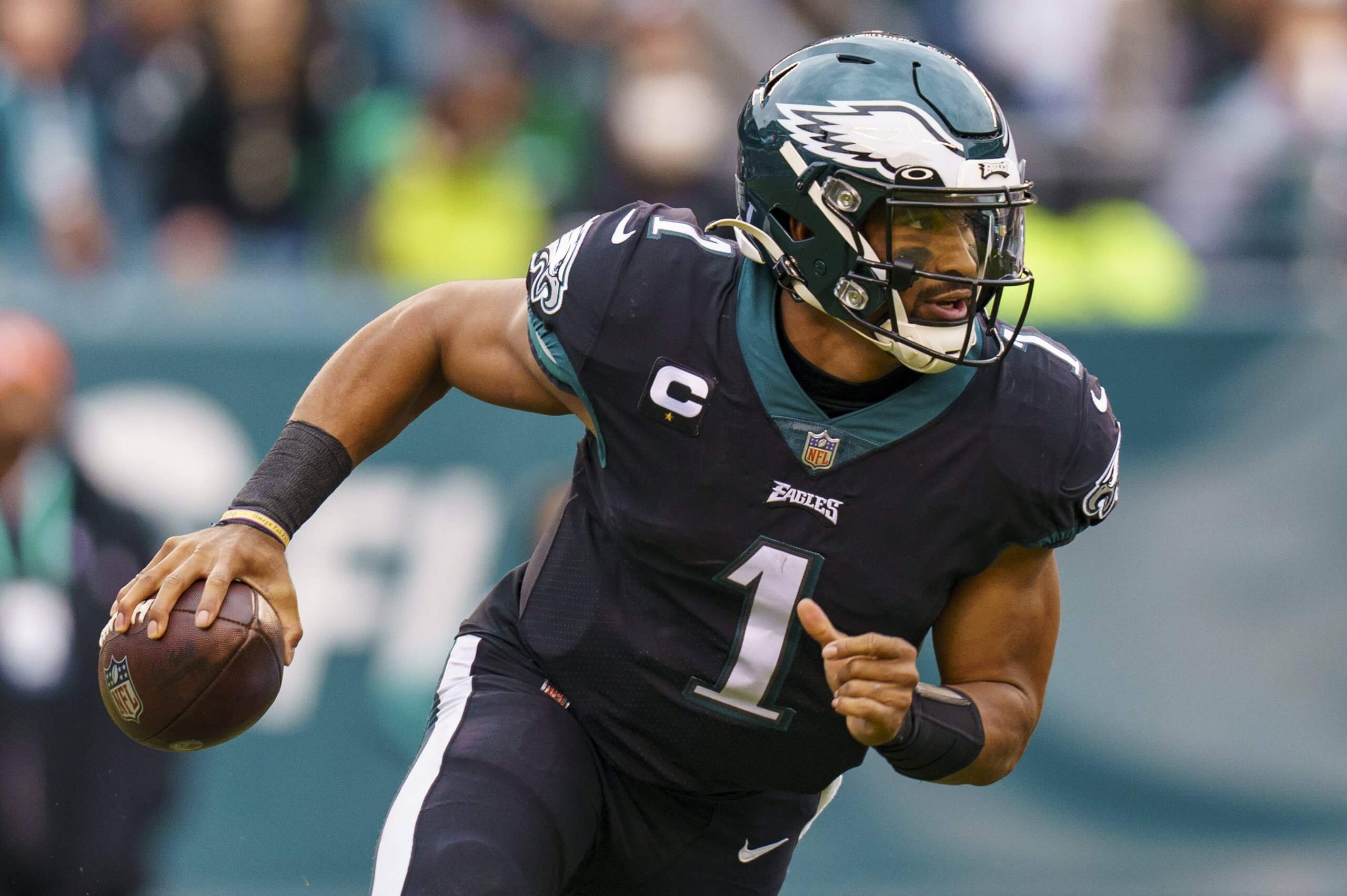 Jalen Hurts led Philadelphia to an impressive win in Week 11.

Arizona hasn’t had its MVP candidate since that heartbreaking loss to Green Bay several weeks ago. Colt McCoy did a good job filling in for Kyler Murray, leading the Cardinals to a 2-1 record. The team’s 23-13 win over Seattle in Week 11 solidified Arizona as the NFC West’s top dog with a 9-2 record.

Kliff Kingsbury’s team has a bye in Week 12, which gives Murray a chance to heal up.

The Los Angeles Rams had a bye in Week 11. Sean McVay and Matthew Stafford needed that time to collect themselves after dropping two games in a row. Los Angeles is 7-3.

San Francisco improved to 5-5 after beating the Jaguars.

Minnesota shook off its bad luck with a thrilling 34-31 win over the Packers, where the two teams scored 18 points in the final three minutes. Greg Joseph kicked home the game-winner as time expired. The Vikings are 5-5, but it’s unlikely they catch Green Bay in the standings.

The Packers are 8-3 and have an iron grip on the NFC North.

Tom Brady and Tampa Bay ran away with a Monday Night Football win against the New York Giants. The Buccaneers are 7-3 this season, which means they have a two-game lead over the Panthers and Saints.