NFL football is finally back after a long offseason and it will be great to see fans in the seats after crowd capacity limitations in 2020. The defending Super Bowl Champion Buccaneers take on the Dallas Cowboys at home as they look to win back-to-back Super Bowls.

Expectations are high for the Cowboys as well with Dak Prescott back at QB after missing most of the 2020 season after dislocating his ankle in week 5 against the Giants. Jerry Jones isn’t getting any younger and Mike Mccarthy will likely be on the hot seat out of the gate after an unimpressive start to his tenure in 2020.

Brady looks to lead the Bucs to back to back titles, the last team to do so was Brady’s Patriots in 03-04

Tom Brady seems to age like fine wine and heads into his 22nd season and is not showing any signs of slowing down. Brady left the Patriots after 20 years and chose perennial loser Tampa Bay to reset his career and led the Bucs to an incredible run down the stretch that resulted in a Super Bowl.

The Bucs return all 22 starters and have a realistic shot at running the table and going 17-0. Gone is Drew Brees from the NFC South which makes the Bucs road through the division that much easier. The defense showed signs of dominance over the back half of the season and through the playoff run and could be up there with the league’s best.

The Cowboys look to bounce back from a rough 6-10 season and there is reason for optimism in Big D. Dak returns and the Cowboys have a full complement of weapons at wide receiver with Amari Cooper, Ceedee Lamb, and Michael Gallup combined with one of the games best rushers in Ezekial Elliot.

The NFC East seems to have a new winner each season and the Cowboys may be up this year as there is no team in the East with the talent that Dallas has. The Cowboys defense is still a question mark after finishing 28th in team defense in 2020. Cornerback Jourdan Lewis is back and the Cowboys signed safety Keanu Neal to help the defensive backfield while adding Brent Urban and Tarrell Basham to help stop the run on the defensive line. If the Cowboys can stay healthy they can compete with anyone as long as the defense can be in the middle of the pack.

The Buccaneers are favored by 8.5 heading into the Thursday night matchup and the over-under is set at 51.5 points. The Bucs should be fired up to play in front of a packed Raymond James Stadium to celebrate their 2020 title run and with Brady at QB you know he will come out taking some shots down the field to Antonio Brown and Mike Evans.

The Cowboys should be able to move the ball on the Bucs and keep the game competitive, but with Dak Prescott being out for most of 2020 we expect the Cowboys to be a little rusty in the first half as they look to get into a rhythm. I like to Bucs to win this matchup but don’t be surprised if we get a late backdoor cover from the Cowboys as their offense could gain footing in the second half. 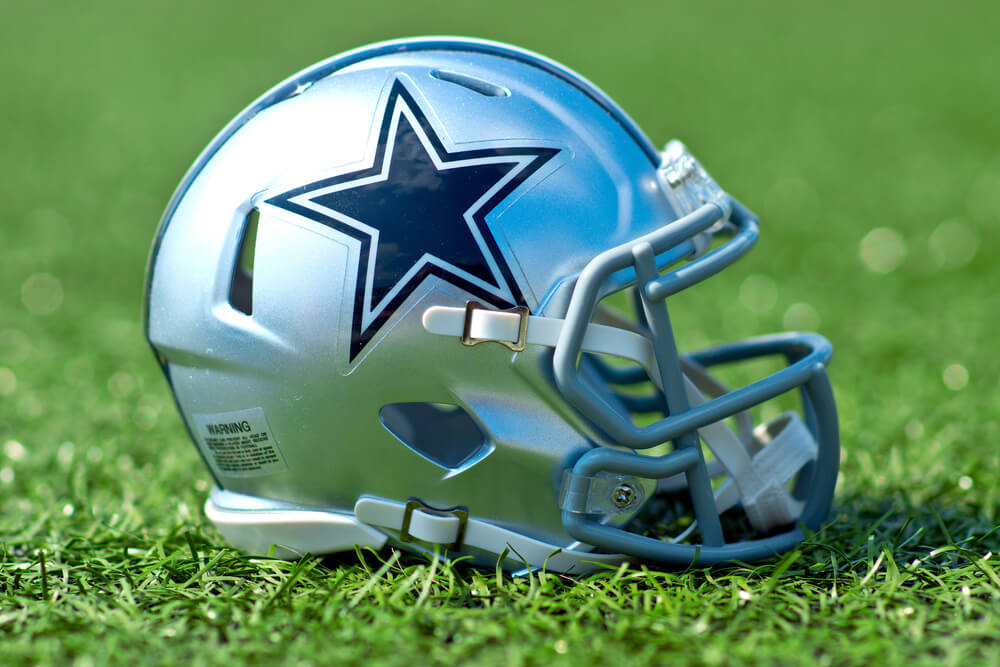 The Bucs should put up some points in the first half and I like their chances to cover the -4.5 in the first couple of quarters as they will be playing with plenty of emotion in front of the home crowd.

I like Zeke to get plenty of touches in this matchup as Dallas looks to slow the game down vs. the Bucs and keep Tom Brady on the sidelines. Even if the Bucs get up early Dallas will likely stick with the game plan of using the run to set up the play-action pass as Dak gets his first meaningful game action in nearly a year.

The NFC East was a dumpster fire of a division last year. ...

The Cowboys and Eagles will both be looking to improve upon their ...

Hall of Fame Class of 2020 Overview

The 2020 Hall of Fame class was the largest induction class in ...