The Cowboys and Eagles face off in an NFC East matchup Saturday Night with not much on the line from a playoff perspective, but both teams will likely want to build momentum as they get ready for the NFC playoffs in the next couple of weeks. The Eagles have already locked up their playoff spot as a Wild Card team and will likely bet the 6 seed. The Cowboys are currently in the 4 spot which means they will probably face a Cardinals team again in Dallas. 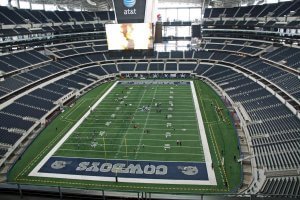 The Cowboys are the road favorites and will look to get back on track after a disappointing loss to the Cardinals last week. The Cowboys had won 4 in a row prior to the loss that sent them down the NFC conference standings. The Cowboys still have an outside shot to move up to the #2 spot in the NFC if they get some help, so they should be the more motivated team on Saturday.

Hurts and Elliot seem like good bets to get into the endzone on a cold and possibly rainy day in Philadelphia. Hurts struggled early in the year but has emerged as a solid two-way threat down the stretch and has 7 touchdowns rushing and 16 through the air this season. Elliot has 10 TDs this year despite being in and out of the lineup and only needs 85 yards to finish with over 1000 on the season. Dallas will want to keep Dak healthy in the season finale which means Zeke and Tony Pollard should get plenty of touches.

With both teams likely trying to just get through the last game without any injuries I think both offenses will be fairly conservative with their playcalling. The last thing either team wants after a long season is to lose a key player in the final week so I think we could be in for a low-scoring game with plenty of field goals. 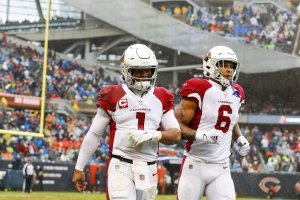 It is very likely that we will see another game between the Cowboys and Cardinals next weekend. The Cardinals got off to a great start in Dallas last week and you have to wonder if Dallas is spending their time this week preparing for a Cardinals rematch since their game against the Eagles likely won’t have any impact on the playoff standings.

The Eagles have won four in a row and are trending in the right direction heading into the playoffs and will probably play the Bucs in Tampa. The Eagles could get catch Tampa at the right time since they have been dealing with several injuries to their playmakers over the last few weeks and Antonio Brown was cut this week after losing it on the sidelines last week.

The Cowboys defense has shown big improvements this year but struggled keeping Kyler Murray in the pocket last week. They will face a similar QB this week in Jalen Hurts which will give them good preparation for their game against the Cardinals the following week. If the Cowboys d a good job containing Hurts is could give a good indication that their defense will be ready to go the following week.

Ezekiel Elliot has looked good down the stretch and he will have a big impact on how far the Cowboys end up making it this year. The Eagles have a good front four and will provide a good test for Elliot and Tony Pollard.