This Monday Night we have the rare opportunity to watch two games due to the Browns and Raiders game getting pushed back a day after both teams had several players out this week in Covid protocols. The Seahawks vs. Rams, and Eagles vs.Washington game were also pushed back to Tuesday, so if you are an NFL fan it can’t get much better than five out of the last seven days having games on TV. If the early Monday game and Tuesday game get good ratings it wouldn’t be a big surprise to see the NFL look to add other games throughout the week moving forward. If you want to get in on any of the NFL action over the next couple of days be sure to head over to our Betting Strategies page, where you can get the latest tips to take your bets to the next level. 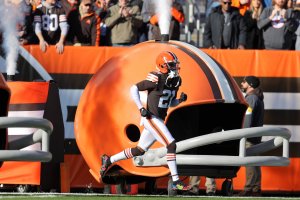 The Browns will be shorthanded against the Raiders on Monday

The Browns were hit hard with Covid and will have 23 players and three coaches out when they face the Raiders on Monday afternoon. The notable players out are Baker Mayfield, Jarvis Landry, Kareem Hunt, and Jadaveon Clowney. Head Coach Kevin Stefanski will also be out and it is quite shocking to see the Browns still favored by 3 points. Browns Backup QB Case Keenum also tested positive for Covid and third-stringer Nick Mullins will get the starting nod at home and will have to string things together on offense against an inconsistent Raiders team.

The Raiders have lost five of six and have lost all early-season momentum that they put together after firing John Gruden. Derek Carr may be on the move as the Raiders will likely look to reshape the organization with a new Head Coach and QB going into next season.

With the third-string QB starting for the Browns and near-freezing temperatures expected at game time, this could be a very ugly game offensively and we could see some low scoring from both sides. The Browns have a top 10 defense and have a little bit more to play for since they are still alive in the AFC Wild Card picture. 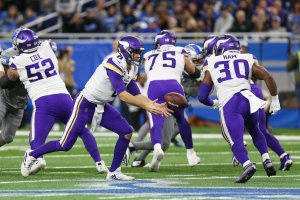 The Vikings take on the Bears in the regularly scheduled Monday night game in Chicago. The Vikings are the 6.5 point favorites and are still in the thick of the NFC wild card race. The Vikings have had some games this season where they look like one of the top teams in the league and other weeks where they look horrible and lose to teams like the Lions. Kirk Cousins is having one of his best statistical seasons with 27 TDSs and only five interceptions. The Bears are playing for next year and trying to get Justin Fields as many reps as possible in meaningful games. Fields has only six touchdowns to 10 interceptions in his rookie season.

Check out BetMGM or Unibet for the Vikings vs. Bears

Dalvin Cook is the best bet after he showed last week he was fully healthy in his 205-yard effort against the Steelers last week that also resulted in two scores. A decent sleeper pick would be Bears RB David Montgomery, who has run for 608 yards with 4 TDs so far this season.

The Rams and Seahawks face off on Tuesday night in a big NFC West matchup that suddenly has more meaning after the Cardinals loss to the Lions on Sunday. A Rams win would put them in a tie with the Cardinals atop the division standings at 10-4. The Rams put together a complete game last week against the Cardinals and will be looking to continue their momentum this week. The Seahawks could be entering into their last few games with Russell Wilson at Quarterback as he seems to want out of Seattle and the Seahawks could use a Wilson trade to get back several draft picks to help with a rebuild.

The Rams looked to finally have things rolling on offense last week against the Cardinals and I think they will put up an offensive display against a Seahawks team that has has shown major holes on the defensive end.