Bet365 Review
Nothing Found
About betting.net
Betting.net / NFL Division Round Preview, Bengals vs. Titans, What to Watch For, Prop Bets

The Divisional Round of the playoffs kicks off on Saturday and we have some exciting games on tap for the weekend. The Bengals and Titans kick things off in Nashville in what could be one of the most entertaining games of the weekend.

The Bengals won their first playoff game in nearly 30 years 26-19 over the Raiders at home last weekend. Joe Burrow was solid with 244 yards passing and 2 passing TDs for the historic Bengals win.

The Titans were off last week since they were the #1 seed and they will be well-rested and possibly have back one of the game’s best players in running back Derrick Henry. Betting.net is your one-stop shop for updates on the NFL playoff action and be sure to check out our betting offers page if you want to get in on the action this weekend. 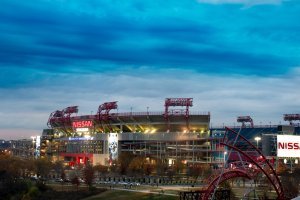 Henry has been out since week 9 with a foot injury and was thought by many to be out for the season. Henry rehabbed hard down the stretch and was cleared for contact in the last couple of weeks. The Titans haven’t said whether Henry will play or not, but if he is at 90% I think he will be playing in one of the biggest games in Titans history. The Bengals offense is playing lights out lately and I think the Titans realize how big of an impact Henry can have in keeping them off the field by controlling the time of possession. It may be a game-time decision for Henry but I would bet that he will be ready to roll on gameday.

Check out BetMGM or Unibet for the latest NFL Playoff odds

Can Tannehill keep up with Burrow? Burrow has the Bengals clicking offensively at the right time

Tannehill had a breakout year last year with 33 TDs but hut has had an up and down year so far this year with only 21 TDs and 14 interceptions. When you compare those numbers with Burrow, who has thrown for 34 TDs, the Bengals appear to have the advantage in the air on Saturday. I think this game will come down to whether the Titans can have success throwing the ball on the Bengals as it is very likely that the Bengals are putting in a ton of time this week preparing for how to stop the run and make Tannehill beat them.

The Titans are only 3 and a half point favorites at home which is a pretty lean point spread for the AFC’s top team in a divisional round. The oddsmakers have a ton of respect for the Bengals and they seem to be peaking at the right time. As mentioned above, the status of Henry is likely having a big impact on the game and if Henry shows up for warmups and looks like he isn’t having any side effects from his foot injury I wouldn’t be shocked to see the game line shoot up to -5 or even- -6 points.

The oddsmakers are factoring in that Henry will play but I think if he does he may not play the entire game which will decrease his odds of getting into the endzone. I like the odds that Joe Mixon or AJ brown both get into the endzone at some point. If one Titans receiver were to score on Wednesday I like the chances that it will be Brown.

The weather conditions look like they will be ok in Nashville Saturday with temperatures between 25-40 degrees without snow or much wind. As a result, I think Burrow and the Bengals will come out swingout early in the game and try and put pressure on the Bengals offense. The Titans are going to have to throw the ball to keep up with the Bengals and I think Tannehill should have no problem getting over 250 yards in this one. Check out our football strategist page if you want a quick refresher on how to bet on this weekend’s action.