Last Week the Bengals upset the #1 Tennessee Titans 19-16 with a last second 52 yard field goal from rookie Evan McPherson. The Chiefs skirted by the Bills 42-36 with a crazy back and forth exchange of points, until the home-fielded Chiefs got the ball first in overtime (which desperately needs to be a rule change). The Chiefs scored a touchdown to Kelce, which ended the game without the away-team Bills an opportunity in overtime. Before the big game, review the Best Football Betting Tips tool ensure big winnings with the last game of the season. 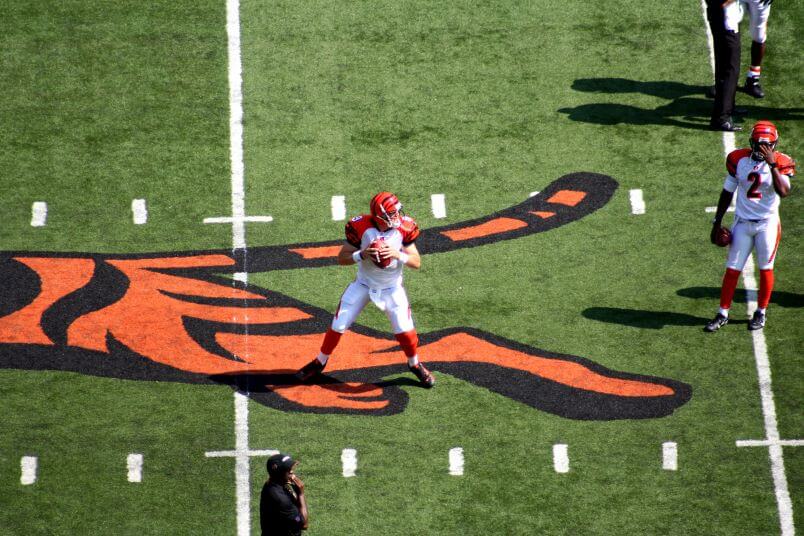 The winner of the Bengals vs. Chiefs AFC Championship game will play in Super Bowl LVI against either the 49ers or Rams.

Two scores against the Bengals is no easy task, that hasn’t happened since Week 13 against the Chargers. In fact, they have only lost by two scores one other time throughout the year (playing the Browns in Week 9). In the other five games they lost, they lost only by three points (except for the last game of the season vs. the Browns where they rested their starters, & they lost by five).

The Chiefs defense has been bad this year, just look at last week against the Bills. In the last five weeks of the season the Chiefs are 24th at defending QBs, 19th against RBs, & 29th against WRs. Their lone bright spot on defense is defending tight ends (which they ranked 4th in that time frame).  In fact, the last time these two teams played, in Week 17, Burrow threw for 446 yards and four touchdowns. Mixon rushed for 4.2 yards per carry, and Ja’Marr Chase had 11 catches for 266 yards and three touchdowns.

In this Week 17 matchup the Bengals won 34-31 at home with a last second field goal by rookie Evan McPherson (sound familiar?). The Bengals have the better running back, wide receivers, kicker, and defense. Burrow is having an MVP season, and can really show why he deserves the MVP over Aaron Rodgers with another impressive away victory against a team that is favorited to go to the Super Bowl. The Bengals average 26.2 points away, where the Chiefs average 26.1 points at home. Take the surging away team, Bengals for a big pay out.

Boyd has scored a touchdown a game in four of his last five games played, including against the Chiefs in Week 17. The Chiefs secondary has performed worse as the season has continued, and in the last five matchups of the year they are 29th at defending wide receivers and are 30th in the red zone. Get the Best Betting Offers to maximize your payouts on who you think will win, score, and perform.