As arguably the US’s leading gambling state behind Nevada, New Jersey continues to go from strength to strength. This was evident in October as the Garden State smashed its own sports betting record by some distance. New Jersey online sports betting sites took in a total of $1.3 billion which amounted to more than the entirety of Atlantic City’s land based establishments in September. 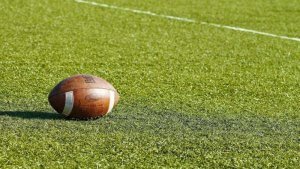 New Jersey was one of the first states to implement online gambling and it is clear that they are now repairing the fruits of their labor. The graphs only seem to indicate a continued rise in new online bookmakers and online casino gaming with online gambling making up the bulk of this rise. $1.2 billion of the $1.3 billion brought in in October can be attributed to online sports betting. The reason New Jersey has largely been so successful with online gambling is because their neighbors, New York have for the longest time been opposed to the idea. However, changes are in motion in the Big Apple as online sports betting is soon to be launched. What effect this might have on the growing sports betting and online casino industry in New Jersey remains to be seen but time will tell soon enough.

The battle between New Jersey and New York looms

New York has already chosen its preferred sites to launch in the state and they are aiming for these sites to be readily available before the Super Bowl in February. This means that New Jersey would now have a far more competitive fight on their hands to continue their significant online gambling growth. Punters from New York would now no longer have to make their way down to the Garden State to get their sports bets in. This may have a big effect on the gambling industry in New Jersey.

It’s strange to think that this is even a part of the conversation as New Jersey are fresh off the back of one of their most successful sports betting months ever. New York missed the bus by not having their sports betting sites ready in time for the NFL season. The NFL is who New Jersey gambling sites can really thank as NFL betting makes up the bulk of the bets taken in October by New Jersey sports betting vendors. Although to be fair to online sports betting lovers in New Jersey, they have not been quiet all year either. The first 10 months of the year saw New Jersey take in over $8.5 billion in sports bets.

Internet gambling continues to be the main draw for NJ gambling

It comes as little surprise to know that the bulk of gambling revenue in the Garden State can currently be attributed to online gambling. The New Jersey Division of Gaming Enforcement recently released information on gambling revenue which showed that $448 million was won in October from casinos and tracks. That is a 33% increase from October 2020. A fairly clear indication that gambling in New Jersey is on a steady rise.

All in all, there is a lot to be excited about if you are in the gambling industry in New Jersey. However, it will be interesting to see how these figures hold up next year when New York finally launches their own sports betting sites in February.

Indiana Breaks Its Own Gambling Records…Again!

When you talk about online gambling in the US right now it’s ...