NCAA basketball tips off Saturday with a month away from March Madness. Teams are in the heat of conference plays, which will help us see who will make the bubble or not. The Southeastern Conference (SEC) is ranked as the third best conference this year, with eleven of their fourteen teams in the NET (NCAA Evaluation Toll) top 100. The SEC betting guide features AP Top 25’s #25 Alabama at #4 Kentucky & #16 Tennessee at #23 Arkansas. SEC betting doesn’t have to just stop there, #2 Auburn plays Florida, LSU travels to South Carolina, Ole Miss will face off in Georgia, and Texas A&M will play Vanderbilt. Top Basketball Betting Sites are hard to find, but look no further as we have helped you figure out which ones are best in your area.

Currently the SEC has eleven teams in the top 100 in NET. This includes three teams in the top 10 (#3 Kentucky, #7 Auburn, & #9 Tennessee). Three more of those eleven teams are in the top 30 (#16 LSU, #21 Alabama, #29 Arkansas). #51 Mississippi State and #54 Florida both find themselves slightly on the wrong side of the bubble. #70 Texas A&M and #77 Vanderbilt play each other this Saturday, and one of them has a longer shot to make it into the tournament with a few upsets to go. South Carolina rounds out the list at #96 and at this point is essentially out of March Madness come a miraculous SEC tournament in March before the Madness.

The SEC has three bottom ranked teams that are essentially schedule fodder for easy wins in #114 Ole Miss, #146 Missouri, & #203 Georgia. Thus, the SEC is very tiered this year. Last year the SEC had six teams in March Madness, and that seems like the likely number this year as well. Right now it looks like Kentucky would be a #1 seed, Auburn #2, Tennessee #3, LSU #4, Alabama #6, and Arkansas #8. However, both Mississippi State and Florida have the chance to sneak in to be a #11 or #12 seed. 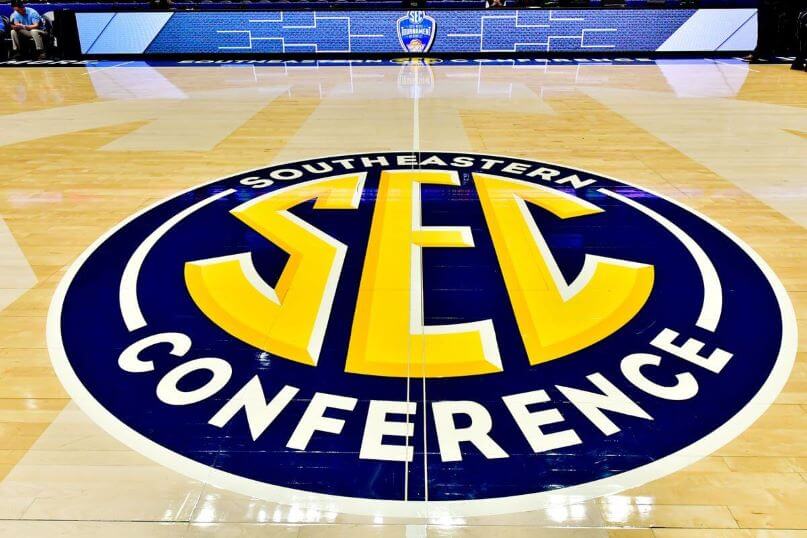 The SEC betting guide looks at two top-tier games all with ranked opponents.

The 17-9 Alabama Crimson Tide will travel to Lexington, Kentucky to face the 21-5 Kentucky Wildcats. Alabama has caused major upsets to teams like Gonzaga, Houston, Tennessee, & Baylor so far this year. However, all of those upsets occurred in Tuscaloosa, Alabama (or a neutral court for Gonzaga). The Crimson Tide are only 2-5 on the road this year. Those two wins were against the average Florida Gators and the sub-par Ole Miss Rebels.

Meanwhile, Kentucky is 15-0 at home this year. Furthermore, star Forward Oscar Tshiebwe plays his basketball at home. He averages 16.3 points per game and 16.1 rebounds per game at home. That is a small uptick in his points per game, but almost an entire rebound more at home. To make matters more impressive Tshiebwe has twenty double-doubles so far this year, including a current streak of eight in a row.

Kentucky gives up 10.8 fewer points than Alabama, while averaging 2.4 more assists per game, and .9 more rebounds. Take the Wildcats in points and spread in this SEC betting parlay. Before March Madness, research the best sports betting site bonuses to maximize your winnings.

Tennessee ranks #16 in the AP Top 25 poll, but will be shooting up the rankings as they took down #4 Kentucky earlier in the week 76-63. Now the Volunteers will go on the road and face the #23 Arkansas Razorbacks. The 19-6 Volunteers are 4-4 on the road this year beating okay teams (Miss State, Colorado, Vanderbilt, & South Carolina), while losing to top teams (Texas, Kentucky, LSU, & Alabama). Arkansas is closer to that second grouping of schools vs. the first grouping.

The 20-6 Razorbacks are 14-1 at home this year, which includes an impressive win against Auburn. Arkansas shoots 3.7 more points per game, and out rebounds the Vols by 2.5 rebounds per game. Senior Guard JD Notae plays better at home with improved rebound, steal, and block averages per game.

Betting has been on the incline as more and more states legalize it. 2022 online casinos are another fun way to make money. Keep those winning streaks alive.