Another week, another number one team upset. This week it was Purdue that was upset by an unranked Rutgers 70-68, and to make matters worse, it was by a last-second half-court shot. Next, Purdue barely escaped unranked North Carolina State, winning 82-72 in overtime. This weekend dropped Purdue to number three in the polls, where Baylor took number one after defeating number six Villanova 57-36. 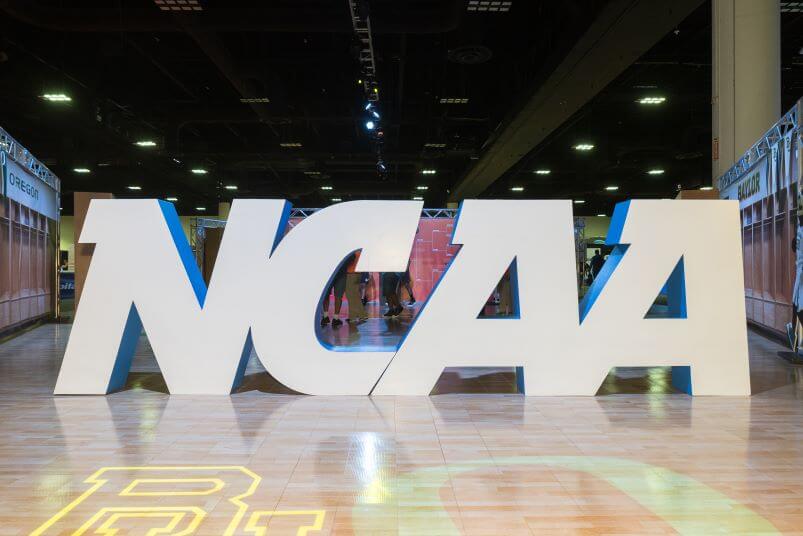 Other battles between ranked teams made this past weekend exciting. #21 Ohio State easily toppled #22 Wisconsin 73-55. Also, #23 Seton Hall beat #7 Texas 64-60, and then beat fellow-New Jersey squad Rutgers 77-63. This allowed them to move up seven spots in the ranking to #16 this week.

Michigan State also jumped up seven spots in the AP Poll to land at #12 after beating solid Minnesota and Penn State teams. #9 Alabama upset Gonzaga a few weeks back, and also took down #14 Houston with a last minute dunk to win 83-82. However, they could not hold off Memphis, and the Crimson Tide crashed 92-78.

To continue the trend of upsets this year, this week provided some big ones. West Virginia beat #15 UCONN, Notre Dame won out against #10 Kentucky 66-60, Oklahoma dominated #12 Arkansas 88-66, and Maryland took down #20 Florida. Use the best basketball strategies to help predict the upsets each week in NCAA basketball Pre-Christmas Weekend or not.

The Buckeyes and Wildcats will face off in Vegas as one of the games we’re gifted in this Pre-Christmas Weekend. Ohio State is on a four game winning streak taking down top teams Duke and Wisconsin. While Kentucky has only lost to Duke and Notre Dame. However, Kentucky has a NET ranking of 53 (compared to Ohio State’s 20) due to their easy schedule of filler teams in between those two losses. Ohio State is the more proven team, and Buckeye superstar Lidell put up 28 points and nine rebounds against Wisconsin last week. Go Buckeyes for the spread and money line against a cold and unproven Kentucky team.

*Game cancelled because of COVID

This week Gonzaga will take on the Red Raiders in Phoenix. Gonzaga ranks seventh in NET, while Texas Tech is at an impressive #19, only losing to 10-1 Providence this year. Texas Tech and Gonzaga both play similar styles of basketball scoring lots of buckets, while providing great defense. The Zags barely outscore, out-assist, and out-block the Red Raiders, while Texas Tech barely out-rebounds, out-steals, and allows fewer points per game against opponents. This game will be close so go for Texas Tech, so take their +9.5 spread, yet Gonzaga in money line.

This game is actually closer examining the NET ranking (algorithm that counts strength of schedule, winning percentage, and home/away/neutral site consideration). Xavier ranks sixteenth, and Villanova is at an honest ninth. Xavier has only lost to currently ranked #11 Iowa State, and they sport impressive defensive stats from 5.3 blocks per game to 8.4 steals per game. Take the Xavier side of the spread, and the Xavier money line for another Villanova loss to a ranked team (Baylor, Purdue, & UCLA).

Undefeated Colorado State will play the newly upset Alabama, who just lost to Memphis. The game will be played in Birmingham, which is not quite as neutral as Colorado State would hope. This will be the last Rams game before conference play starts. Look for Roddy to dominant on offense and defense with the Rams coming up top in a narrow victory.

Pre-season this game would have been a highlight, especially being played in Vegas, but North Carolina has not played up to expectations. North Carolina is #34 in NET and #27 in the AP Poll, but anytime they have played a good team (Michigan is not a good team), they have come up empty by at least ten points. This week will follow suit as the Bruins take an easy victory over ten point.

*Game Cancelled Because of COVID

*#21 Kentucky vs. North Carolina will play since both Ohio State and UCLA are dealing with COVID protocols. Instead of no games happening, they made a quick audible and will have Kentucky and North Carolina play. Look for Kentucky to win easy despite only having a -2.5 spread.

Late January NCAA conference play has not disappointed. There have been teams ...