The 16-2 UCLA Bruins travel to Tucson, Arizona to play the 17-2 Wildcats on Thursday, February 3rd. With sports gambling legal in Arizona, it is fun to use these NCAA Basketball betting guides to win big with the home team. Get the best basketball betting tips before placing any final bets to get the best payouts. 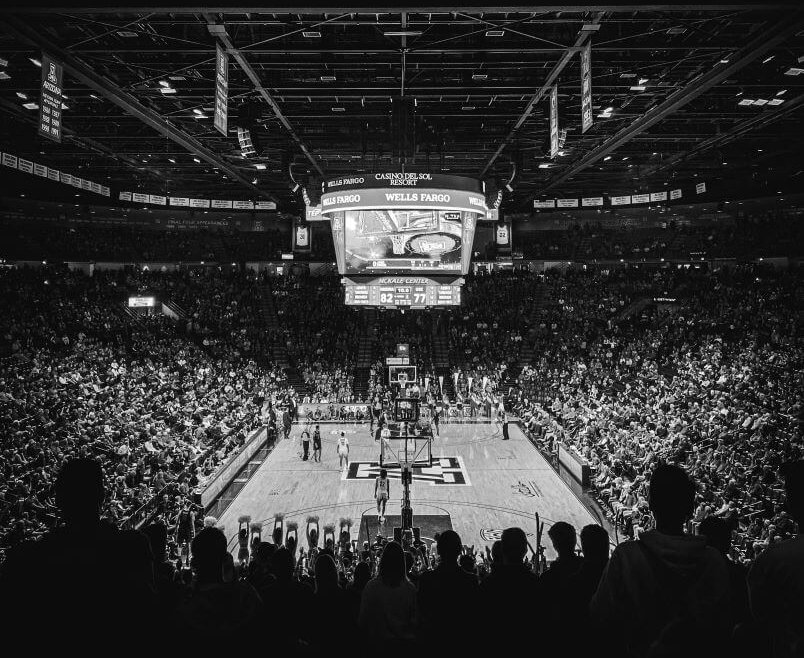 Despite about a month to play, this game will likely determine the winner of the Pac-12 Conference. BetMGM has odds for Arizona to win the conference at -115, and UCLA at -105. The next closest team is USC at +1200 and then Oregon at +2500. Currently UCLA has the Pac-12 lead by half a game over Arizona (as they have played one less game).

Last year six Pac-12 teams made it into March Madness. Currently, this year only four are predicted to make it (Arizona, UCLA, USC, & either Washington State or Oregon). Arizona has no easy task, as they take on the #19 USC Trojans later this week. UCLA will get an easier task of traveling upstate to face the 6-12 Arizona State Sun Devils in Tempe (Phoenix).

The NET ratings (NCAA Evaluation Tool) currently ranks Arizona at 3rd and UCLA at 11th, meaning that if these two teams were in the March Madness tournament Arizona would be a one seed, while UCLA would be a three seed. Take the team that has the better odds to win the tournament with Arizona +1400 (while UCLA is at +1600).

The last time these two teams met, a week ago, UCLA beat the Wildcats 75-59 in Los Angeles. This week,  the game will be played in Arizona, which holds a huge advantage. Especially since Arizona is 11-0 at home this year. Their only two losses were on the road to UCLA and to #22 Tennessee 77-73.

Arizona ranks third of 358 in points scored per game with 86, led by Bennedict Mathurin. Mathurin averages 17.2 points per game himself, and averages a solid 6.1 rebounds per game. Last time he played the Bruins, Mathurin had a double double with points and rebounds.

Speaking of double doubles, Arizona’s Center Christian Koloko has two double doubles in the past three games alone. He averages 7.5 rebounds per game, 13 points, 3.2 blocks, and .9 steals. With high scoring teams, it is hard to find good defense, but the Wildcats have both with Koloko in the paint.

Other Games of Note

Iowa is ranked #24 in NET, while Ohio State is #19. That’s equivalent to a six seed playing a five seed. The winner of this Big Ten matchup will likely take the higher seed in the tournament when it comes time in March. Iowa’s Keegan Murray ranks fifth in the NCAA with 22.3 points per game.

Boise State currently holds first in the Mountain West standings by a game and a half over Wyoming. These are two teams are ranked #31 and #34 in the NET polls respectively. Take the home team in this tight matchup.

One of these teams will probably make the tournament, and the other is most likely going to be on the wrong side of the bubble. The last time these two teams played Stanford won in Washington, now the Cardinal will play at home.

Both of these teams have the chance of making the tournament in March, but whoever wins has the best odds. San Francisco is #36 and BYU is number #33 in NET. BYU only won by two points last game, take the Dons to win the rubber match.

Friday these two Big East schools will play in New Jersey. Both teams are 13-7, although Creighton is coming off a huge win against UCONN in Connecticut. Both of these teams have a good shot to make the tournament if they win on Friday.

The Mountain West has six teams that could make it to March Madness, however it would be likely only three to four of them make it in. Colorado State are at #38 (10th seed) in NET, while San Diego State are at #46 (12th seed).