We’re nearly 20 games into the NBA season so far and it has been quite an entertaining season so far with fans back in the stands and plenty of new teams emerging as contenders.

Several of the early season favorites like the Bucks and Lakers are sitting near the bottom of their respective conference standings, while young squads like the Bulls and Wizards are showing signs that they have staying power after their hot starts.

In the East, the 11th place Atlanta Hawks are only 4 games back of the first place Nets, and in the West, the Lakers are 6.5 games back despite being 9th in the Western Conference standings. If this pace keeps up we could be looking at an extremely competitive 2022 playoffs where anything can happen. Head on over to our Basketball Tips page if you want to get a thorough breakdown of how to interpret the different NBA odds and options.

How is your summer coming along? Things are about to get hotter …

Party Poker has just unveiled what could be a truly memorable deal. …

The Warriors have been the story of the league so far this year and just got word from team doctors that Klay Thompson has been fully cleared to resume all team activities this week. He is probably still a few weeks from playing in-game action but the Warriors could be a threat to break the all-time wins record if Thompson comes back at 90% of the player that he was before his knee and Achilles injuries. Lebron James came back from his abdominal injury in the last week and got into an on-court altercation with Isaiah Steward that resulted in Lebron’s first-ever suspension. Stewart was suspended for 2 games for pursuing James and had to be escorted off the court by multiple teammates. Lebron has been dealing with nagging injuries over the last 2 seasons and you have to wonder if they are starting to get to him as he hasn’t looked like the same player so far this season in limited action.

The Kings fired Head Coach Luke Walton Monday and named Alvin Gentry as coach. Walton came to Sacramento from the Lakers where he was thought of as the next up-and-coming young Head Coach. Gentry will get another shot to lead an NBA team after fairly successful stints as the Head Coach with the Suns and Pelicans and his up-tempo style should fit in well with this young Kings squad led by De’Aaron Fox.

Early Season Surprises in the East

In the East, the Bulls, Wizards, and Cavs have gotten off to impressive starts and after many painful years of rebuilding. The Eastern Conference has been a two or three-horse race over the last 10 years and this year there is a nice blend of talent from top to bottom. The Nets are leading the East despite not having Kyrie Irving while the Bucks and Sixers sit 7th and 8th in the conference although they were seen as the early season favorites.

Lebron James will miss this big matchup in Madison Square Garden due to his suspension but the Lakers and Knicks still have plenty of star power left on their rosters to make this game worth watching. The Knicks are 9-8 and have the roster to make a run in the Eastern Conference this year although they may be one player away from making it deep into the playoffs. 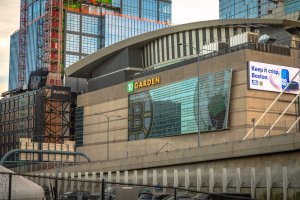 The Celtics have looked good this year under new head coach Ime Udoka and will take on the Nets at home in a nationally televised game. The Celtics moved on from Kemba Walker in the offseason and have given Jayson Tatum the keys to the franchise and he hasn’t disappointed and is averaging 25.7PPG.

Damian Lillard expressed some frustration with the Blazers franchise this week and could be on the move before the trading deadline. Big market teams like the Nets, Knicks, and Mavericks are teams to keep an eye on as they have the pockets and assets to potentially pull off a big trade for Lillard and boost their chances to help get them over the hump. The Warriors and Blazers are two of the best shooting teams in the league and this matchup should produce plenty of points.