The great thing about sports is that when one season starts to wind down (College Football) another one kicks into gear (NBA). The NBA season is great for sports betting fans because of the number of games throughout the season which means there are rarely any nights without a game on.

Although we are only ten games into the regular season, you can start to get an idea of what teams will likely be in contention and what teams will be in the lottery hunt. With the Bucks winning the title last year, it brought about a nice change to the typical Lebron James or Warriors title runs that we got used to seeing over the last decade. This year, it looks like the league is wide open once again with about 10 teams in contention to make a championship run which is great for NBA fans across the country.

If you want to learn more about all of the different types of NBA betting options take a look at our Betting Strategies page to get tips that can help you gain an edge.

Embiid out with Covid

The Sixers suffered a tough break over the weekend when Joel Embid tested positive for Covid and will be out for at least 10 days according to the NBA health and safety protocols. Embiid will be able to come back at some point next week but will miss big Eastern Conference games against the Knicks, Bucks, and Raptors and likely miss next Tuesday’s game against the Jazz as well. Embiid is averaging 21.4 points through 10 games and has the Sixers in first place.

Familiar Teams back in Contention The Chicago Bulls last made the playoffs in 2017 and have not been a serious contender since Michael Jordan left the team over 20 years ago but this could be the year that changes. The Bulls are off to a 6-3 start and have the look of a team that will be in contention all year. Key offseason additions Lonzo Ball, Alex Caruso, and DeMar DeRozan give the Bulls the length and athleticism to compete with the East’s top teams and have become one of the most exciting teams to watch early this season. Zach Levine is averaging 26.4 and Nikola Vucevic is averaging 13.4 as Billy Donovan has the Bulls playing an up-tempo style that fits their personnel extremely well.

There is still no update on the Ben Simmons front out of Philadelphia as GM Elton Brand and President Daryl Morey keep their cards close to the vest with their plans. Morey did share on a recent interview that he would like to get a star player back in return for Simmons, but it looks like there haven’t been any offers worth taking up to this point. With the Sixers playing great basketball without Simmons, it is highly unlikely that the Sixers will bring Simmons back into the fold and potentially risk with team chemistry. This Sixers 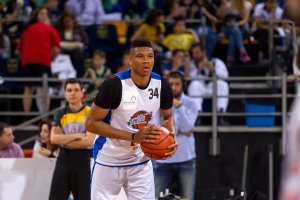 The Bucks head to Philadelphia to face the Sixers in a big Eastern Conference matchup that could be a preview of what we may see in the Eastern Conference Finals. The Bucks look like they are still suffering from a hangover from winning the title last year so it will be interesting to see if they will step up their level of play against a Sixers squad that will be without Joel Embiid.

The Heat travels out west to take on the Lakers in a rematch of the 2020 finals. The Heat look to be rejuvenated after a disappointing year last season and Kyle Lowry brings a new element of leadership and ball distribution skills to the young Heat squad. The Lakers have struggled to play consistent basketball in back to back games and are already dealing with some injury issues. The Lakers have the type of roster that may benefit from load management and trying to be 100% healthy when the playoffs start.

The Nets are still the favorite to win the title this year despite Kyrie Irving being a no-show but you have to wonder if the oddsmakers are factoring in an Irving return at some point.

The main story around the NBA over the past week has been ...