Night in and night out the NBA is providing excellent content this year with a very balanced league this year and what looks like no clear-cut favorite to win the Title. The NBA moved to the play-in game format during last year’s playoffs where the 10 seed takes on the 7 seed and the 8-9 seeds face one another to determine who gets the final two playoff spots. This year it looks like these games could produce must-watch content with the winners having a legit chance to make a deep playoff run.

This weekend we have some big-time games highlighted by a big matchup in the East between the bucks and Nets. On Sunday afternoon the Cavs take on the Warriors and the Grizzlies head to LA to face the Lakers in what should be very competitive matchups.

Defensive Player of the Year

Draymond Green is the early favorites to take home the defensive player of the year award after his solid start to the year. Giannis is a player to keep an eye on for this award if he falls out of contention in the MVP race where Steph Curry and Durant are the early favorites. 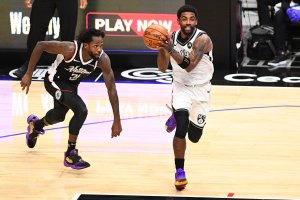 Kyrie is back playing road games for the Nets

The Nets are the early favorite to win the title this year even though the Bucks won the title last season. The Bucks are grinding away at another solid season in small market Milwaukee and I think they have a great chance to make a run back the finals. Giannis is one of the few players in the NBA that can defend Kevin Durant and if teams can neutralize Durant’s impact, the Nets are very beatable. The Nets lost their only matchup to the Bucs in the first game of the season in Milwaukee but will now get a chance to face them in Brooklyn. 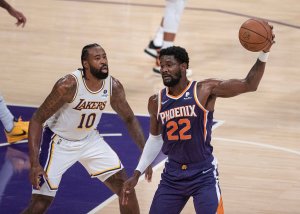 The Heat head to Phoenix to take on the Suns in a potential NBA finals preview Saturday night. The Suns are back on top with the best record in the league at 30-8 after the Warriors have dropped a couple of games in the last week. Deandre Ayton has been out with Covid over the last week and maybe available come game time Saturday. The Heat are 4th in the East but sit only 3 games behind the top seed Bulls and seem to be hitting their stride over the past month. The Heat doesn’t have a dominating presence like a Durant or Giannis but they do have a very deep and scrappy team led by Jimmy Butler, Tyler Herro, and Kyle Lowry who are are all averaging double figures. 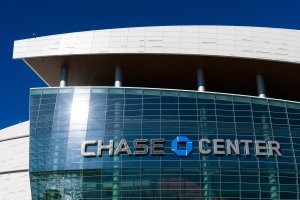 the Warriors are the favorites to come out of the West

The Cavs are one of the biggest surprises in the NBA this year and you have to wonder if Lebron James is starting to think about another move back to Cleveland to play with this young Cavs roster. The Cavs are led by players most casual fans have never heard of but if you get a chance to watch a Cavs game you will be very entertained. The Cavs take on the Warriors Sunday afternoon in what should be a very high-scoring game between two of the most athletic teams in the league. Steph Curry and Draymond Green get most of the national attention but the Warriors have done a great job reshaping their roster over the last few years and young players like Andrew Wiggins and Jordan Poole are both averaging near 20 points per game.

The Lakers have shown some life in the last week winning 4 of 5 and have gotten a big boost from Malik Monk, who is averaging 20 points per game over the last 10 games. The Lakers have been without Anthony Davis over the last week and he should be out for another 3 weeks after suffering a knee injury last week. That being said, the Lakers have played much better without Davis playing a more up-tempo with Monk and you have to start wondering if the Lakers will decide to trade Davis before the all-star break.