Let’s take a look at some of the teams that are off to a fast start, Finals Odds, and Top Matchups. 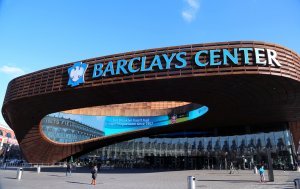 The Nets and Lakers still have the best odds despite slow starts and are followed closely by the defending champion Milwaukee Bucks and invigorated Golden State Warriors. The Warriors have a great shot to be the top seed in the West with Klay Thompson coming back any day now and will certainly be fun to watch the Splash Brothers back in action again.

Be sure to head over to our Betting Offers page to get the most recent sign-up bonus offers and list of promotions.

In the Eastern Conference, a big surprise has been the Sixers who entered the season with plenty of drama with Ben Simmons and are off to a great start. The Sixers will likely have more motivation to trade Simmons in the near future which should net them some additional pieces that could help round out their roster. Joel Embid is healthy and averaging 20.4 points with Tobias Harris and Seth Curry both averaging over 17 and the Sixers are shooting over 38% from 3 point range.

Another team to keep an eye on the East is the Miami Heat, who had a tough year last season after reaching the Finals in 2019-20. Kyle Lowry came over from the Raptors and will be a key piece on the Heat’s roster and has championship experience that will be a nice addition to the talented Miami squad. The Heat have a deep roster with 5 players averaging double figures and I like their chances to be one of the top teams in the East.

One of the big surprises so far in the NBA season has been the defending champion Bucks slow starts out of the gate. The Bucks are 4-4 and have struggled with injuries throughout their roster early in the season. With how much energy they put into winning the title last summer it wouldn’t be surprising to see the Bucks be in the middle of the pack in the East and try to position themselves to make a run in the playoffs as a lower seed.

Warriors Back in Contention A nice surprise for NBA fans has been seeing the Warriors back in contention after an impressive 6-1 start. Several of the Warrior’s young pieces like Andrew Wiggins, Damion Lee, and Jordan Poole are entering their primes and gel well with vets Steph Curry and Draymond Green. Klay Thompson is nearing a return to the Warriors and will add another element to this Warriors squad that has more depth than any of the teams that won the NBA title. If the Warriors can stay healthy they have a great chance to stay at the top of the Western Conference standings and make a deep run in the playoffs.

The Lakers have one of the oldest rosters in the NBA and are banking on their experience being the difference-maker in 2021. So far there have been some personality clashes between Anthony Davis and Dwight Howard and Lebron James is out with an abdominal strain which is a bit of a concern for Lakers fans. The Lakers will likely be in the middle of the pack throughout the rest of the season and with their older roster will be trying to head into the playoffs healthy and hopeful to win another Championship.

If you are new to NBA betting check out our Strategies page where you will get a full breakdown of how to maximize your NBA bets.