We have less than a month left in the MLB regular season and if the upcoming weeks are anything like the past couple of weeks we should be in for an exciting finish. Three of the four wild card spots are up for grabs and the teams in contention seem to be rotating out of the spots every couple of days.

Let’s take a look at who’s hot, and what to be on the lookout for in the last few weeks:

After months of battles to stay atop the division leaderboard, the playoff picture is becoming clearer in both the AL and NL.

In the AL, the Rays are up 9 games in the East, while the White Sox are up 12 over the Indians in the Central, and the Astros are up 6.5 over the Athletics in the West.

In the NL, the Brewers are up 14 games on the Reds in the Central, the Braves are up 4.5 over the Phillies in the East, and the only division that looks like it may come down to the wire is the NL West, with the Giants up 2.5 over the Dodgers. 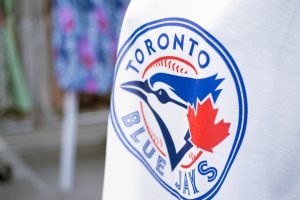 The Blue Jays have come out of nowhere in the last month and are now leading the AL Wild Card over the Red Sox and Yankees.  The Blue Jays are led by two up-and-coming stars and second generational MLB players in Vlad Guerrero JR. and Bo Bichette.

The Blue Jays lead the league in team home runs this year with 230 and have Robbie Ray in the thick of the AL Cy Young race with a great chance to win it if he can finish strong over the last month. Keep an eye on the Jays if they can get into the playoffs as they have the perfect combination of young arms and power bats to go deep.

Max Scherzer has been lights out since joining the Dodgers and reached his 3,000 strikeouts in yesterday’s start. He is now the favorite to win the NL Cy Young after going 5-0 with a .61 ERA in his last 5 starts. The Scherzer/Buehler duo will be tough to beat come playoff time and the Dodgers are going to have to play extremely well in the last few weeks to catch the Dodgers and avoid the one-game wildcard spot. 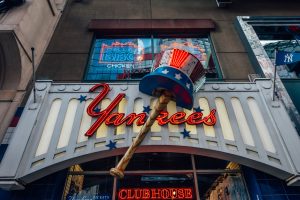 The Yankees and Mets had an epic clash over the weekend at Citi Field to commemorate the 20th year anniversary of their matchup to bring back baseball after the 9/11 terrorist attack. Saturday’s anniversary game had old players and coaches from the 2001 Mets and Yankees team back to participate in a pregame ceremony that was a great sight to see. In Sunday night’s matchup, it was a playoff atmosphere that had several lead changes, player confrontations, and Francisco Lindor having a massive night going 3-4 with three HR’s including the go-ahead home run in the 8th to give the Mets the win.

In what could be a playoff preview in the AL, the Rays head to Toronto for a big series that could see plenty of runs. The Blue Jays need to keep their foot on the gas with the Yankees and Sox on their heels for the AL wild-card spot.

Later in the week, the Mets host the Phillies in a three-game series that will have major playoff implications in the NL Wild Card spot. The Mets could get back Jacob Degrom at some point in the next few weeks and could do some real damage if he is healthy and back throwing 100MPHs fastballs in two starts over a five of seven-game playoff series.

The Giants and Brewers odds present an interesting value play with the Dodgers possibly having to play in the one-game wild-card game where anything can happen. The Giants or Brewers will also likely get to face a Dodgers team that will have used one of their aces (Scherzer or Buehler) in the wild card game.