The MLB playoffs have brought about a couple of big upsets so far which show that anything can happen when we get into playoff time.

One of the big surprises so far has been the Atlanta Braves, who came into the playoffs as a significant underdog to the Brewers but ended up with the series 3-1. Additionally, the Red Sox stunned the Rays in 4 games after a controversial call in game three helped the Red Sox get an early edge in their series.

If you want to get in on the MLB action be sure to check out our promotions page for the most up-to-date sign-up bonuses and more.

The Astros are now the World Series favorites after their 3-1 series win over the White Sox and they will square off against the Red Sox in the ALCS. The Giants vs. Dodgers game 5 winner should be the favorite by Thursday due to the strength of both teams pitching staffs. 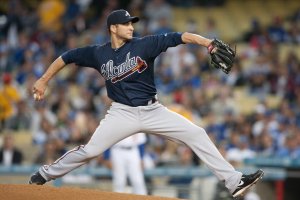 The Braves dropped game one to the Brewers 2-1 but rebounded to win 3 straight games to move on to the National League Championship Series.

The Braves pitching staff was the story of this series as they held the Brewers to 5 runs over 4 games and shut out the Brewers lineup in two of the four games. The Brewers came into the series and the playoffs with the pitching staff that was getting most of the hype with their record-setting performance throughout the season.

The Braves will have an extra couple of days to rest up to face the winner of the Dodgers vs. Giants winner, which could end up being a big advantage as both teams will likely have all hands on deck with the pitching staff in Game 5 and could be shorthanded in Game 1 of the NLCS. 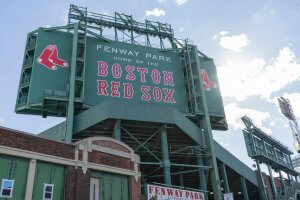 Another shocker this postseason was the Red Sox making quick work of the best regular-season team in baseball in the Tampa Rays. Like the Braves, the Red Sox lost game one but put together three straight wins as their bats came up big and combined for 31 runs across four games. The Rays bullpen had a rough series and their front office will have to take a hard look at if the Rays are not constructed with enough power arms to win in the postseason like the rest of the teams that are left standing have.

The Red Sox have been playing with a ton of confidence heading into the playoffs and have a similar look like the 2019 squad that won the World Series. I would not be shocked to see the Red Sox vs. Astros series go to 7 games as both teams are playing exceptionally well at home.

The Astros were the most dominant of the playoff teams so far as they feasted on the White Sox pitching staff and outscored the White Sox 37-12 in their 3-1 series win. The Astros are the most hated team in baseball by people outside of the Houston area stemming from their cheating allegations during their World Series run in 2017 that was brought to light in 2019.

Despite the hate, the Astros are showing how talented they are without the assistance of technology and would make for an interesting storyline if they can advance to the World Series with the hopes of vindicating themselves. 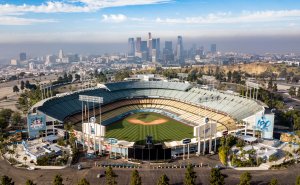 The Giants and Dodgers series has been an exciting one to watch with two Giants shutouts, and two Dodgers offensive outbursts in their wins. It will be interesting to see what Dodgers team shows up in game 5 in San Francisco as both teams will be desperate to extend their seasons after winning 100 games each in the regular season.

The Giants will have Logan Webb on the mound at home going against Julio Urias from the Dodgers. Webb through 7 shutout innings in game 1 and used his power sinker to keep the Dodgers bats at bay. Urias has equally as impressive stuff so it could be a very low-scoring game and both teams will likely be looking to steal a run early in the game to put pressure on the other team.

As much as I like this Giants team I think the Dodgers bats come alive the second time around against Webb and win something like 2-1.

The first Friday of the MLB postseason is here and it is ...

The big story in baseball over the last week has been the ...