Another weekend of MLB action saw the postseason landscape shift. For some like the red hot Yankees, that’s a good thing. For others, like the sulking San Diego Padres, the future doesn’t look bright.

We’ll break down all the latest wild card implication, and before that we’ll talk about the Little League Classic, and the Baltimore Orioles as they approach an infamous record.

Angels shut out by Indians in Little League Classic

Ohtani, Trout and the Angels made the trip to Williamsport Pennsylvania on Sunday to square off against the Cleveland Indians. The game took place in front of 16 enthusiastic teams of pre-teens who were there to take place in the Little League World Series. The stars of the future provided a raucous atmosphere as they cheered, and occasionally jeered, the stars of the present.

Although the Angels had the big name players, the Indians made the big time plays. Cleveland’s Cal Quantrill suffocated the Los Angeles batters over seven innings of work. He allowed two hits and struck out nine in his share of the combined shut out. His stuff only got stronger as the game progressed, retiring the last 13 hitters he faced.

Amed Rosario hit a two-run homer off of Jose Suarez in the first inning, and Austin Hedges came around the score after hitting a double in the fourth. It was all the offense Cleveland would need on their way to 3-0 win and a three game sweep of the Angels.

There was plenty of fun to go along with the games. Indian’s Triston McKenzie threw bubblegum to the kids and multiple baseballs were sent over the net from the pros to the little leaguers.

The Orioles are only a few games away from setting an MLB record. Although, it’s probably a record they would prefer not to set. After Sunday’s 3-1 loss to the Atlanta Braves, Baltimore has now lost 18 straight games, and have been swept in five consecutive series.

The modern league record is 23 games, set by the Phillies in 1961. With every game the Orioles are proving they may have what it takes to set the new mark. Good news for Orioles fans and players alike, they won’t lose their game today! They have the day off before they pick back up against the Angels on Tuesday.

All Eyes on the Wild Card

Similar storylines exist in the NL and AL which only has one wild card spot up for grabs in each league. In all likelihood, the AL East’s second place finisher will get a spot as New York, Boston, and Tampa Bay are all above 70 wins.

The Red Sox are third in the division, and tied with the Oakland A’s for the second wild card berth. It’s possible Seattle or Toronto could squeeze in as well, with the teams being three and four and half games back respectively.

I’d bet on Oakland to get the last spot in the AL, as the three East teams are likely to cannibalize themselves in the coming month. If you want to place your bets on who will get to the playoffs go and find our Betting.net best bookmakers to see where you’ll find the best odds. 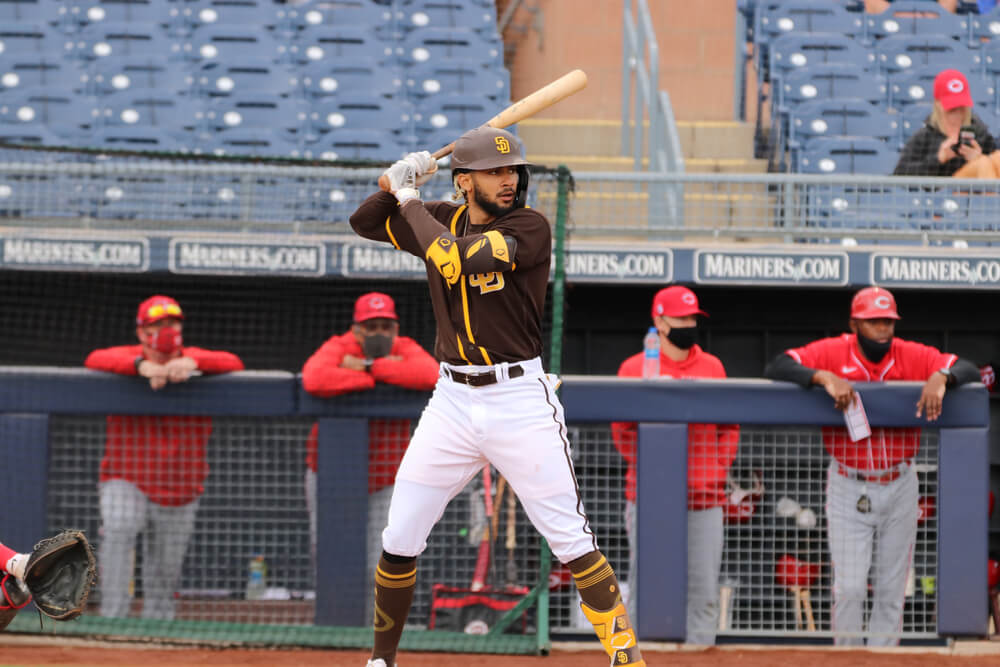 Tatis Jr. at the plate for the Padres (Keeton Gale/ Shutterstock)

The other wild card battle sees the NL west dominate the race. The Giants and Dodgers have the two best records in baseball with San Francisco currently at 80 wins and Los Angeles with 78. Whoever doesn’t win the division will get the first spot.

That leaves one more spot which had been squarely in the hands of the San Diego Padres. Everything has changed over the past week as the Padres went 2-8 and left the door wide open for a surging Cincinnati Reds team who are now in control with a one game lead over the Friars.

With only a little more than a month left until playoffs, things ...