The big story in baseball over the last week has been the St. Louis Cardinals, who have won 16 straight games and only need one more win to lock up the 2nd NL Wild Card.

In the AL, the Yankees have been on a tear and are back from the dead to lead the AL Wild Card race as the Blue Jays have struggled in the last week.

Let’s take a look at the weeks top matchups, and potential playoff matchups:

The Yankees head to Toronto for a three-game series that will likely determine who gets into the playoffs between the two teams. The Blue Jays were the talk of the league for the last month, but have had one bad week and now may find themselves on the outside looking in come playoff time.

Here are the pitching matchups for the 3 game series:

I like the teams to split the first two games and the series and possibly the playoff spot to come down to Thursday’s game between Kluber and Ray.  I like Robbie Ray to be the difference-maker on Thursday and help get the Blue Jays into the playoffs.

Cy Young also up for grabs

The AL Cy Young will likely be decided in the Yankees vs. Blue Jays series as well as Gerrit Cole and Robbie Ray are the current favorites. This will be the final start for Cole and Ray and with Ray going on Thursday and Cole on Wednesday, a solid start with a Jays win should lock up the Cy Young for Robbie Ray. No matter who think is the favorite for this year’s Cy Young, place your bets over at the BetSafe sportsbook. The Braves have a 2.5 game lead over the Phillies in the NL East and face off in a 3 game series this week that the Phillies need to sweep in order to have a shot at the playoffs.

The Phillies have their ace Zach Wheeler going in today’s game and I think they have a chance to win 2 of 3 in Atlanta with the way they are playing. The Phillies then have a three-game series vs. Marlins while the Braves face a tough Mets squad. It’s not out of the realm of possibility that these two teams finish with the same record and are left squaring off for a one-game-winner take-all playoff for the NL East crown.

As of now with the playoff picture becoming much clearer, we are looking at the following playoff matchups:

What a crazy season it has been in the American League and it looks like the final playoff spot will come down to a Yankees vs. Red Sox one-game playoff to determine who gets to play against the Rays. 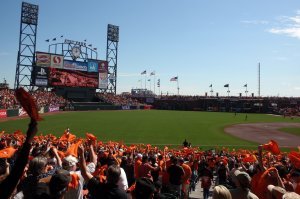 It seems like every team in the NL playoff picture has a legitimate chance of getting to the World Series with the way they all have finished down the stretch. The Dodgers are still the World Series favorite, but it looks like they will have a very difficult task against the Cardinals, who will be entering the playoffs as the hottest team in baseball.

The Dodgers and Cardinals will probably be all hands on deck with their pitching staffs in the one-game playoff, so the Giants will have a big advantage in the NLDS with a fully rested roster.

Wildcard Preview It’s time for the playoffs! This year’s playoffs will be ...