What a crazy past couple of weeks in the baseball playoffs as we are inching closer toward the World Series. The Dodgers finished off the Giants in a thriller in the divisional round and most assumed they would make quick work of the Braves in the NLCS. However, they now find themselves in an 0-2 hole with the series heading back to LA where they will need to get back on track in a hurry.

If you are looking to place some bets on the MLB action be sure to check out our baseball betting guide. One of the major advantages the Braves had in making quick work of the Brewers in the divisional round was that they were able to rest up and have their pitching lined up for the Dodgers. The Braves started ace Max Fried in Game 1 and he went six strong innings and only gave up two runs, while the Dodgers had to use their bullpen throughout the game. Austin Riley came up with a big RBI single in the bottom of the 9th to give the Braves a 3-2 game 1 win. 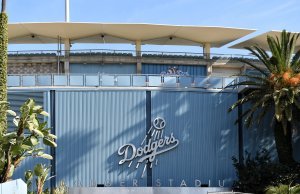 The Dodgers will hope to bounce back in Game 3

In Game 2, the Dodgers had their ace, Max Scherzer, on the mound and took an early 2-0 lead on the Braves in the first inning. The Braves evened things up in the 4th and Scherzer was pulled out of the game in the 5th inning with a 2-2 game. Both teams scraped together another couple of runs and headed into the 9th inning tied once again. Eddie Rosario came up with another clutch walk-off single to give the Braves a 5-4 win. 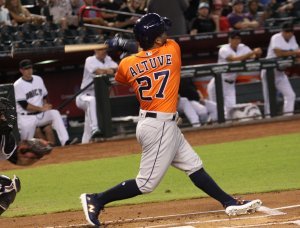 The Astros need to bounce back offensively in Games 4-7

The ALCS has been a bit of a surprise as well with the Astros taking Game 1 and then Boston taking the last couple of games.

In Game 1, the Astros won with the long ball as Carlos Correa and Jose Altuve both had big home runs late in the game to get the 5-4 win. Both starters struggled and were pulled after 2.2 innings. The teams then combined to use 8 pitchers to finish the game. Enrique Hernandez had a big night for the Red Sox as he went 4-5 and is hitting nearly .500 throughout the playoffs so far.

In Game 2 the Red Sox bounced back with a big offensive night which included grand slams in back to back innings which gave the Red Sox the early 8-0 lead. Nathan Eovaldi got the win on the mound going 5.1 innings and allowing three runs in a game the Red Sox ended up winning 9-5. 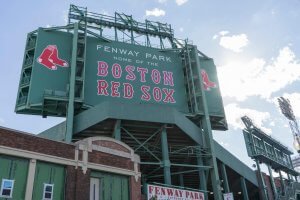 The Red Sox have been swinging the bats extremely well

It was more of the same for the Red Sox in Game 3 as they jumped on the Astros early once again taking a 9-0 lead in the third inning. Kyle Schwarber hit another Red Sox grand slam in the second as he has been one of the best mid-season acquisitions in years. Enrique Hernandez had another big night going 2 for 4. He now has 18 hits across 36 at-bats so far in the postseason. Boston won 12-3 and took the 2-1 series lead and are on the brink of putting this series away.

The Dodgers head back home for Game 3 with Walker Buehler on the mound in what is a must-win game. The Braves send out Charlie Morton who has been solid all year and we will likely see a low-scoring game in this matchup. The Dodgers will hope to get out to an early lead and have Buehler go deep into the game so they won’t have to use up their overworked bullpen.

In Game 4 the Dodgers will start Julio Urias with the Braves still undecided on who they will send to the mound.

The Astros will send out Zack Grienke to the mound for game 4 which is a bit of a surprise considering how Grienke has pitched in the playoffs over his career. Grienke has been an excellent regular season starter that eats up a ton of innings in the regular season but has struggled in the shorter playoff series as he is more of a finesse pitcher that can’t afford any misses in a playoff series. The Red Sox will send Nick Pivetta out for the start and we could be looking at another big offensive game as Pivetta and his 4.53 ERA gave up plenty of hits this year.

For the latest operator sign-up bonuses and promos visit our promos page for the most up-to-date offers.