The first bill for 2022 in the US is being brought forward in Missouri that would potentially allow for statewide mobile and retail sports betting that will be attached to gambling boats. This is now the 5th time that lawmakers in Missouri have attempted to push forward legal sports betting since an attempt in 2018 was turned down. 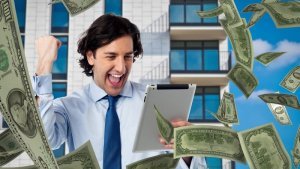 Republican Rep Phil Christofanelli filed House Bill 1666. Christofanelli has set the tax rate at 6.75% and also allows for sports governing bodies to request that certain betting types or sporting events be banned. The licensing agreements have been fleshed out in the House Bill 1666 by stating that licenses will cost an initial $50,000 application fee, a regular $40,000 annual fee which is split between $20,000 for administrative fees and $20,000 for renewal fees.

Naturally, the Missouri Gaming Commission would be the regulatory body that oversees this potential change in legislature. In order for the digital gambling market to function in the state, they would need to cooperate with existing gambling boats in the state. Digital platforms would then have to partner with these facilities and apply for an interactive sports platform license through them. The whole process will be a little more complicated than your average legal gambling state but it is not something that has never been seen in the US before.

More bills likely to be pursued

If history is anything to go by, we can expect more bills to follow the House Bill 1666. There have been multiple attempts in the past to push through legal online sports betting in Missouri but a general agreement has never been struck by lawmakers. There is a more promising feel about this particular bill but there really is no telling which way the votes will swing for the bill this time. One thing seems clever though and that is that there is progress being made on the matter.

The whole situation has been described as the “wild, wild west” in Missouri by Senator Denny Hoskins. Hoskins said that in an ideal world it would be a simple task to legalize sports betting and video lottery terminals in the state. However, he claimed that it’s the “devil in the details” that has marred this process and made things more difficult than they need to be. He went on to say that it was “time that we as legislators step up and get something done”.

Support from professional teams in Missouri

It may well take more than just the support of professional sports teams in Missouri to see the legalization of sports betting in the state realized. The lawmakers who continue to deliberate will have to find common ground if the vote is going to pass. Based on past results, we aren’t holding our breath just yet but there are signs of life for legal sports betting in Missouri and the dream may yet come to life in the near future.

What the Louisiana Sports Betting Tax Rate Means for Bettors

An inevitable part of the legalization of sports betting in Louisiana is ...