In spite of various opponents, Minnesota HB 778 was approved by the House State Government Finance and Elections Committee. The bill would legalize Minnesota sports betting both in retail locations as well as via mobile channels. 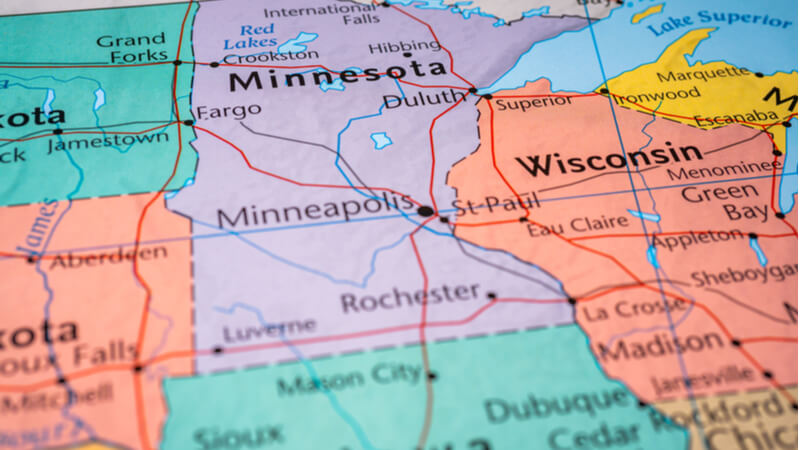 Minnesota closer to legal sports betting than ever before

After many years of trying, Representative Zack Stephenson has gotten farther than he ever has before in his efforts to legalize sports betting in Minnesota. His latest bill, HB 778, has passed the House Commerce Committee as well as the House State Government Finance and Elections Committee. Stephenson has long worked on bringing legal sports betting to the state, and while he does still face significant opposition on a variety of fronts, no legal sports betting bill has made it farther or had more support than this one.

The state’s tribes currently control retail casino gaming in the state, and they have long opposed the legalization of sports betting. Andy Platto is the executive director of the Minnesota Indian Gaming Commission (MIGA) which represents 10 of the state’s 11 tribes, and he says that unlike previous proposals this one has garnered support and continued input from the tribes. In addition to unprecedented tribal support, Minnesota governor Tim Walz has stated that he would sign legislation legalizing sports betting in the state if it passed.

Opposition is strong, but compromises are available

Many different groups are opposed to HB 778, but not all of them oppose legalized sports betting in Minnesota. Many legislators expressed concerns over the age restriction which would allow people as young as 18 to wager on sports. Rep. Stephenson prefers the lower age requirement as he feels raising the age will push 18-20 year olds towards illegal black market betting, but he has accepted an amendment setting the legal age at 21 instead. Simply making this small change will likely increase overall support of the bill. Representative Jon Koznick is not opposed to legal sports betting, but he thinks that giving exclusivity to the tribes “picks winners and losers” as it leaves out the state’s horse racing tracks and charitable gaming companies.

A public hearing on the bill included testimony from representatives for both the horse racing tracks as well as the Electronic Gaming Group that represents the state’s charitable gaming industry. They both pushed for their organizations to be included in the allocation of operator licenses, citing their experience operating other forms of legalized gambling as evidence that they should be included. The public hearing also included testimony from representatives of various religious groups who outright oppose any form of legal sports betting in Minnesota.

The timeline for implementation is still up in the air. With the bill leaving the Democrat-controlled House and heading for the Republican-controlled Senate it could face increased opposition, as the state’s Republican legislators have historically been opposed to legal sports betting. In addition, the opposing viewpoints could end up at odds. Many legislators are pushing for the state’s horse racing and charitable operators to be included, but the tribal coalition is unlikely to support any legislation that does not grant tribes full exclusivity over the market. Finding a solution that is acceptable for all parties is essential to getting the legislation passed, and while HB 778 has advanced farther than any previous legal sports betting legislation, it still has various obstacles to clear before it is able to be passed.

With every state bordering Minnesota as well as the neighboring Canadian province of Ontario allowing legal online sports betting in some capacity, it seems like just a matter of time before Minnesota comes on board. With many state residents either traveling to legal jurisdictions or placing bets via black market offshore sportsbooks, it is clearly in the state’s best interest to regulate the market and ensure that Minnesota receives the tax benefits involved with legal sports betting. HB 778 or a variation of the bill with changes sought by various groups could pave the way towards making legal sports betting in Minnesota a reality sooner rather than later.

Players in Arkansas have been limited to just retail betting for the ...

Which Parishes in LA have approved sports betting?