A recent survey from the State House News Service reports that 60% of Massachusetts state senators are in favor of legal sports betting in the state. In spite of the overwhelming support, Senate president Karen Spilka won’t commit to a timeline for getting legislation passed. 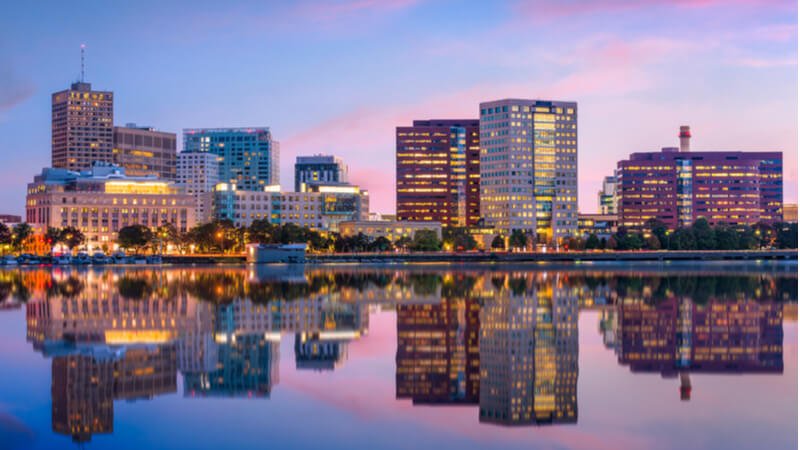 The State House News Service polled Massachusetts state senators for their opinion on legalizing online sports betting in the state. 60% of them indicated they were in favor of the concept, and while some responded that they were undecided or did not respond at all, not a single senator polled responded that they were opposed. Legislation that would allow Massachusetts to join their neighbors in New Hampshire, Rhode Island, and Connecticut in allowing wagers on sporting events has passed the House of Representatives, but has been stalled in the senate since last summer.

In addition to support in the house and support in the senate, Governor Charlie Baker is also in favor of giving bettors in the state a legal channel to place their wagers. After the state failed to legalize sports betting in advance of this year’s Super Bowl, Baker tweeted “We filed a bill in 2019 and again last year to make sports gaming legal. MA is losing out to neighboring states on this, especially during big games. Enjoy the Super Bowl, and let’s make sports gaming happen!”

Massachusetts residents are also broadly in favor of sports betting

In addition to broad bi-partisan support from legislators, the public also strongly favors legalized sports betting. In a poll conducted in the spring of 2021, 61% of Massachusetts voters said they were in favor. The number jumped to 72% when voters were asked if they would be in favor of legal sports betting if the revenue generated went to fund K-12 schools or welfare programs. With the vast majority of political issues unable to generate anywhere near 72% support from voters, the state is clearly doing its residents a disservice by continuing to delay the matter.

While many states are pressured into considering legal sports betting due to losing tax revenue to neighboring states, the geographical layout in Massachusetts magnifies the issue. New Hampshire was one of the first states to jump on board after the federal ban was struck down in 2018, with Rhode Island, Connecticut, and most recently New York following behind. With nearly every single Massachusetts resident living within an hour by car of a state that allows legal sports betting, it is only a minor inconvenience for residents to take a quick trip over state lines to place their bets. To highlight the point in recent gambling news, DraftKings reports that 28% of bettors who placed a wager on this year’s Super Bowl from the state of New Hampshire had a Massachusetts address.

In addition to the tax revenue benefit to the state and overwhelming support from both legislators and residents, supporters also view legalized gambling in Massachusetts as a pathway to diversity and closing the racial wealth gap. Senator Adam Gomez’s proposed legislation would allow small businesses to receive sports betting licenses rather than restrict operations to a handful of large corporations, allowing Black-owned businesses and other minority-owned businesses the opportunity to grab a piece of the lucrative sports betting marketplace.

When asked about the overwhelming support for legal sports betting and why multiple pieces of legislation either died or stalled out in the senate, Spilka dodged the question as much as possible. She declined to respond to the SHNS survey herself, and refused to commit to a timeline. Without mentioning any specific points of contention in the proposed legislation, Spilka alluded to the difficulty of hammering out the details involved as the cause for the delay. When pressed for her personal opinion, she stated: “It honestly doesn’t matter where I stand. If we’re able to reach a consensus, the intention is to bring it to the floor and debate it on the floor and let the senators decide.”

With no immediate resolution on the horizon, the vast majority of Massachusetts residents and legislators who want legal sports betting in the state will have to wait until Senator Spilka decides to make the issue a priority. The state’s coiffers will have to wait as well, as estimates have $30-50 million in tax revenue going to neighboring states instead in the meantime.

Our recommended bookmakers for December